The next generation of streaming video games is on its way

Google's Project Stream is a breath of fresh air.

There's a specific kind of frustration associated with crappy game-streaming services. It's all about the buildup: You find a game, whether it's something brand new or a long-lost childhood favorite, and boot it up. It takes forever to load. The title screen stutters and your heart drops, but it's easy to convince yourself it was just a bout of preliminary jitters.

And then the game begins. And stops. And starts up again. And stops. The dialogue is chopped, animations are disconnected and any type of action scene is impossible to control. Your character is killed five times in 10 minutes, and you're simultaneously filled with rage and an acute sense of loss. You exit out of the streaming service and spend the night playing Fortnite again.

That's been the story with so many streaming services over the years, from OnLive to GeForce Now. However, this entire ecosystem is poised to change. After years of impossible promises and half-baked public trials in an incomplete online ecosystem, streaming services are finally viable, and major companies like Google and Microsoft are teasing the future of the industry. 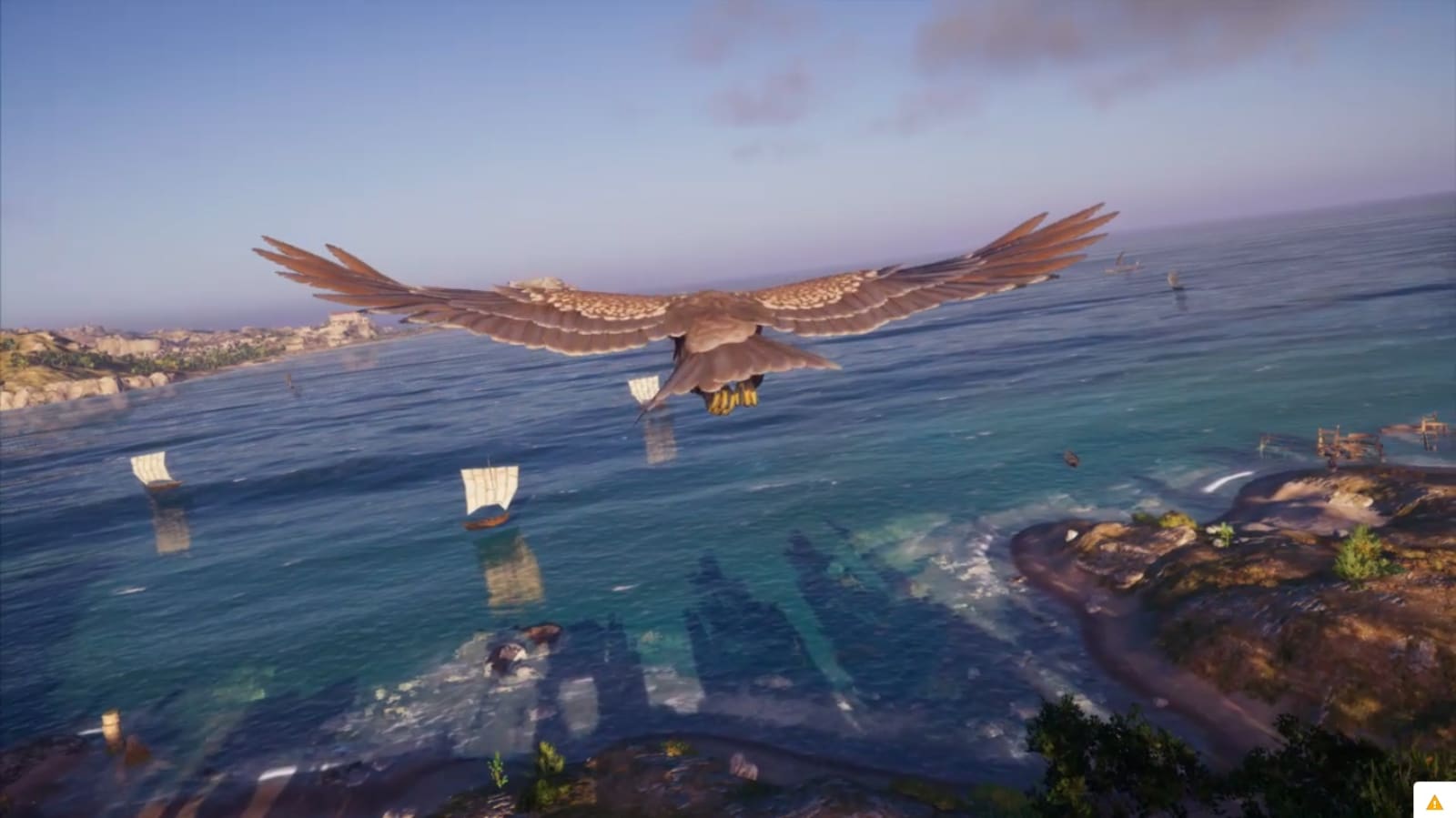 Earlier this month, Google launched the beta for Project Stream, a service that pledges to seamlessly run any video game on any laptop or PC.

We've heard this promise before, but it looks like Google actually gets it done. The Project Stream beta is limited to one title for now, Assassin's Creed Odyssey, a massive open-world game that landed this month across all modern platforms -- and, apparently, in the Chrome browser of my 2015 MacBook Air.

After checking my internet connection -- Google recommends at least 25 megabits per second -- Project Stream booted up the new Assassin's Creed and I was instantly transported to a mountainous battlefield in ancient Greece. The game performed beautifully, with slight popping and pixelation every now and then but rarely to the point of interrupting the actual gameplay.

I played Odyssey for a few hours in two separate locations and saw the same results: The game stopped once at each locale (my house and my dad's), complete with a page saying I needed a stronger internet connection to continue. 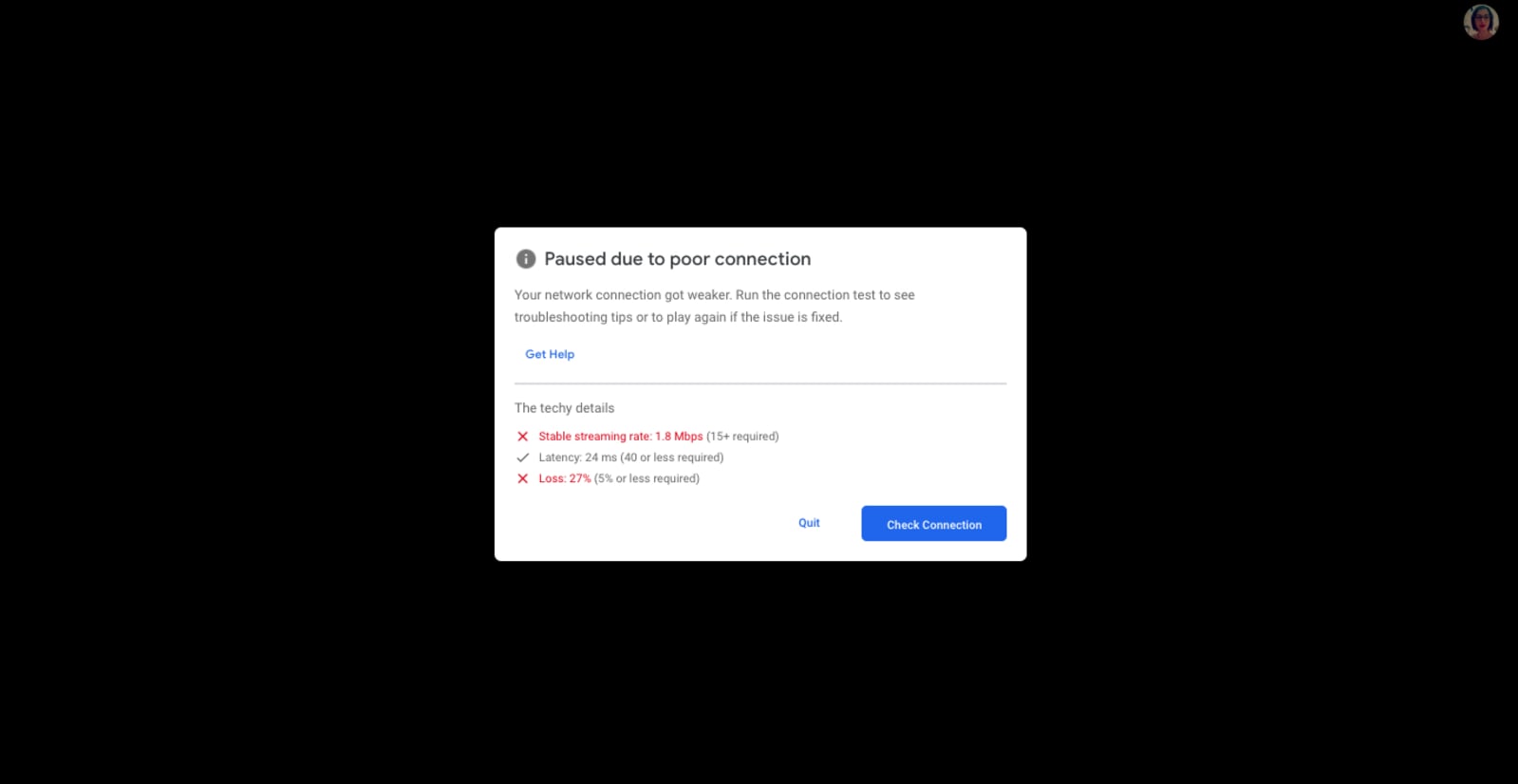 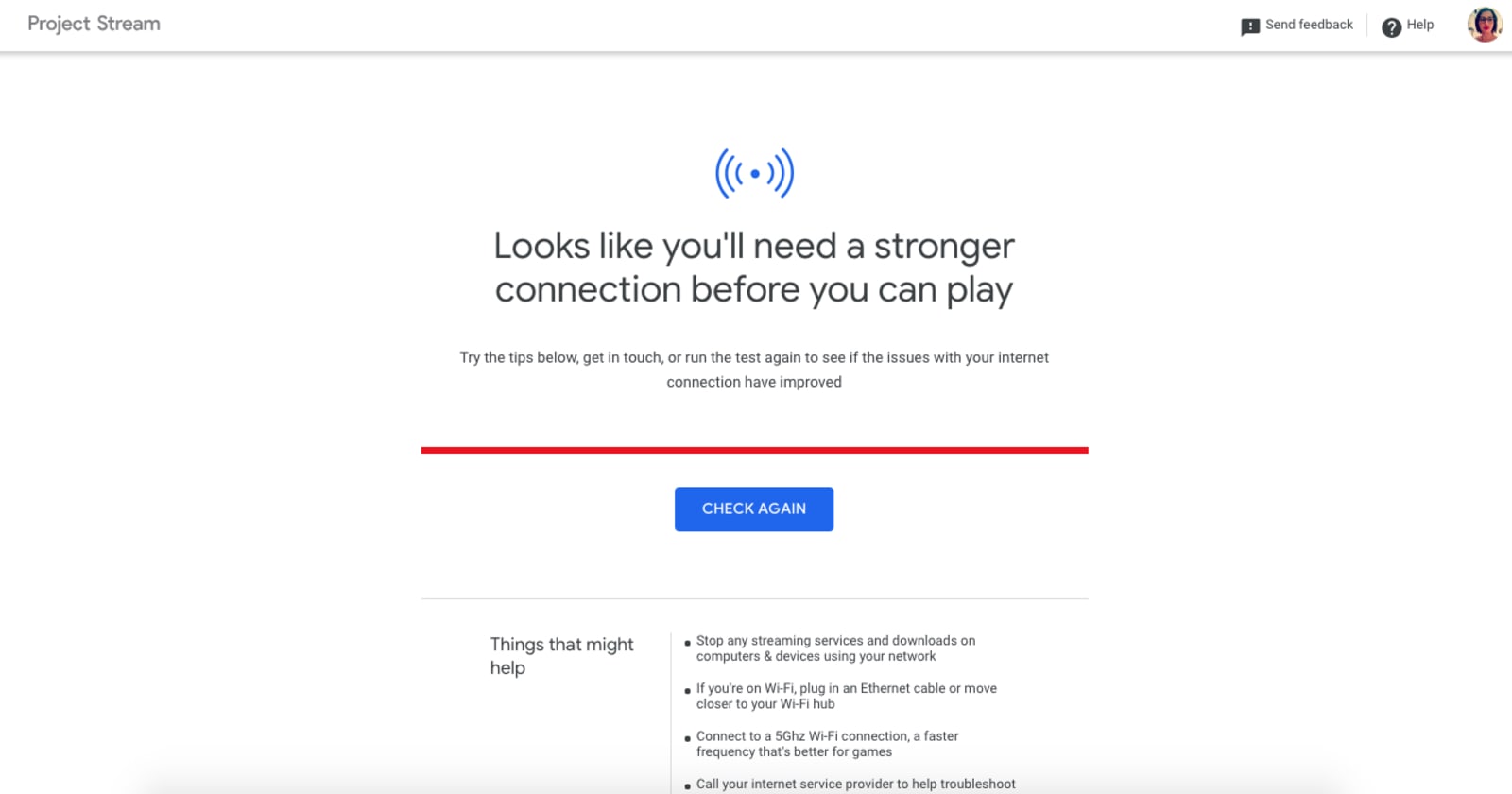 Each time, Project Stream ran a connection check, and after a few minutes, everything was back up to par. I resumed my game from right where I'd left off (wildly flailing my sword at hordes of sandaled enemies) and didn't experience any interruptions afterward. My internet connection was just strong enough to sustain Project Stream, and a small yellow icon at the bottom right of the screen reminded me that because of this fact, the game could pause at any moment.

However, after those initial pauses, it didn't. The actual game ran smoothly and only stopped when my connection became too precarious to continue, keeping the core experience completely intact. It never felt like Project Stream was impeding my gameplay in any way.

This is a remarkable achievement, especially considering how Sony's streaming service, PlayStation Now, chugs on my home internet connection, making even a game like Lego Harry Potter unplayable. And that's on the PS4, a console that's built to run the latest and greatest AAA games around. With Project Stream, my internet connection was the problem, while the service itself ran Assassin's Creed Odyssey in the Chrome browser of my MacBook Air with aplomb. 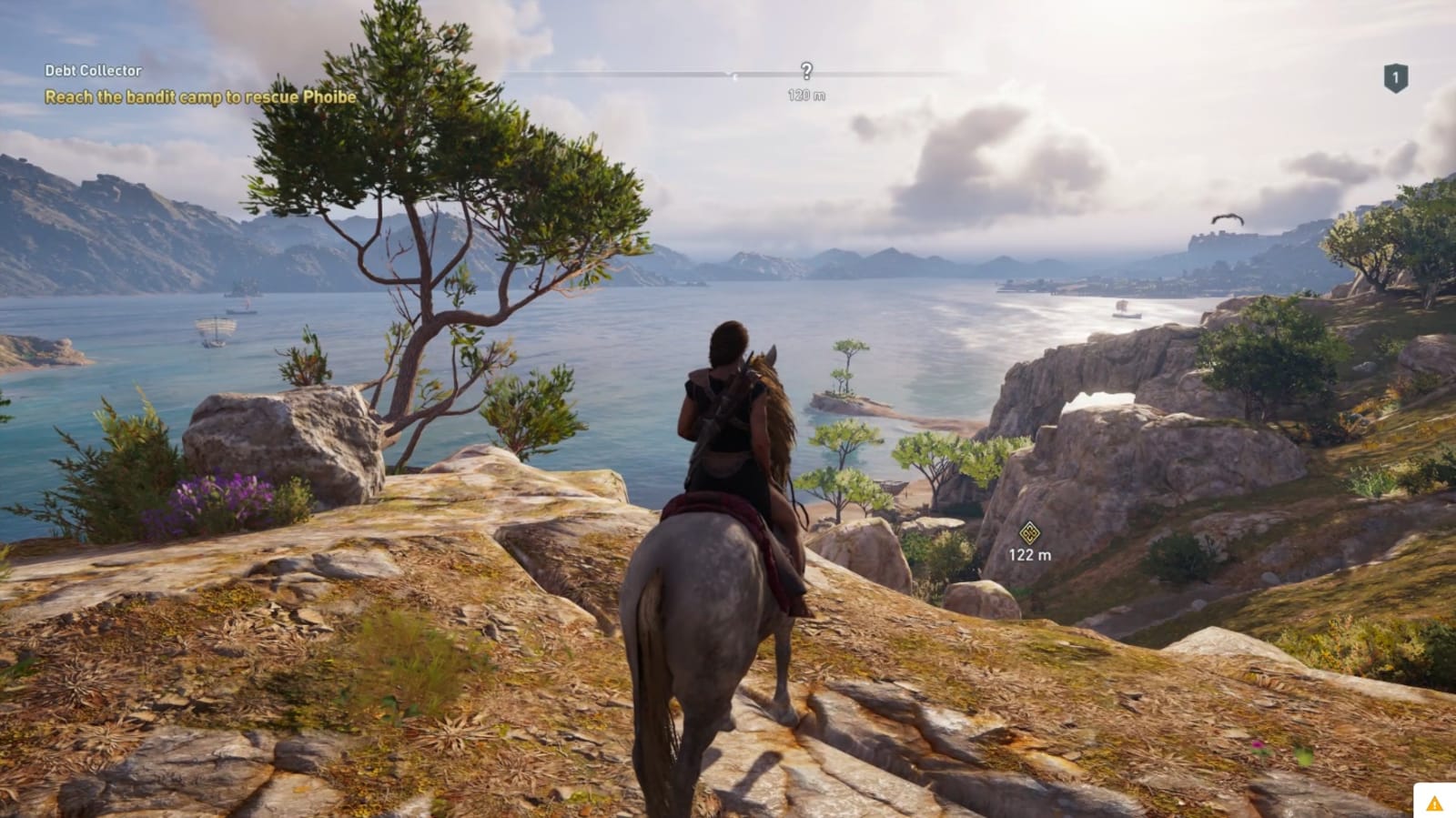 "Ultimately, Project xCloud is about providing gamers -- whether they prefer console or PC -- new choices in when and where they play, while giving mobile-only players access to worlds, characters and immersive stories they haven't been able to experience before," Microsoft CVP of cloud gaming Kareem Choudhry explained in a blog post.

Microsoft says Project xCloud will theoretically work with every game from the Xbox One onward, bringing these experiences to laptops, outdated PCs, tablets and smartphones with ease. Streaming is a massive part of Microsoft's plans for the next Xbox, with reports that the company is building two new consoles, one of which is designed specifically for streaming. 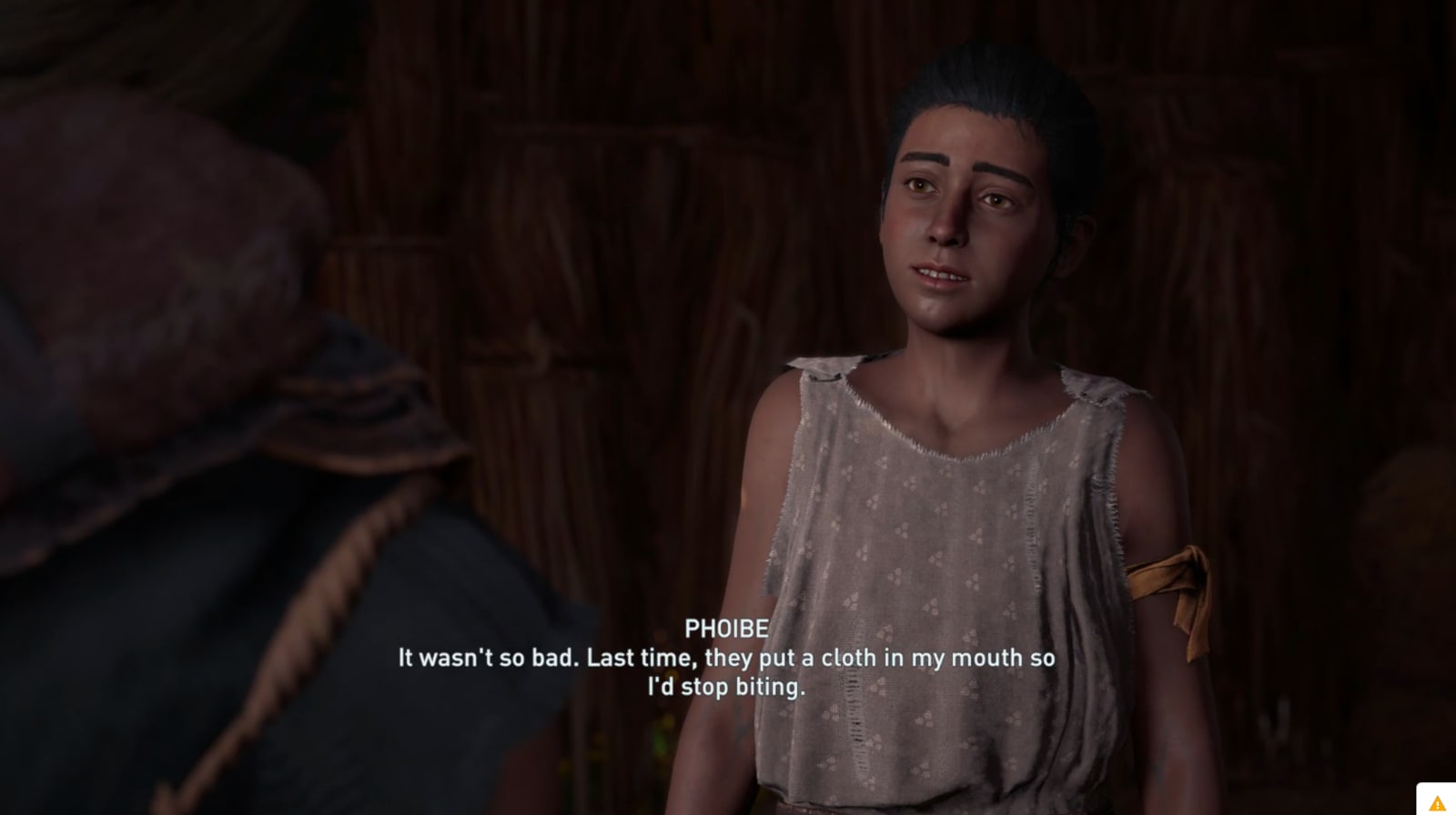 The backbone of Project xCloud is a series of high-powered, custom-built servers within the Azure network, and this infrastructure -- combined with years of internal R&D -- gives Microsoft an advantage in the streaming business, at least on paper. It plans to roll out a public beta for Project xCloud in 2019 while the new Xboxes are expected to land in 2020.

Meanwhile, Sony has been improving PlayStation Now on the consumer side, rolling out the option to download games and play them offline, which negates the low-quality streaming blues. With the next PlayStation console just around the corner, executives are surely deciding how much of a role streaming will play in the coming generation.

"If you look back at console gaming history, there are certain inflection points that allow for the industry to be upended and for new participants to emerge," former Sony Interactive Entertainment Chief Andrew House said in April. "One of those is when you have a wholesale shift in the distribution method. ... So, other than the technical challenges, there's no reason why game streaming can't be present in games in the same way that we have seen in the music and film and television industries." 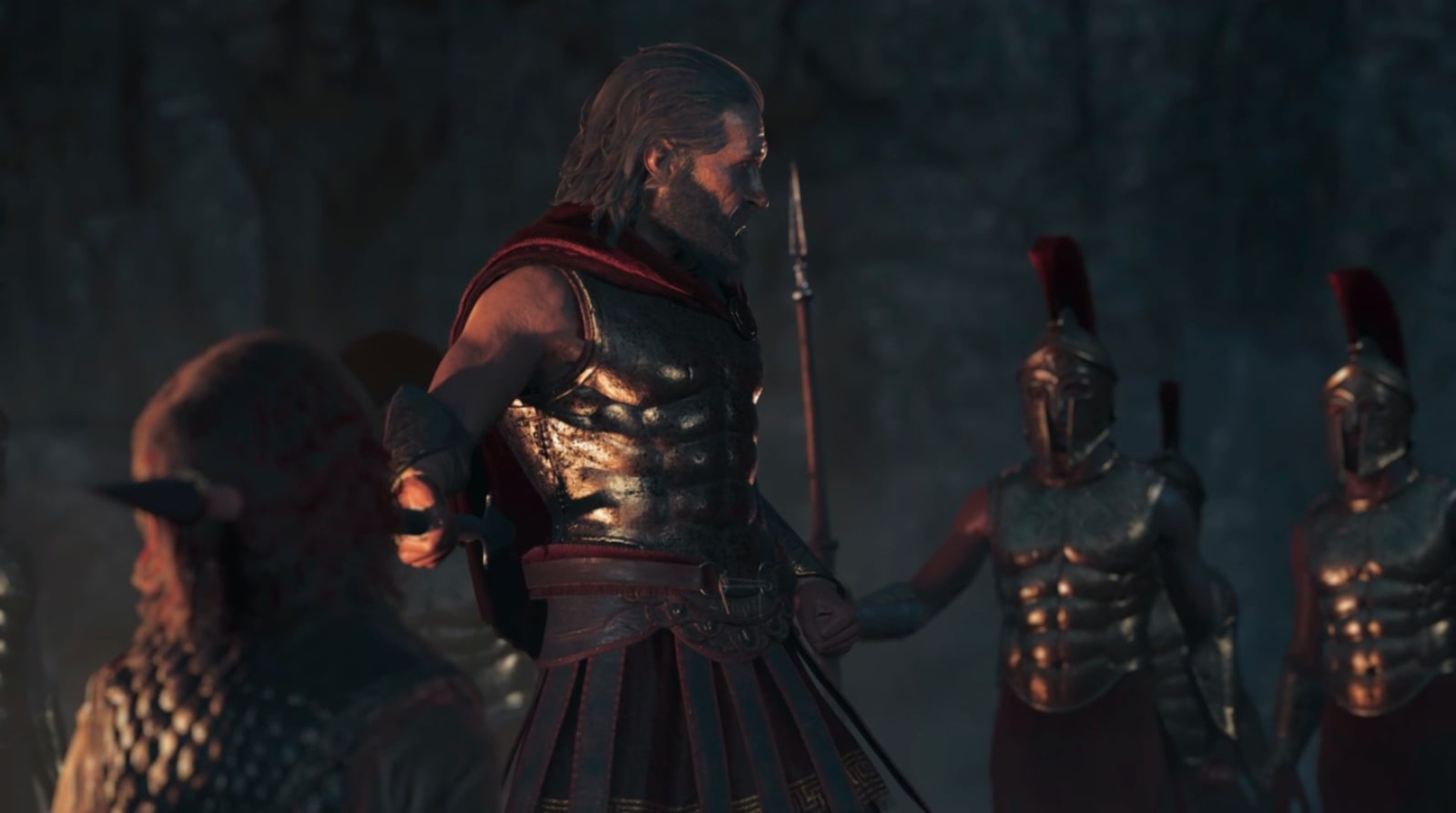 Much like Netflix forever changed the way we consume TV and movies, Project Stream, Project xCloud or whatever Sony cooks up could be the catalyst that ushers the video game industry into a new era of play. However, game discs aren't going anywhere just yet: It'll likely take a handful of years and at least one more console generation before streaming surpasses local downloads as the norm.

There's room for all of these services, and others, to succeed. When it comes to video game streaming, the near future finally looks bright.