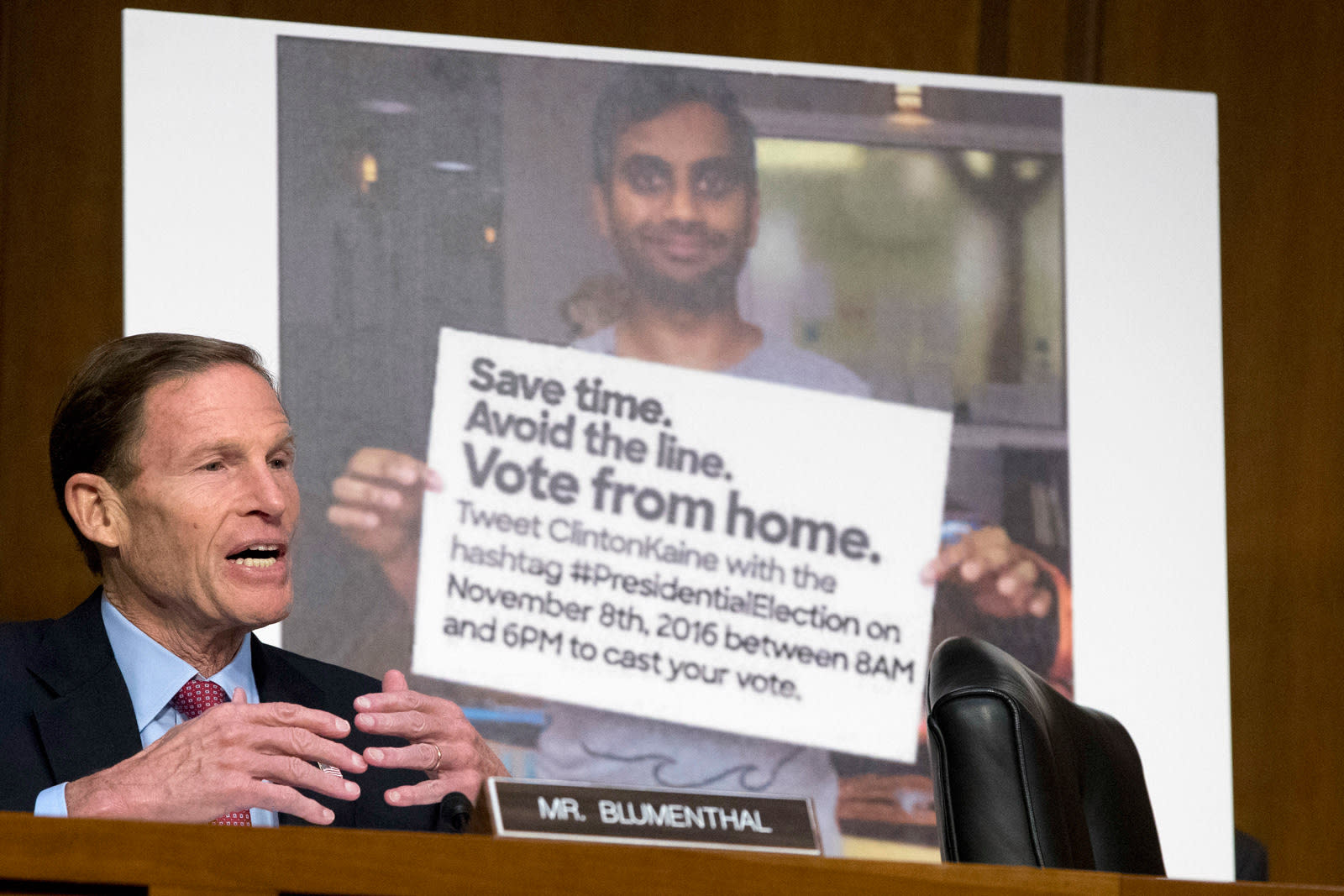 Twitter has previously cracked down on accounts linked to election interference campaigns and provided snippets of their tweets, but now it's flinging the gates wide open. The social network has published data sets with over 10 million tweets from 4,611 accounts behind "inauthentic" activity, 3,841 of which are from the Russia-linked Internet Research Agency with the remaining 770 possibly tied to Iran. The library also includes over 2 million GIFs, videos and recorded Periscope livestreams. As for why Twitter is doing this? Simply speaking, it can't study this data all by itself.

The company wants to promote "open research and investigation" to help understand these meddling campaigns, according to Head of Site Integrity Yoel Roth. While Twitter will try to stop and prevent these efforts, it doesn't believe it (or society at large)\ will truly understand these threats unless there's outside analysis. "We strongly believe that this level of transparency can enhance the health of the public conversation on the internet," Roth said.

It's not certain that posting this data will lead to revelations beyond what you've already seen. It's no secret that millions of people followed and interacted with bogus Russian accounts, for instance. However, independent researchers have both different goals than Twitter as well as their own resources. They may spend more time tracing the origins of given tweets or identifying consistent patterns of behavior. While the added transparency is likely coming too late to signifciantly affect the 2018 US midterm elections, it might help detect and thwart influence campaigns in future elections.

In this article: election, election2018, gear, internet, internetresearchagency, iran, politics, russia, socialnetwork, socialnetworking, transparecy, twitter
All products recommended by Engadget are selected by our editorial team, independent of our parent company. Some of our stories include affiliate links. If you buy something through one of these links, we may earn an affiliate commission.