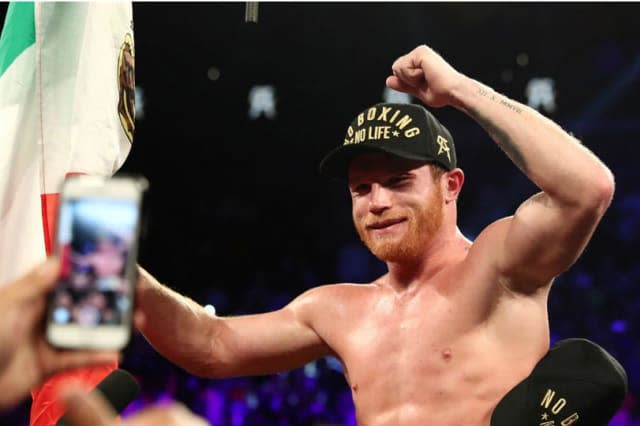 Multiple world champion Canelo Álvarez has signed a staggering 11-fight, five year, $365 million contract with DAZN, a streaming service dedicated to sports. This beats out the previous record holder, Giancarlo Stanton, who signed a 13-year contract with the Miami Marlins for $325 million.

DAZN itself is very new, launching in select countries back in 2016, but only this September in the US. It aims to fill a hole left by HBO after it announced last month that after 45 years it would bowing out of boxing. Unlike most high profile boxing events, Álvarez's matches -- like the upcoming fight against Rocky Fielding on December 15th at Madison Square Garden -- will not be behind a pay-per-view wall. Instead, anyone who pays the $9.99 subscription rate can watch, including any other fights being broadcast by DAZN.

HBO had the right of first negotiation and a last-look provision for the upcoming fight in New York, but after DAZN threw down its bid, the premium cable channel backed off. Álvarez is a part of Oscar De La Hoya's Golden Boy Promotions, and the organization has had a long relationship with HBO. But the offer by DAZN was too good to pass up.

Because most high-profile pay-per-view boxing matches run between $50-100, literally millions will cue up on illegal online streams. But considering DAZN's low cost of entry, Álvarez, in an interview with ESPN, is hoping that more people will have access to boxing's top fights.

In this article: alvarez, boxing, canelo, caneloalvarez, dazn, entertainment, hbo, history, internet, payperview, record, services, streaming, StreamingService, subscription, worldrecord
All products recommended by Engadget are selected by our editorial team, independent of our parent company. Some of our stories include affiliate links. If you buy something through one of these links, we may earn an affiliate commission.