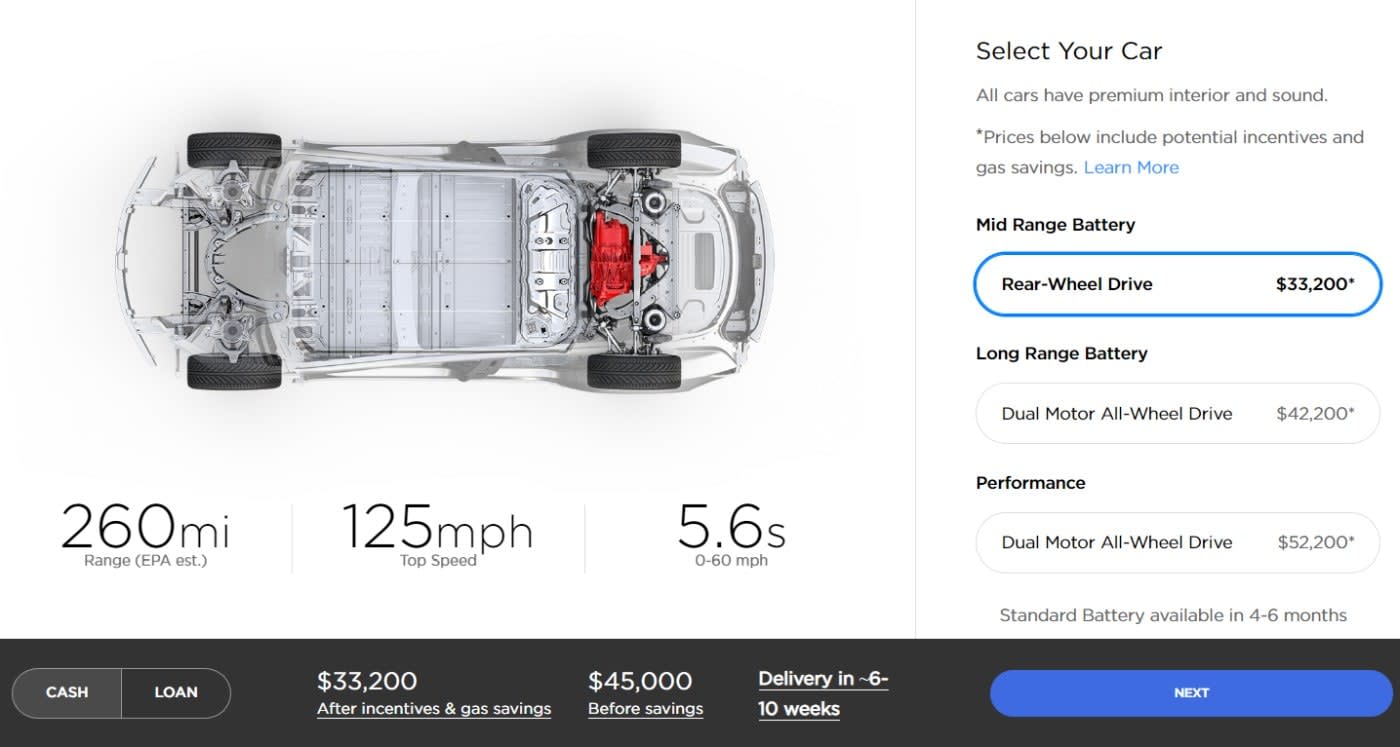 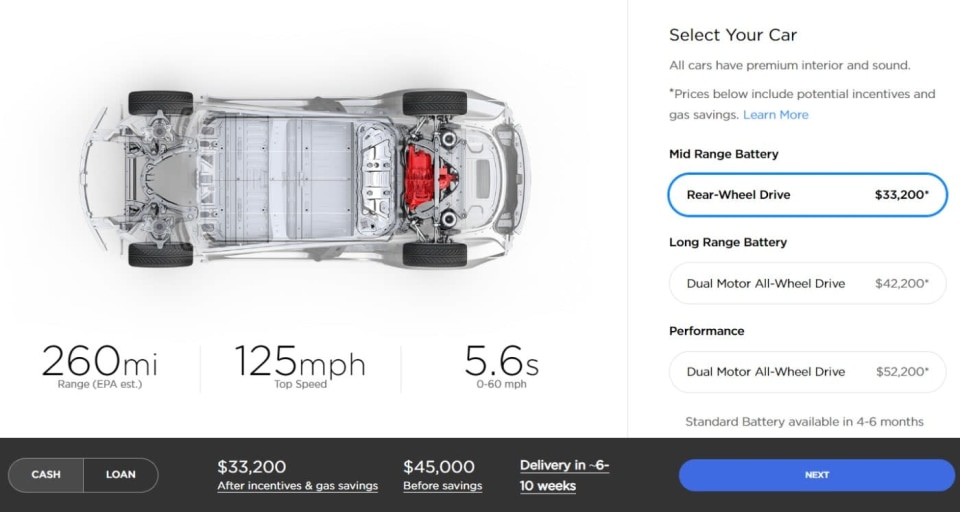 The Tesla Model 3 was originally announced with a promise that the car could be purchased for as little as $35,000 before federal and state tax incentives were applied, but until now, the cheapest model started at $49,000. Now, Elon Musk announced that his company has added a "mid range battery" option with a price that starts at $45,000 before incentives are applied.

According to the exec, if you apply federal tax credits of $7,500 (hopefully you reserved one already) plus California's state tax rebate its price drops to $35k. In response to questions, Musk tweeted that "It's a long range battery with fewer cells." The still-cheaper-yet "standard" battery option that should cut the price more is still months away from availability, while the company can deliver this version (which is equipped with just rear wheel drive instead of a dual-motor AWD setup) right now.

If you check its revamped ordering page right now, the next-highest priced model jumps up to $54,000 before incentives since it includes AWD -- an option that Electrek notes has seen a price bump back up to $5,000 -- but if you'd prefer the combination of a long-range battery with an estimated 310 mile range and RWD for $49k, it's still available for ordering "off menu" for a few days. Opting for this mid-range battery means living with an estimated 260 mile range, which should still be more than enough to cover most commutes and trips several times over.

Costs $35k after federal & state tax rebates in California, but true cost of ownership is closer to $31k after gas savings In this article: battery, ElectricVehicle, elonmusk, ev, gear, model3, rwd, tesla, transportation
All products recommended by Engadget are selected by our editorial team, independent of our parent company. Some of our stories include affiliate links. If you buy something through one of these links, we may earn an affiliate commission.