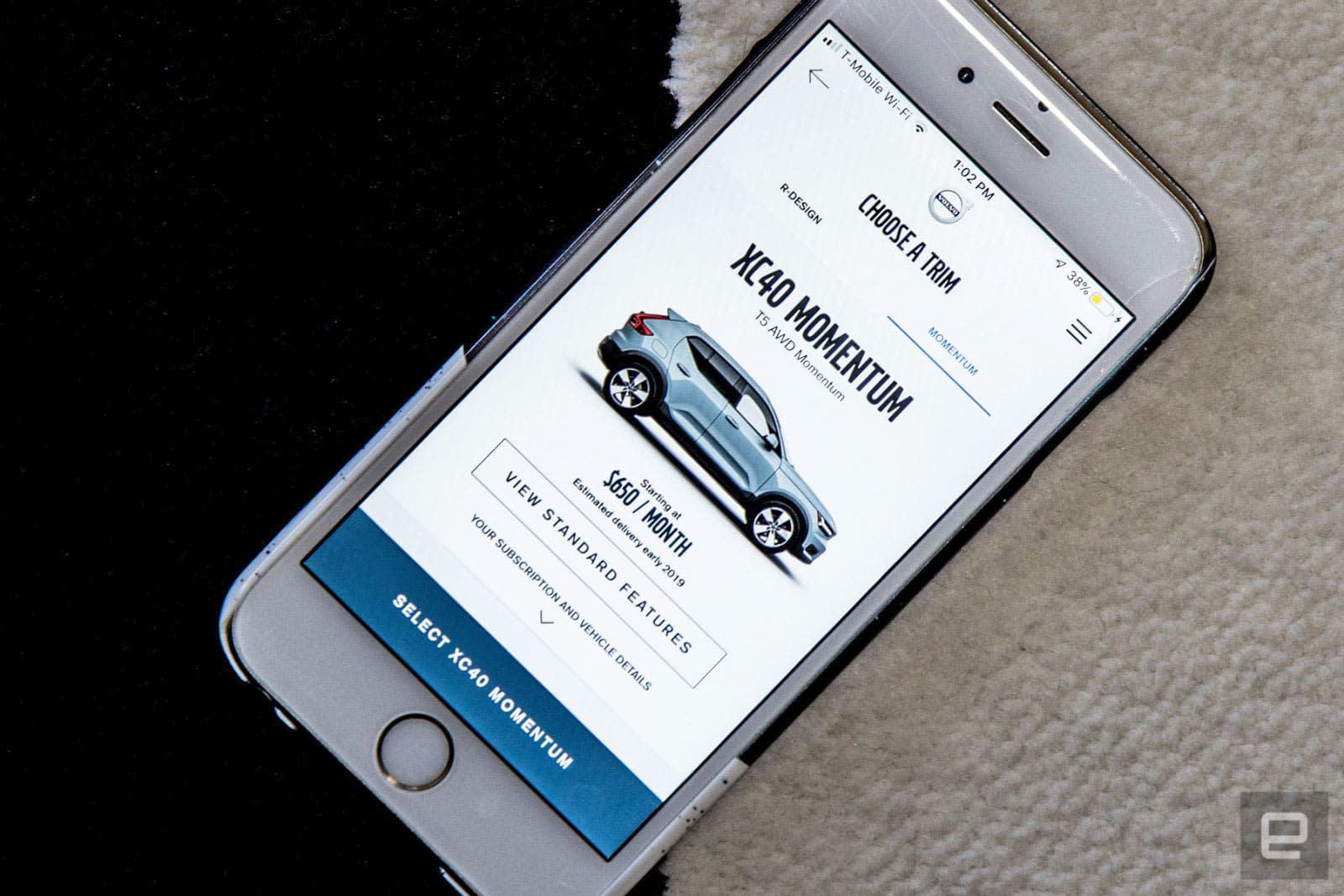 The Volvo S60 will be the second car the automaker will "lease" via its Care by Volvo subscription service when it lands in showrooms in the next few months. But it turns out, that half the folks that flocked to subscribe to the XC40 didn't walk into dealerships. They "bought" the small SUV via their phones.

The demand for Care by Volvo caught the automaker (and regulators) off guard. The company is still working to get New York state on board, but while that works itself out, the Swedish automaker is taking what it learned from the initial launch to adjust its strategy.

"We are going to invest heavily into mobile," Gustafsson said. The cars are one price without the need to negotiate. "I'm quite convinced it's because it's very easy to calculate the monthly cost and you can relax," Gustafsson said.

It's also the evolution of a trend. For decades you were forced to go to a dealer to buy a car. It's a horrible stress-filled experience. But now with services like Shift (for buying used cars that are delivered for test drives) and TrueCar (which helps you find the car you want from dealerships), you're better off staying at home on the couch with your smartphone then going inside a series of showrooms.

With Care by Volvo, it's a one-stop experience in car buying. I still suggest people actually test drive a car before buying it. But after you've finished the behind the wheel portion, it's much easier to pull out your phone to put the car in your garage than spend an entire afternoon getting the hard sell from a dealership.

Volvo and Gustafsson might be surprised by the amount of new Volvo subscribers that are using mobile. But considering the alternative, sitting on your couch watching Bob's Burgers while picking the color of the car you're going to subscribe to sounds pretty great.

In this article: AndersGustafsson, business, carebyvolvo, gear, interview, s60, transportation, volvo, xc40
All products recommended by Engadget are selected by our editorial team, independent of our parent company. Some of our stories include affiliate links. If you buy something through one of these links, we may earn an affiliate commission.