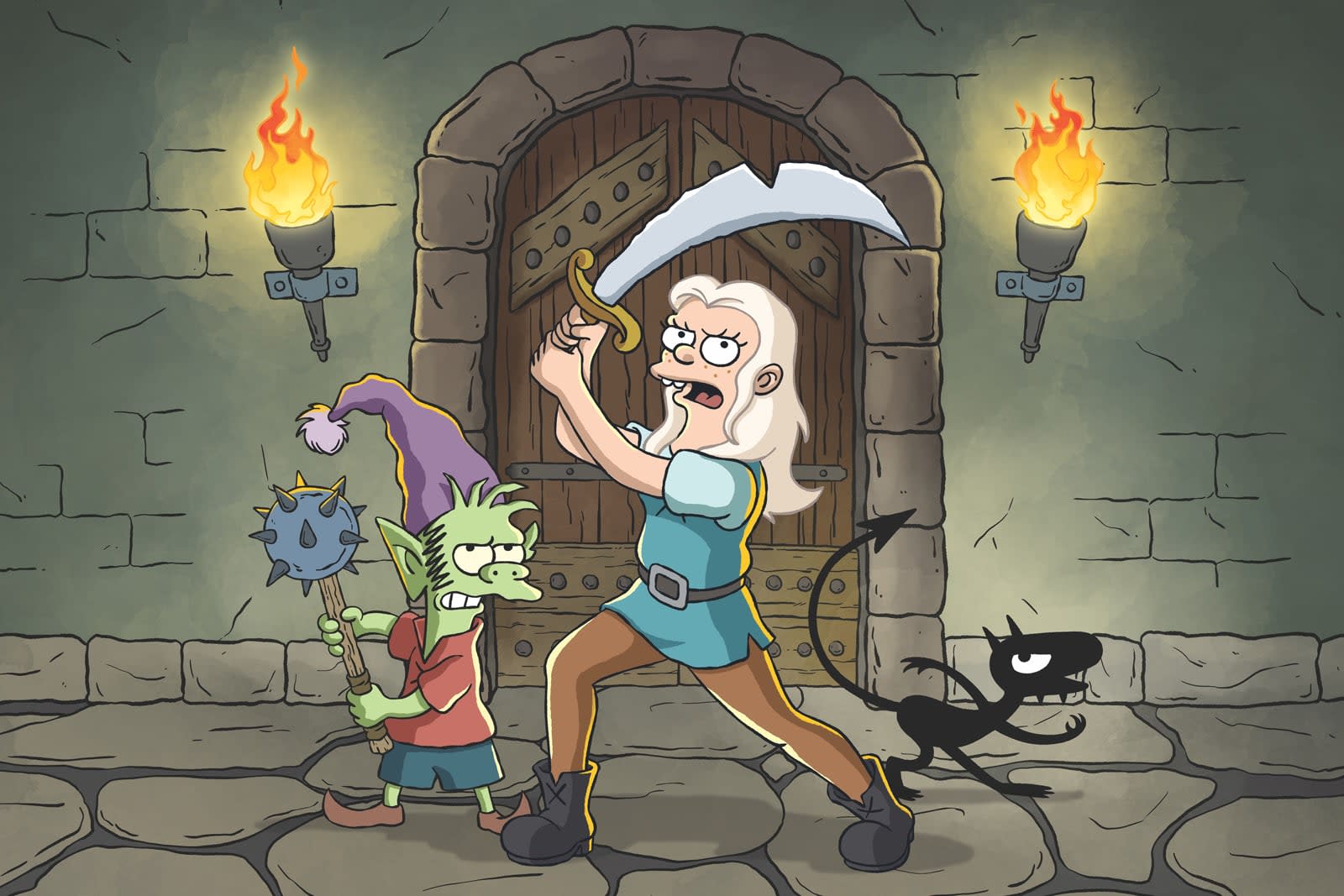 Netflix may be ending shows left and right, but it's still willing to commit to some shows. The service has announced that it's releasing more episodes of Matt Groening's Disenchantment. It'll continue season one with new episodes in 2019, and has ordered more episodes for 2020 and 2021 -- the company is a bit vague as to how the series will continue once the first season is over. There's precious little to say about what those future episodes entail, but Groening joked that you could expect more instances of "cranked-up suspense, infuriating plot twists, and beloved characters getting knocked off."

The series didn't get off to the strongest start, but the renewal suggests that viewership has been strong enough to warrant giving the series room to grow. Much like with the movie Bright, it's not critical success that matters -- it's about creating something that drives subscriptions. And whatever you think of Disenchantment, the combination of a familiar name with an easily digestible format appears to be very effective at accomplishing Netflix's goals.

In this article: disenchantment, entertainment, internet, mattgroening, netflix, services, streaming, television, tv, video
All products recommended by Engadget are selected by our editorial team, independent of our parent company. Some of our stories include affiliate links. If you buy something through one of these links, we may earn an affiliate commission.