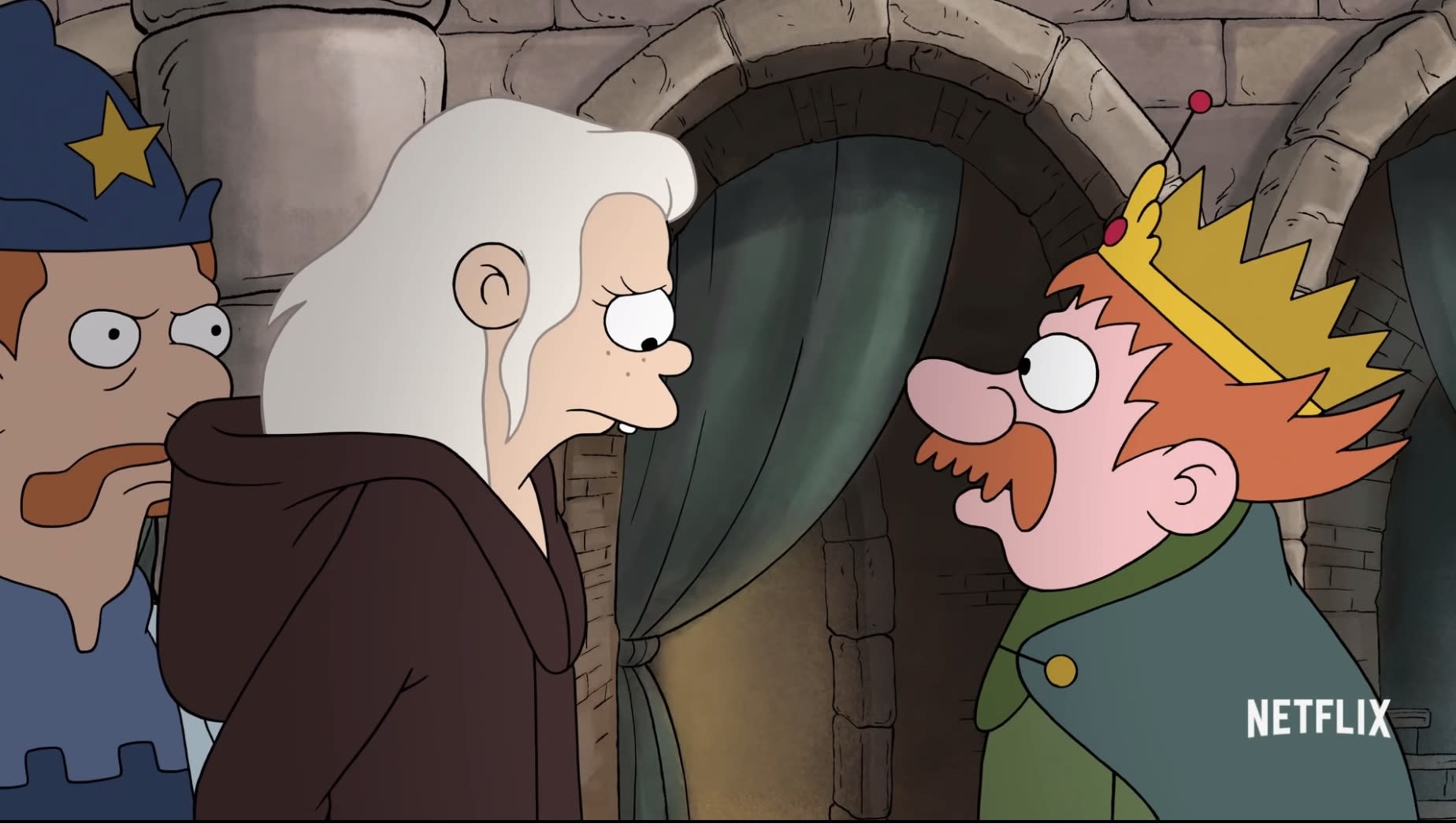 Shiny profile icons aren't all that's new on Netflix this month. Headlining the streaming service's new shows are Simpsons-creator Matt Groening's Disenchantment and Ozark's second season. Those debut August 17th and 31st, respectively, but there's plenty to keep you busy until then.

Also debuting on the 1st is Once in a Lifetime Sessions, a concert series featuring intimate performances from producer Moby and '90s R&B icons TLC. Hip-hop sitcom All About the Washingtons and Spanish-language La Casa De Las Flores arrive on August 10th.

The 10th is also when quirky stand-up comedian Demetri Martin's latest special is out. And if you've been chomping at the bit for The Good Place's second season, that arrives on August 28th. Of course, these additions are at the expense of a few gems leaving. If you haven't watched Finding Dory yet, you have until August 1st to peep Pixar's aquatic sequel. Kristen Wiig's affecting dramedy Welcome to Me exits stage left on the 6th, with St. Vincent disappearing a few days later on August 10th.

If you want to catch Seth Rogen in one of his breakout roles before you stream Like Father, you'd better watch The 40 Year-Old Virgin before it's removed August 16th. You might be shocked that the Canadian stoner comedian's laugh hasn't changed much, if at all, since 2005.

In this article: av, disenchantment, entertainment, internet, netflix, ozark, pixar, streaming
All products recommended by Engadget are selected by our editorial team, independent of our parent company. Some of our stories include affiliate links. If you buy something through one of these links, we may earn an affiliate commission.