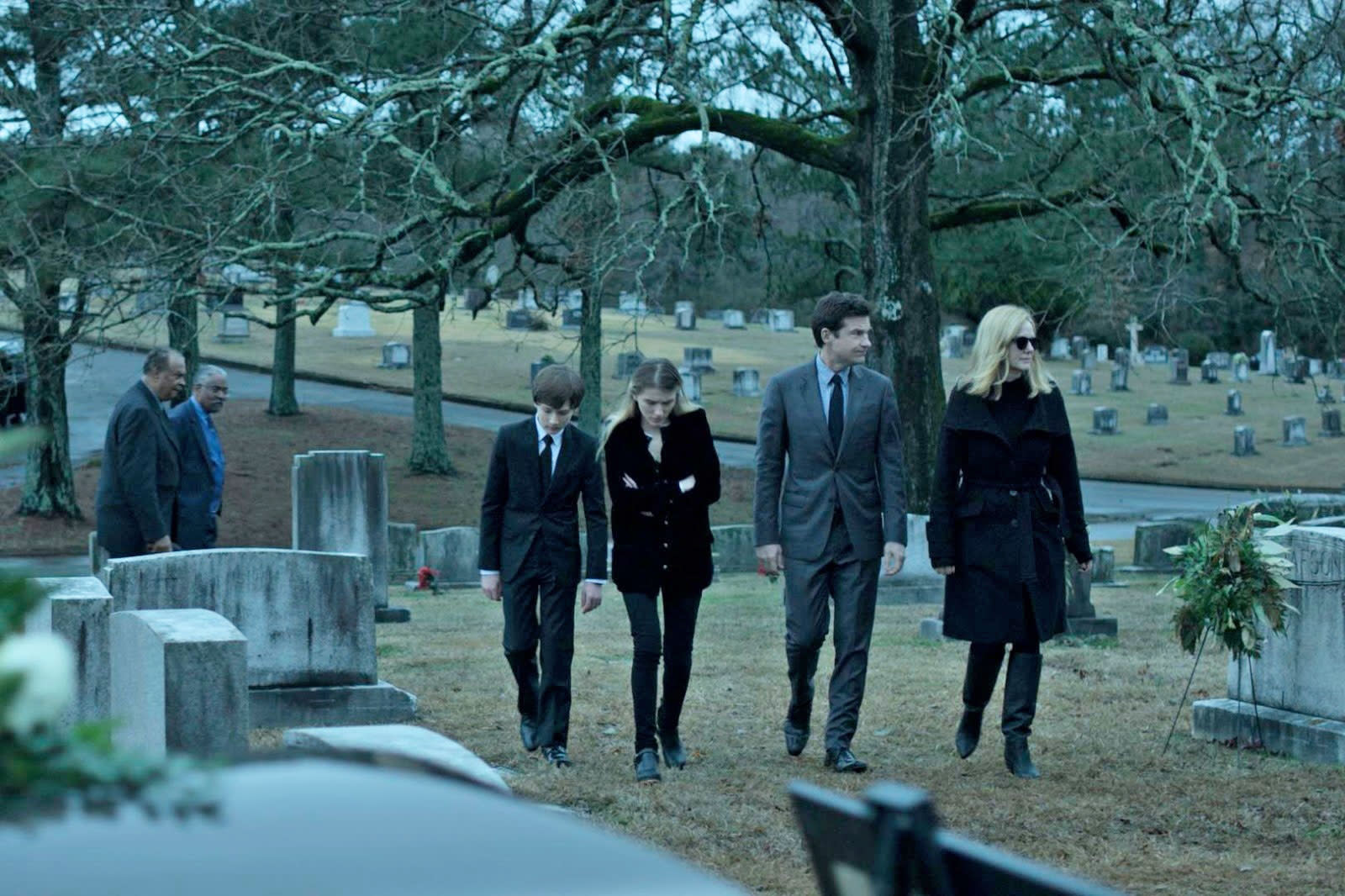 When we left Ozark's Marty Byrde (Jason Bateman), it looked like he had struck a deal that solved his and his family's most immediate and life-threatening problems. But moments later that all went away, setting the Byrdes up for a whole host of new troubles in season two. Now, Netflix has given us a look at what the next season has in store as well as a release date, and, unsurprisingly, things are looking bleak for the Byrdes.

In the trailer we see flashes of scenes -- the Byrdes leaving a funeral, Ruth Langmore (Julia Garner) walking down a dock, a severed deer head, theft -- all the while hearing Wendy Byrde (Laura Linney) say to her husband, "We've done a lot of things, things that we said we would never do." To which he replies, "People make choices, Wendy. Choices have consequences." The flashes continue with the FBI unearthing a skeleton, a car crash, a boat on fire and quite a few gunshots. Wendy asks, "So that's it? We go back in that house, we go to bed, we wake up in the morning and we kiss the kids?" "That's exactly what we do," says Marty.

In this article: av, entertainment, JasonBateman, lauralinney, netflix, ozark, services, video
All products recommended by Engadget are selected by our editorial team, independent of our parent company. Some of our stories include affiliate links. If you buy something through one of these links, we may earn an affiliate commission.