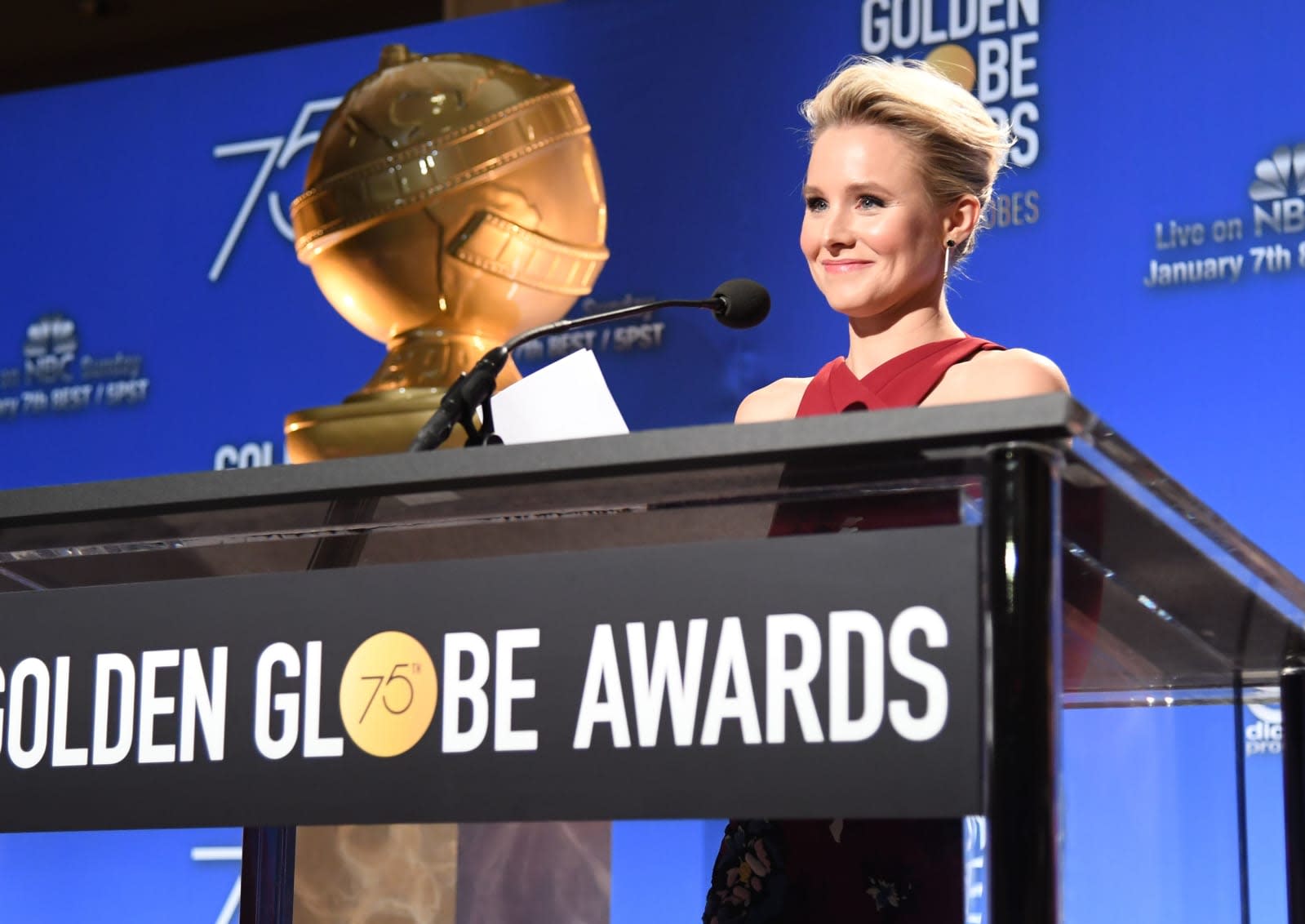 Nominations for next month's Golden Globes ceremony were announced this morning and streaming services had a pretty decent showing. Netflix led the pack with nine TV nominations while Amazon and Hulu each received three.

Two of Amazon's went to the brand new show The Marvelous Mrs. Maisel. One nomination was given to the show for Best Comedy Series and the other to the show's lead, Rachel Brosnahan. The third nomination was for Kevin Bacon's role in I Love Dick.

The Golden Globes ceremony will air on January 7th on NBC.

In this article: 13reasonswhy, amazon, av, awards, entertainment, glow, goldenglobes, hulu, ilovedick, masterofnone, netflix, nominations, ozark, StrangerThings, thecrown, TheHandMaidsTale, themarvelousmrsmaisel
All products recommended by Engadget are selected by our editorial team, independent of our parent company. Some of our stories include affiliate links. If you buy something through one of these links, we may earn an affiliate commission.