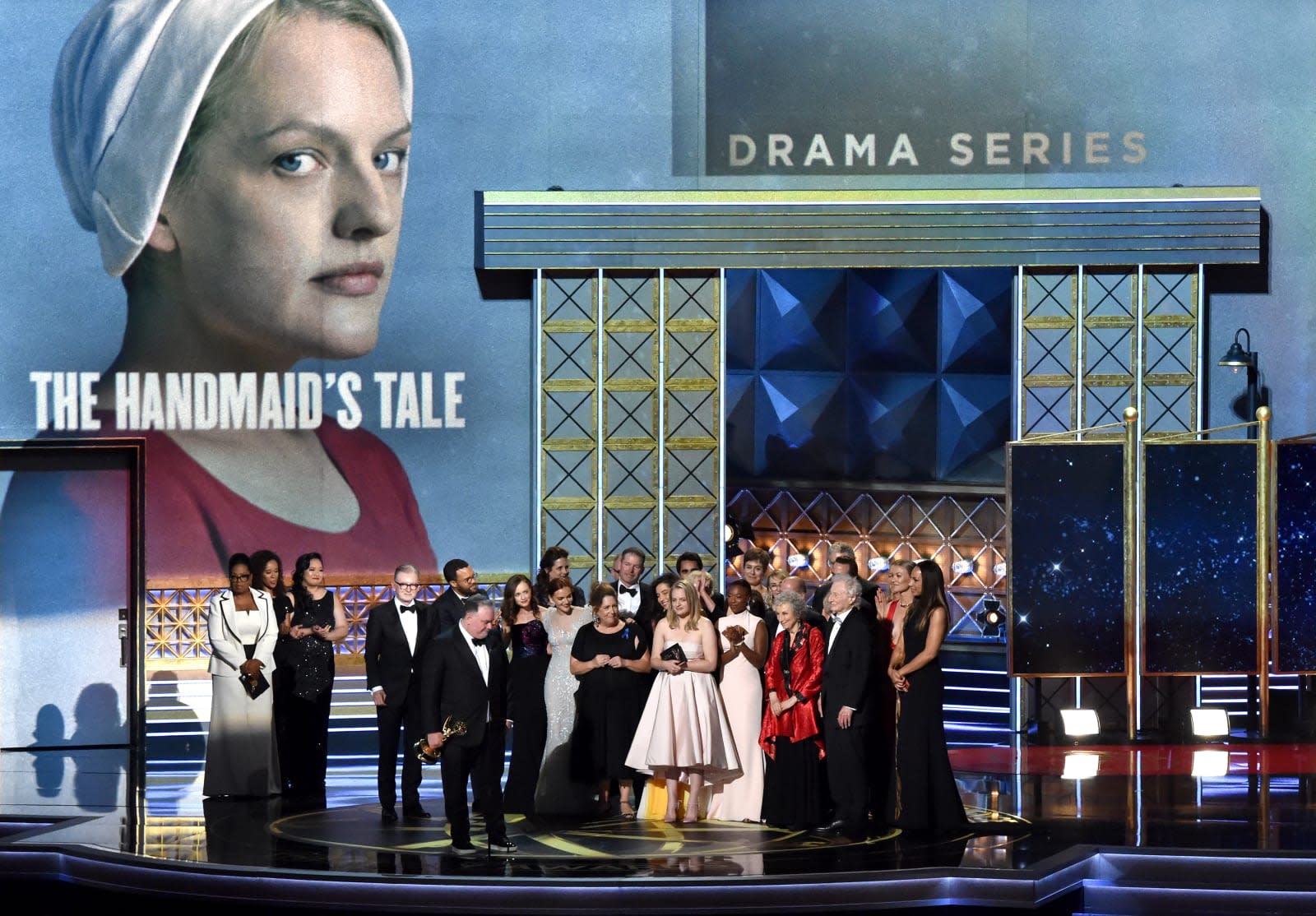 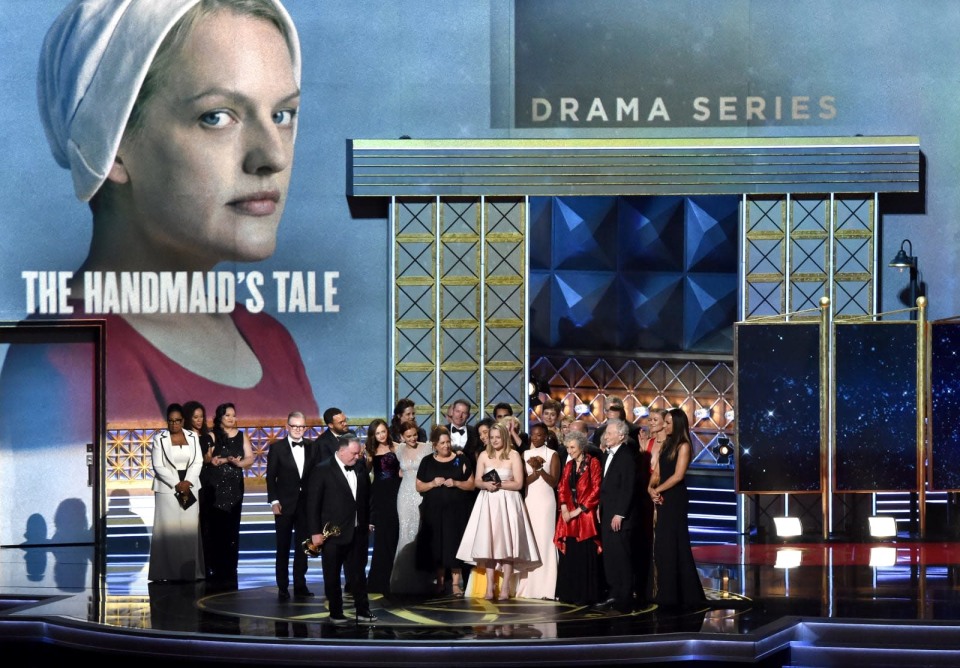 The Handmaid's Tale continues to be an awards magnet for Hulu. The show won the coveted "Outstanding Drama Series" Emmy Award tonight -- a first for any streaming offering -- following five other major triumphs throughout the ceremony. And that's on top of snapping up three Creative Arts Emmys during a smaller celebration last week. The Handmaid's Tale is Hulu's biggest series yet, and its success shows the value a streaming network can get from producing their own programming. It's no wonder Hulu is planning to spend $2.5 billion on original content this year.

As for other awards tonight, The Handmaid's Tale star Elisabeth Moss walked away with "Outstanding Lead Actress in a Drama" win, while Alexis Bledel nabbed the "Guest Actress" trophy for the series. Additionally, the show also trounced the competition when it came to best directing (Reed Morano), writing (Bruce Miller), and supporting actress (Ann Dowd).

Given that these are all major categories, it's clear that The Handmaid's Tale has proven that Hulu is now a streaming force to be reckoned with. Its win for "Outstanding Drama" was particularly surprising, since it was going against beloved series like This is Us and Westworld, as well as Netflix's The Crown, Stranger Things and House of Cards. And yes, it's also intriguing that streaming shows far outnumber the competition in that category.

Netflix still led with overall wins this year, though, after scoring 16 Creative Emmy Awards last week. Tonight, British import Black Mirror won two awards for the incredible San Junipero episode: "Outstanding TV Movie" and "Outstanding Writing for a Limited Series, Movie or Special." The latter is a notable win for the show's creator, Charlie Brooker, who initially caught some flack for bringing the series to Netflix. Finally, Aziz Ansari and Lena Waith picked up the "Outstanding Writing for a Comedy Series" award for Master of None.

Noticeably absent from the stage this year? Amazon. Its Emmy mainstay Mozart in the Jungle won a Creative Arts Emmy, along with the short form series Dropping the Soap. But Amazon's big Emmy magnet, Transparent, came away empty, despite three nominations. (Honestly, the last season of the show wasn't anything special.)

In this article: art, av, entertainment, Hulu, Netflix, TheHandmaidsTale
All products recommended by Engadget are selected by our editorial team, independent of our parent company. Some of our stories include affiliate links. If you buy something through one of these links, we may earn an affiliate commission.