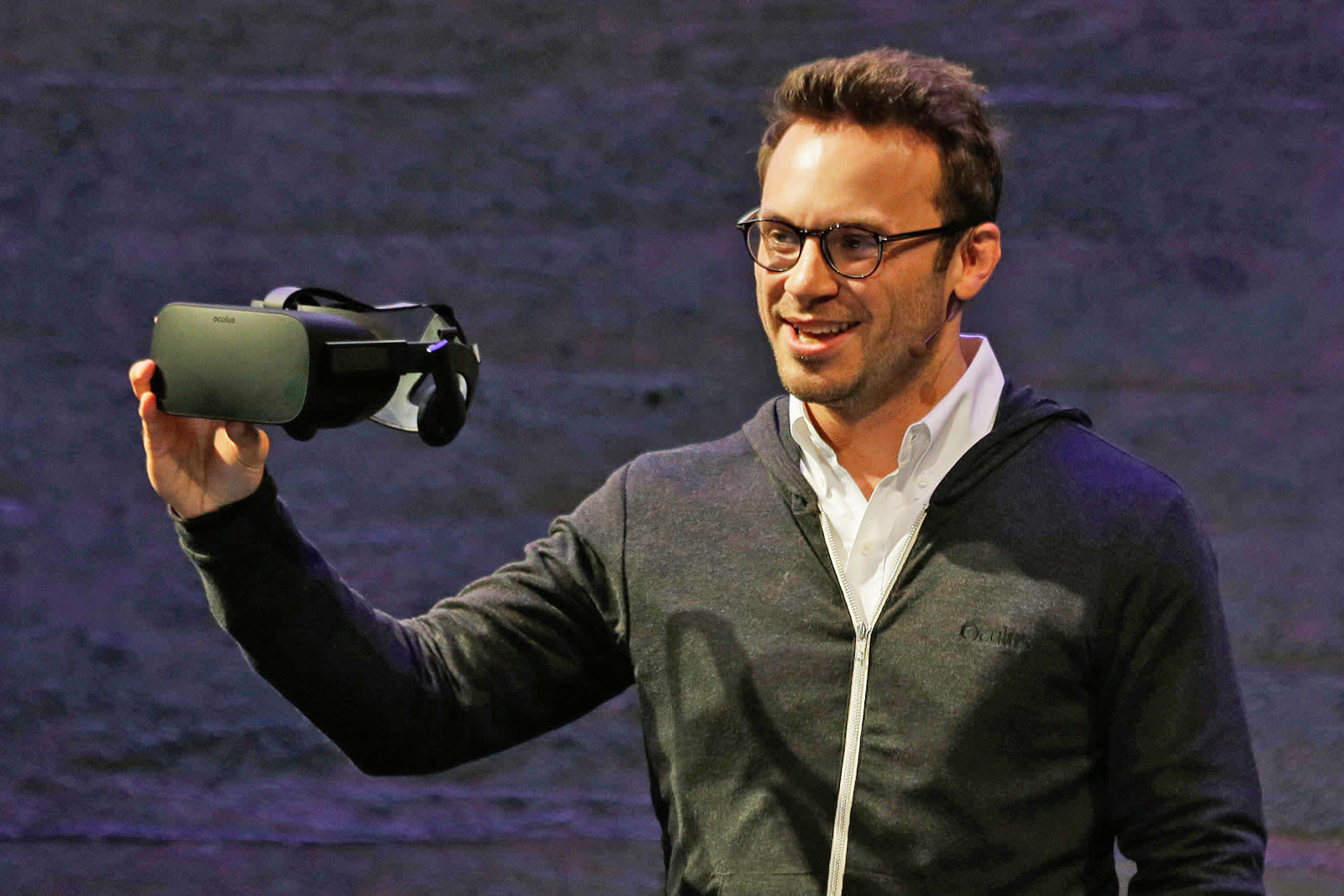 Add another person to the list of high-profile leaders departing Facebook. Oculus co-founder Brendan Iribe is leaving both his own team and the social network. He didn't say where he was going next or why he was exiting, but he noted that this would be his "first real break" in the space of 20 years. This is a chance to step away from the grind for a while, in other words. With that said, there are hints that it's about more than some overdue rest and relaxation.

A TechCrunch source claims that there were upheavals at Oculus last week that, among other things, led to the cancellation of the Rift 2 Iribe was developing. He had "fundamentally different views" about Oculus' future that had only become more pronounced, the insider said -- he didn't like the "race to the bottom" in terms of performance, and he wanted out. From the sounds of it, he didn't like that Facebook was shifting its attention toward budget stand-alone VR headsets like the Oculus Go and Oculus Quest. possibly at the expense of high-end PC hardware.

Facebook didn't touch on the reasons for Iribe's departure when Engadget asked for comment, but did say it was "thankful for his leadership" and said he would be "missed." You can read the full response below. In a statement to TechCrunch, a spokesperson stressed that PC-based VR was still part of the roadmap and that Iribe's work would show up in future products.

Iribe came to Facebook as part of its acquisition of Oculus in 2014, shifting from the CEO role to the head of its PC VR team in 2016. Facebook ousted fellow co-founder Palmer Luckey in early 2017 for reasons it hasn't confirmed, but that may have stemmed from both his legal battles with Zenimax and his alleged behind-the-scenes political activity.

If the reasons for Iribe's exit are accurate, they follow a pattern among other major exits -- Facebook's overall strategy is clashing with the visions of the companies they created. Instagram's Kevin Systrom and Mike Krieger reportedly left after Facebook asserted more control over their brainchild's direction, while WhatsApp's Jan Koum is believed to have quit over Facebook policies that might have compromised privacy in the name of generating revenue (the other founder, Brian Acton, left in 2017). Facebook appears determined to reshape its various acquisitions in ways that more closely fit its main strategy, and that's squeezing out leaders who previously had a large amount of autonomy.

"Brendan built an incredible company and team. He pushed VR far beyond the boundaries of what people thought possible and it's because of his vision that we're all here working on VR today. We're thankful for his leadership, his dedication to building the impossible, and he'll be missed. "

In this article: brendaniribe, facebook, gear, internet, oculus, socialnetwork, socialnetworking, virtualreality, vr, wearables
All products recommended by Engadget are selected by our editorial team, independent of our parent company. Some of our stories include affiliate links. If you buy something through one of these links, we may earn an affiliate commission.