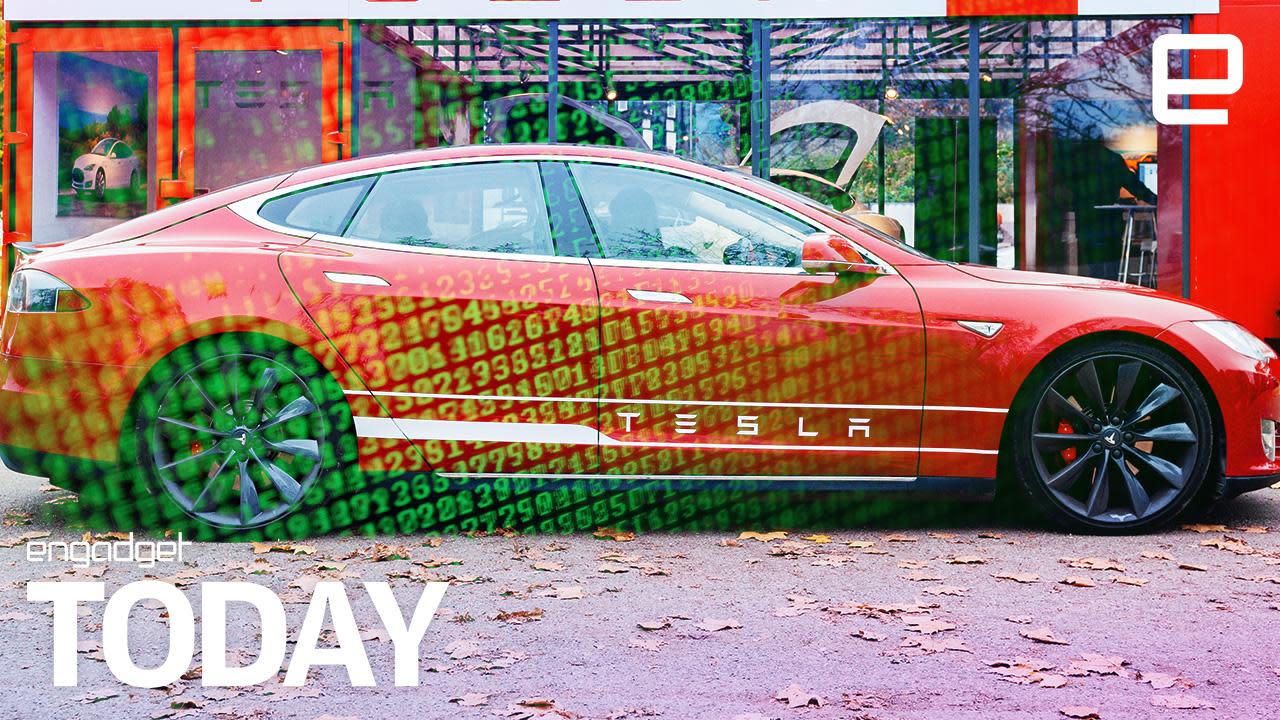 A Tesla owner who recorded thieves stealing his Model S by hacking the passive entry system has published the video on YouTube so we can all watch (and learn). It shows the crooks using a tablet to apparently capture the passive signal from his keyfob, then using the data to open the vehicle. Amusingly, the pair didn't drive off as quickly as they could have simply because they couldn't figure out how to detach the charging cable (hint: there's a button).

Tesla has recently implemented features to deter passive entry theft, but the owner sheepishly admitted he didn't use them. Namely, he failed to activate the "PIN to drive" feature that requires a further code before you can drive off. He also left passive entry -- which opens the car when you walk up to it with the fob -- enabled, even though it was parked outside. He also didn't use a "Faraday pouch" to store the fob, which would have prevented the thieves from nabbing the signals.

Tesla vehicles are rarely stolen compared to other models, but a rash of recent UK thefts may have been pulled off in a similar fashion. As such, if you're leaving your Tesla outside, it's highly advisable to enable PIN to drive and to disable passive entry. In any event, as Kennedy points out, "that doesn't negate the fact that I'm a victim of theft and these two should be caught." So if you recognize them, feel free to call the cops, er, bobbies.

In this article: AOLoriginals, DailyShow, Engadget, EngadgetToday, EngadgetVideo, Entertainment, gear, GrandTheftAuto, Hacking, Keyfob, ModelS, PassiveEntry, PIN, security, Tesla, transportation, video
All products recommended by Engadget are selected by our editorial team, independent of our parent company. Some of our stories include affiliate links. If you buy something through one of these links, we may earn an affiliate commission.