HP is once again tweaking its Spectre x360 convertible laptops, but this time the changes promise to be more tangible. The new Spectre x360 13 and 15 boast common functional upgrades, such as a dual-chamfered design (it's now easier to lift the lid) and a privacy kill switch that electrically disables the webcam. However, the star of the show is undoubtedly the 13-inch model. It now boasts a whopping 22.5-hour peak battery life -- while it's likely to fall short of that figure in the real world, the 37 percent improvement over the previous generation is still huge. There's optional "gigabit-class" LTE on the 13-inch system, too.

Not that the 15-inch model is a slouch. You can outfit it with up to a six-core 8th-generation Intel Core chip if you need raw computational power, and a new thermal design should help cool both the CPU and the optional GeForce GTX 1050 Ti Max-Q graphics. You'll find a battery with 'just' a peak 17.5 hours of longevity. The larger Spectre x360 also has as many as two Thunderbolt 3 ports as well as your choice of a 650-nit 1080p display or a 4K touchscreen.

There's a third system for the corporate crowd. The 14-inch EliteBook x360 1040 G5 (below) is billed as the first pro convertible with gigabit-grade LTE, and offers size-appropriate power including quad-core 8th-gen Intel chips, up to 32GB of RAM and a maximum 2TB of storage. It shows up in late October with a $1,499 starting price. 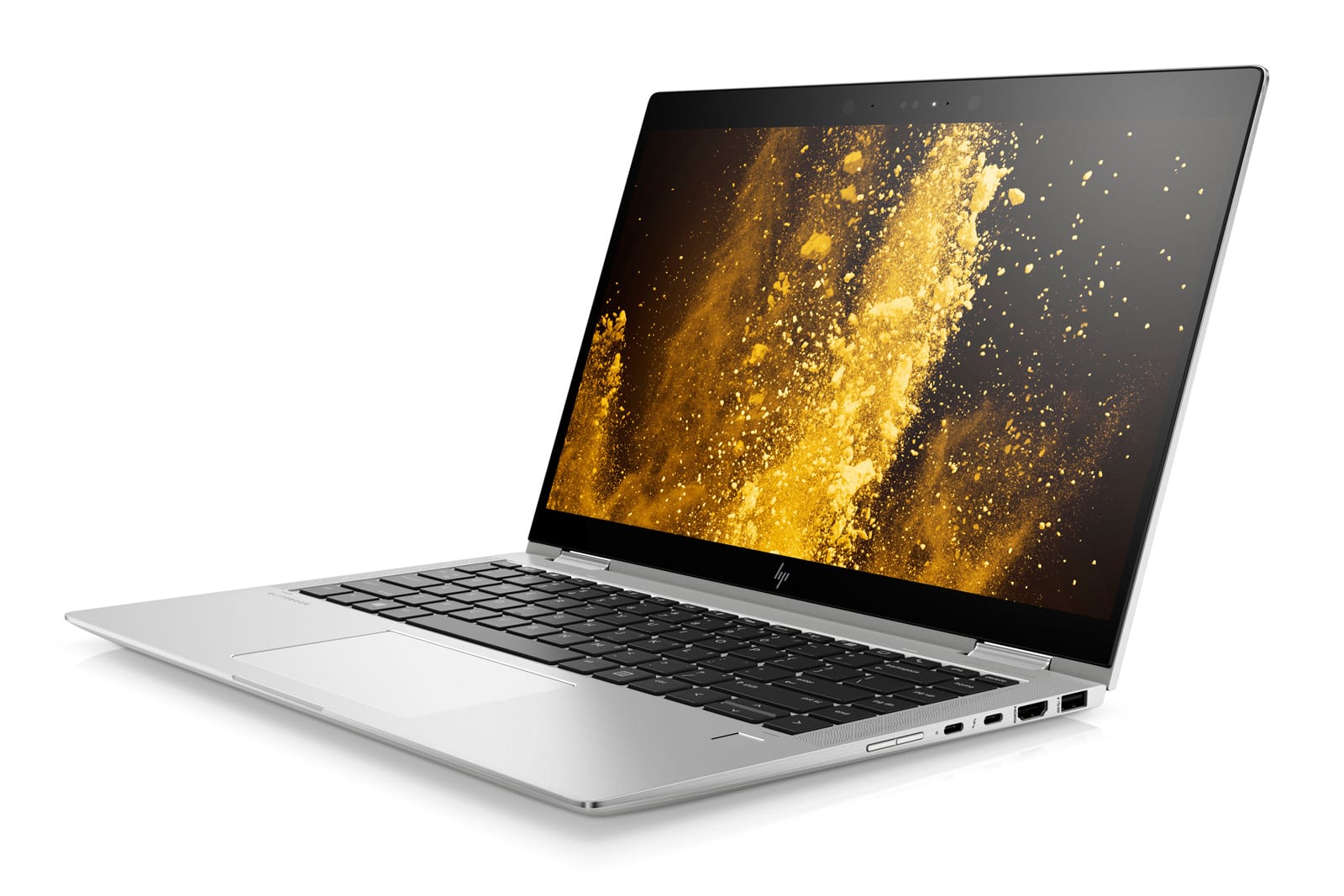