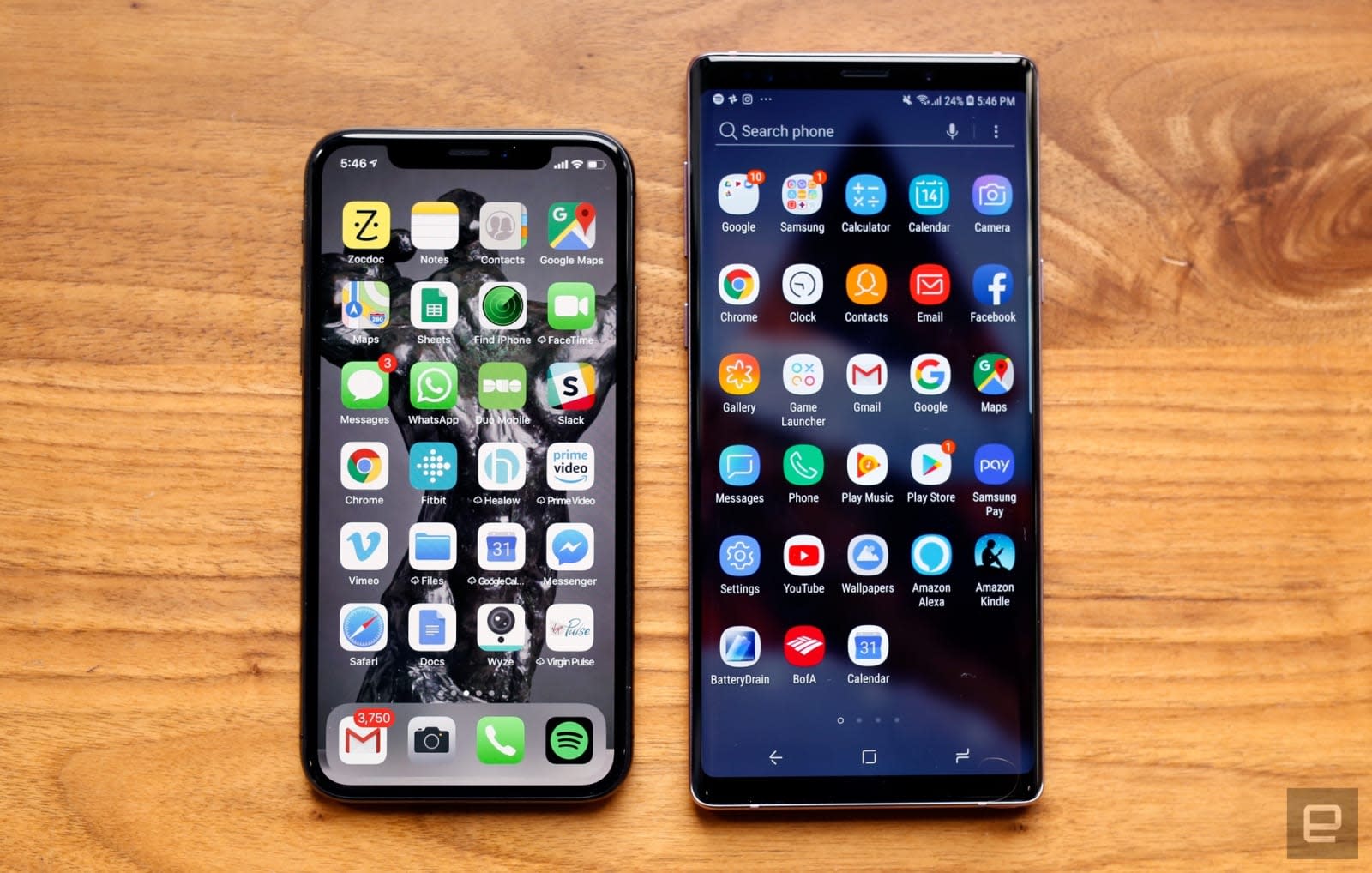 Apple found itself in some hot water last year when it was discovered that the company was throttling the performance of older phones. But it look like its Batterygate woes aren't quite over. Italy is fining Apple and Samsung 5 million euros each for intentionally slowing down phones. According to Reuters, Apple was slapped with an additional 5 million euro fine for failing to provide customers information on maintaining and replacing batteries.

The purpose of slowing down older phones, according to Apple, was to improve battery life and therefore increase longevity. However, the fact that they didn't inform consumers (or give them a choice) was, understandably, an issue. It seemed like the company was planning for phone obsolescence and forcing people into new handsets. Apple introduced a new battery health feature in iOS 11.3 and discounted the price of replacement batteries after the resulting outcry.

The surprise here is the inclusion of Samsung. Apple's actions in this arena have been well-known; Samsung has not been previously accused of similarly throttling phone performance. However, the Italian statement said that both Samsung and Apple's updates "had caused serious dysfunctions and reduced performance significantly, thereby accelerating the process of replacing them."

In this article: apple, battery, fine, gear, mobile, power, samsung
All products recommended by Engadget are selected by our editorial team, independent of our parent company. Some of our stories include affiliate links. If you buy something through one of these links, we may earn an affiliate commission.