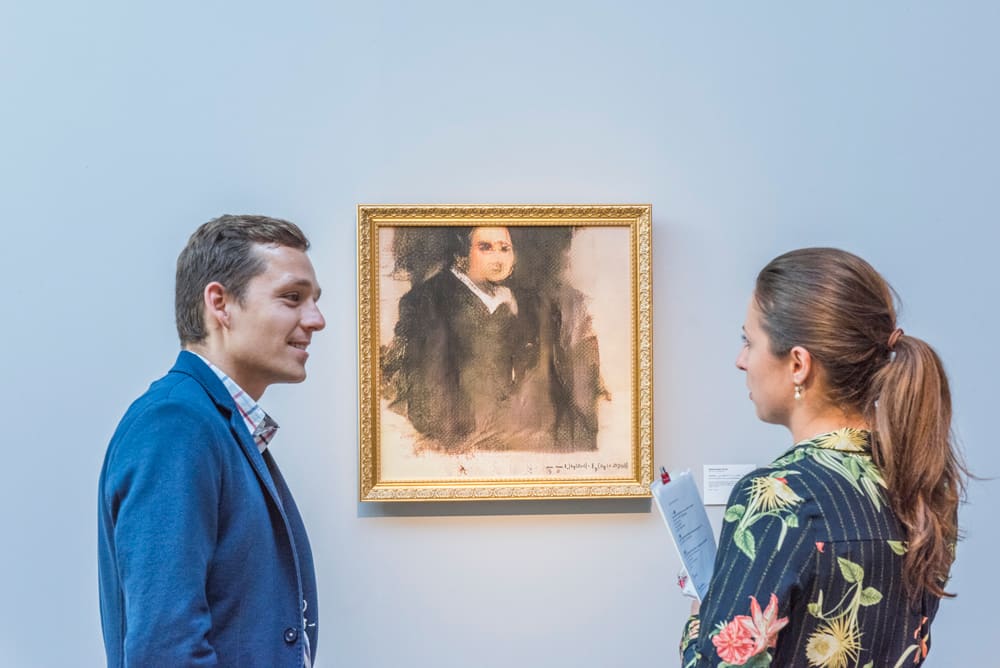 A painting created by artificial intelligence sold for $432,000 at the Christie's Prints and Multiples art auction in New York. The piece, called "Portrait of Edmond Belamy," is the first artwork made entirely by AI to go up for sale at a major art auction. It was expected to fetch between $7,000 and $10,000, making the $432,000 haul quite the shocker.

The painting was the work of a type of algorithm known as Generative Adversarial Networks (GANs) that was devised by a Paris-based art collective called Obvious. The group fed the algorithm a data set of about 15,000 portraits painted between the 14th and 20th centuries. A Generator portion of the algorithm used its understanding of those many works of art to start creating its own images.

Another part of the system, the Discriminator, was tasked with determining the difference between the human-made art and the art being produced by the Generator. This process continued until the Discriminator could no longer tell the works apart, at which point the art collective decided the work was good enough to sell.

The "Portrait of Edmond Belamy" was one of 11 in a series of portraits of non-existent people created by the AI. Obvious Art is selling the other portraits for 10,000 euros a pop on its website, though the group may start rethinking that price point after the auction.

In this article: ai, algorithm, algorithms, art, ArtificialIntelligence, auction, christies, entertainment, gadgetry, gadgets, GANs, obvious
All products recommended by Engadget are selected by our editorial team, independent of our parent company. Some of our stories include affiliate links. If you buy something through one of these links, we may earn an affiliate commission.