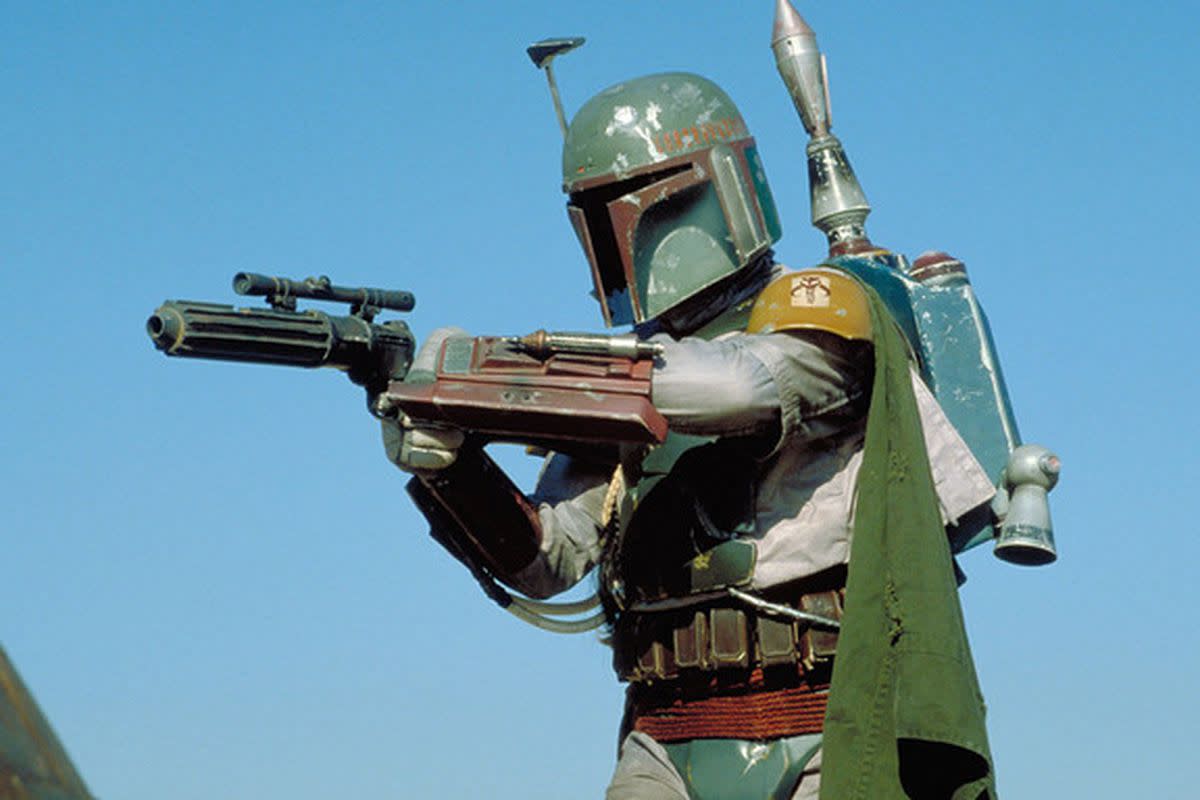 This week Lucasfilm exec Kathleen Kennedy confirmed to reporter Erick Weber that a standalone Star Wars movie focusing on bounty hunter Boba Fett is no longer in development. While the project had never been officially announced, it was known to be a piece in the parade of "anthology" movies planned in the universe.

As recently as June, there were reports that after Solo: A Star Wars Story underperformed at the box office, that projects may be "reconfigured." After going years and even decades between movie releases, an annual Star Wars release felt like a bit much.

Instead, and perhaps more wisely, we'll soon see a TV series about a Fett-style character called The Mandalorian, that's in development for Disney's streaming service. So far The Mandalorian only has a single image and an interesting list of episode directors attached, but if Disney plans to compete with Netflix then this kind of story that's both familiar and all-new could pull subscribers in.

In this article: av, BobaFett, disney, entertainment, lucasfilm, StarWars, streaming, TheMandalorian
All products recommended by Engadget are selected by our editorial team, independent of our parent company. Some of our stories include affiliate links. If you buy something through one of these links, we may earn an affiliate commission.