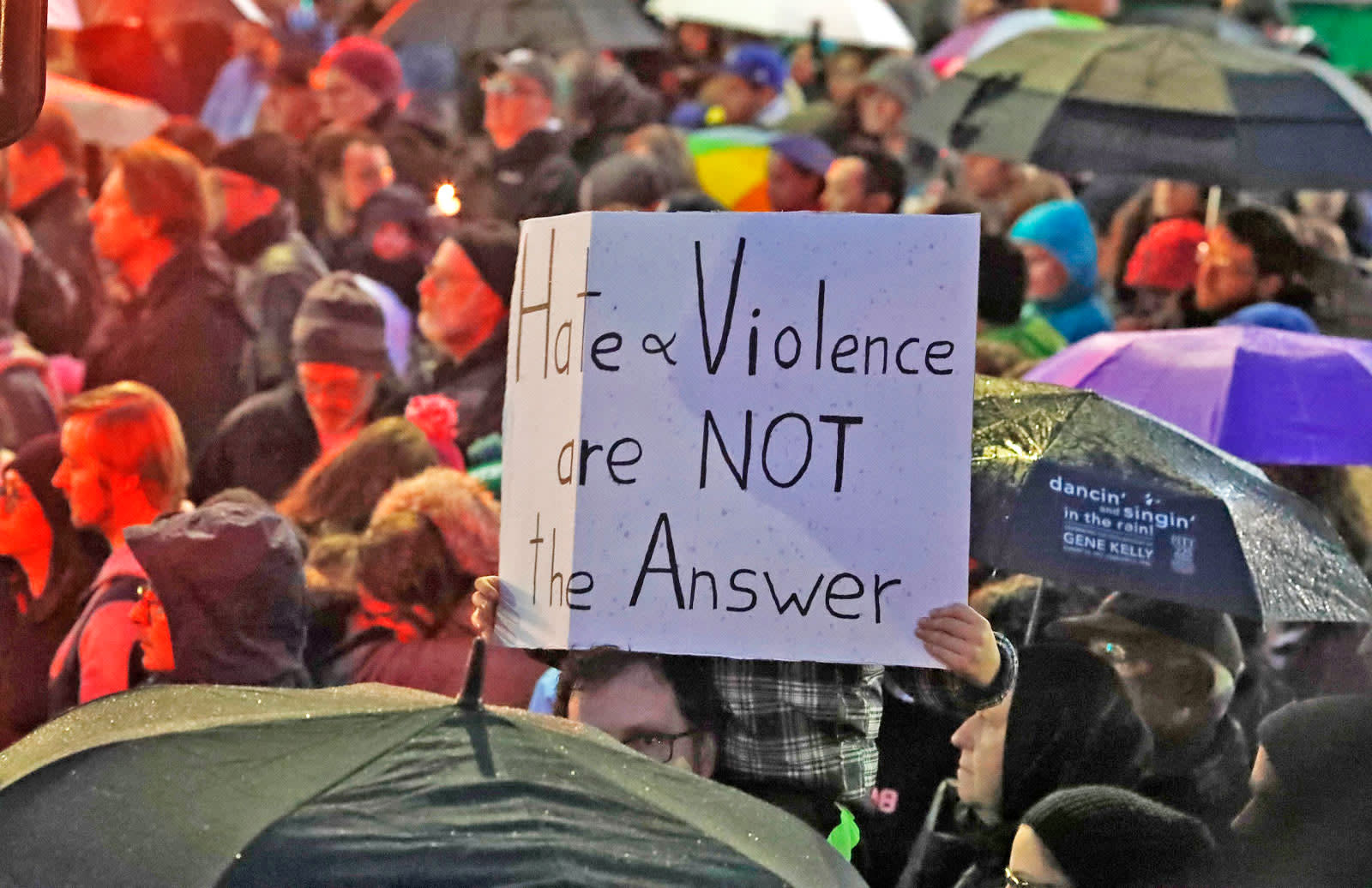 Gab continues to lose support from internet services following the anti-Semitic mass shooting in Pittsburgh. Hosting provider Joyent is suspending service for Gab as of the morning of October 29th, likely leaving the social network "down for weeks," according to a tweet. Joyent only said there had been a "notice of a breach of our Terms of Service," but it was likely a response to Gab's inaction against the shooter's numerous racist conspiracy posts ahead of the attack, including one that same morning.

It might lose another payment provider, too. Stripe has warned Gab that it's violating policies and is disabling the social site's account during an investigation. Gab didn't provide "sufficient evidence" that it was preventing violations, Stripe said in a message. In response, Gab claimed that it had provided "plenty of documented and detailed evidence."

Gab has asserted that it "disavowed any and all violence" and has accused PayPal, Joyent and Stripe of a "no-platforming" campaign attacking free speech. Critics, however, have noted that Gab has regularly tolerated neo-Nazis and other people kicked off Facebook and Twitter for hate, harassment and threats intended to suppress the speech of others. In the summer, Microsoft also warned it would end services for Gab if it didn't delete anti-Semitic posts. Gab isn't likely to find much sympathy from major tech companies in light of the Pittsburgh mass shooting, even if some of those companies were willing to tolerate its activity until now.

Comments to this article have been closed to due violations of our rules and guidelines including name-calling, insults and off-topic conversation.

In this article: gab, gear, hate, hatespeech, hosting, internet, joyent, payments, racism, stripe
All products recommended by Engadget are selected by our editorial team, independent of our parent company. Some of our stories include affiliate links. If you buy something through one of these links, we may earn an affiliate commission.
Share
Tweet
Share