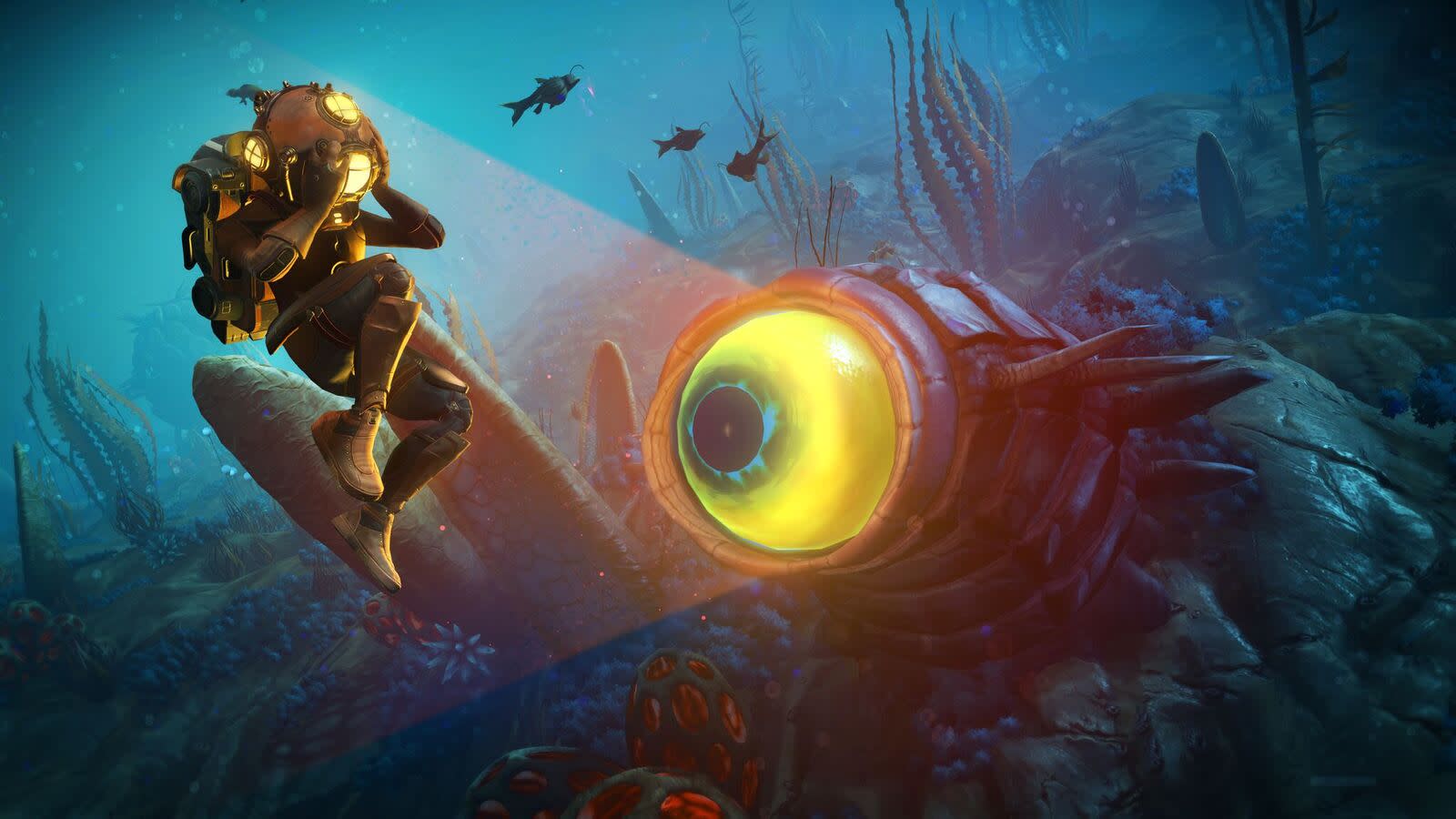 Hello Games teased a major, "eerie" update to No Man's Sky last week, noting that it would arrive just in time for Halloween, and now we have details on what The Abyss has in store. As the name implies, the update is all about improving and enriching subaquatic life.

The underwater visuals have been overhauled in the update, which is available Monday, while more than 20 construction modules and an indoor aquarium offer you extra creative options for undersea bases. You'll spot more creatures when you're exploring the depths too, along with new plants on the ocean floor. 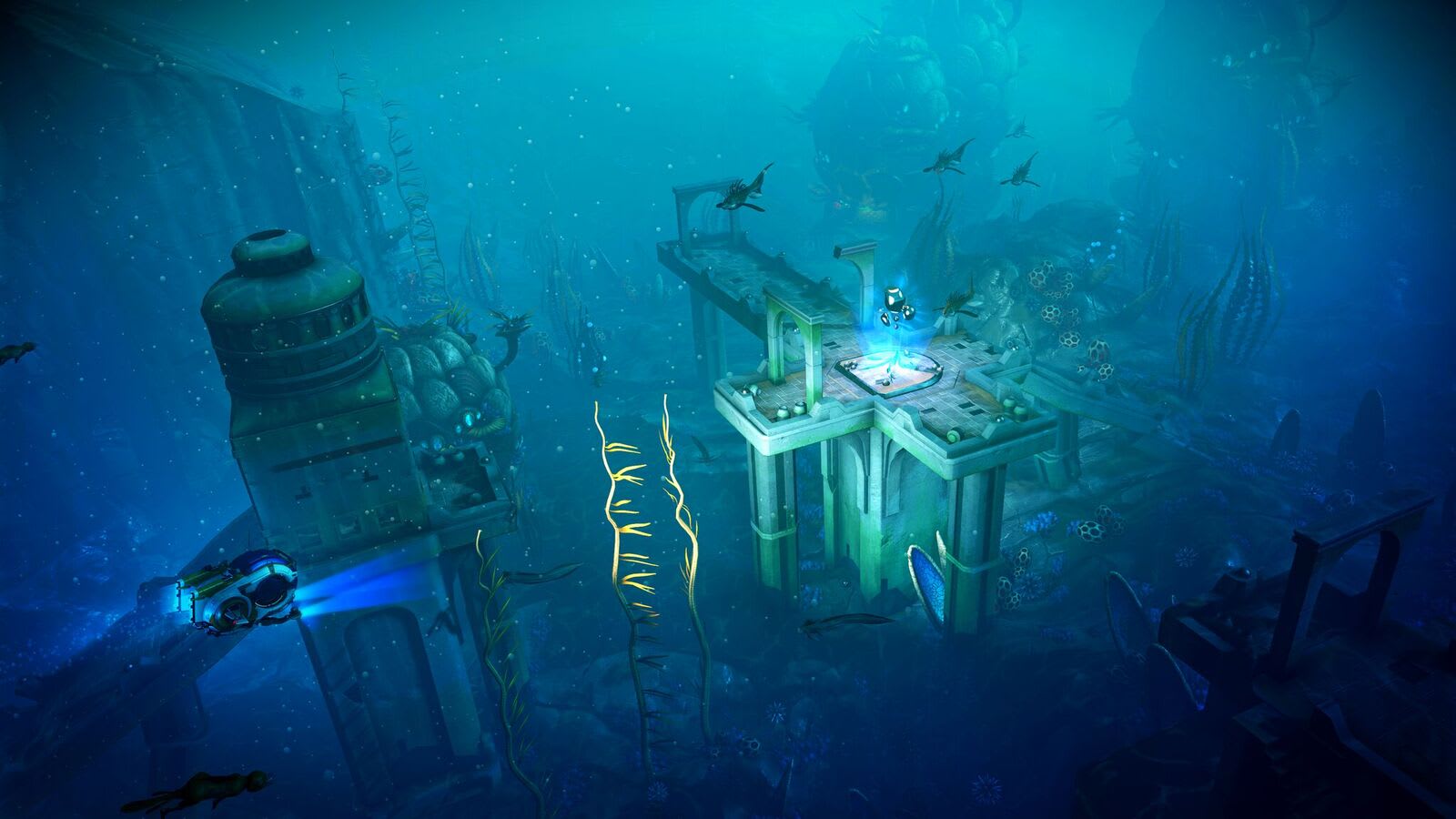 There are increased riches under the surface, with additional trade goods, buried treasure, crafting materials and rare starships for you to plunder or repair. You can use the jetpack to scoot around underwater more quickly, which should come in handy if you're trying to escape dangerous predators in a pinch, or you can hop into the customizable Nautilon submarine.

You can explore some freighter wrecks and sunken buildings, while there's a new story called "The Dreams of the Deep," in which you can discover what happened to a crew after rising tides consumed their crashed freighter.

The Abyss is the first named update since the major Next patch arrived a few months ago. If you're curious about exploring the depths of No Man's Sky's planets and don't yet have the game, now might be a good time to pick it up -- it's on sale across PS4, Xbox One and PC.

In this article: av, gaming, hellogames, nomanssky, patch, pc, ps4, theabyss, underwater, update, xboxone
All products recommended by Engadget are selected by our editorial team, independent of our parent company. Some of our stories include affiliate links. If you buy something through one of these links, we may earn an affiliate commission.