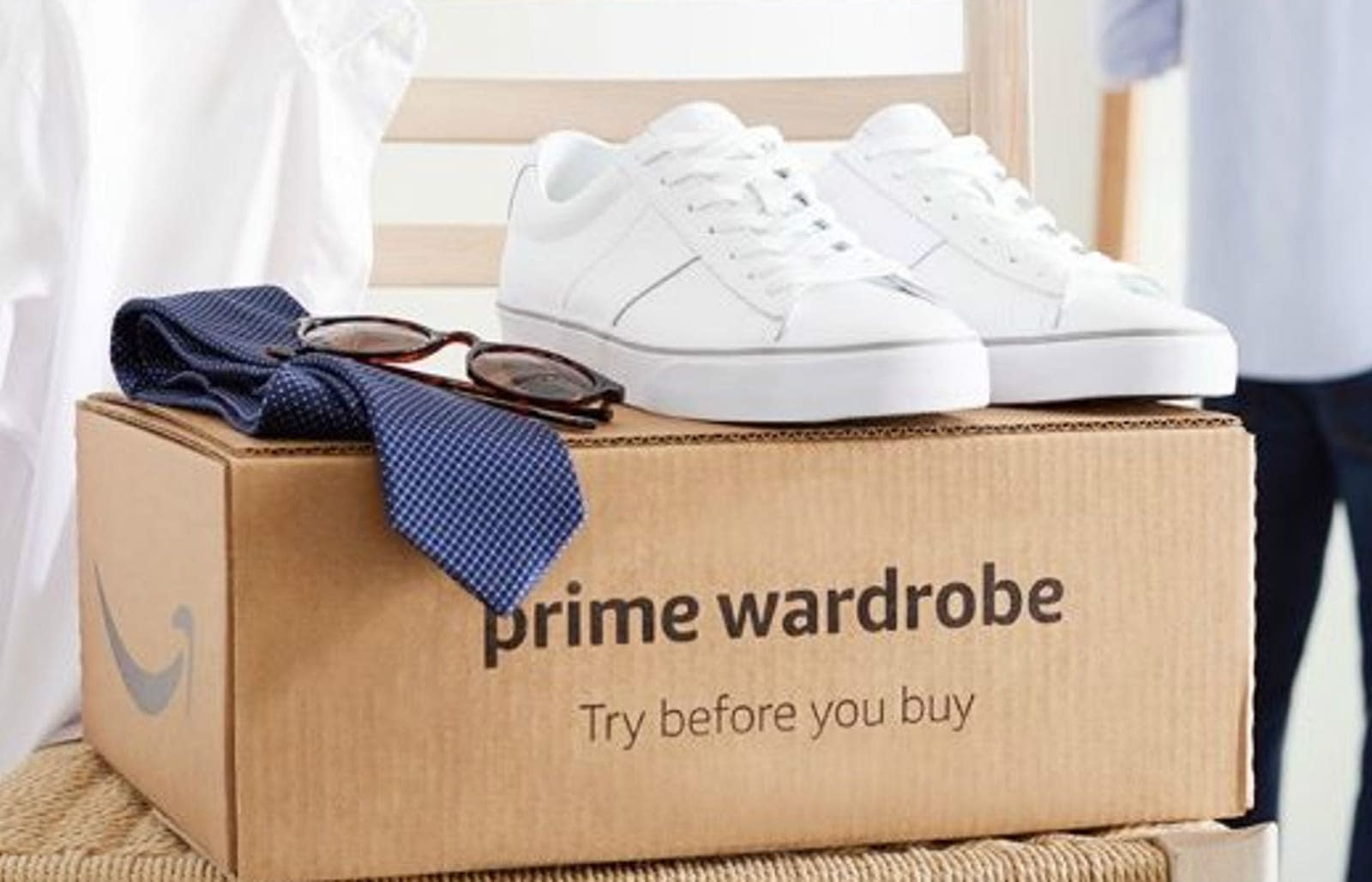 Amazon's try-before-you-buy service is coming to the UK following a successful trial run, and wider rollout, in the US last year. Like Stitch Fix before it, Prime Wardrobe delivers a package of three to eight clothing items to your door with no delivery fee for Prime members.

What separates it from its rivals is the lack of a middleman; instead of a stylist, you get to manually add the clothes to your cart. Once they arrive, you've a week to try out the different fits, with the option to return unwanted items free of charge. Prime Wardrobe also landed in Japan last week.

Brits will get discounts based on the number of clothes they retain -- starting with £5 off when they choose items worth £100 or more and £20 discounts if they keep items worth £200 or more -- reports The Guardian.

The UK launch comes amid declining revenues for major brick-and-mortar retailers (including Marks & Spencer, John Lewis, and Debenhams) which continue to post losses. To curb the tide, the government has announced plans to pour £1.5 billion ($1.9 billion) into the cash-strapped high street as part of its latest budget.

Meanwhile, Amazon's share of the UK's online clothing market has grown to 4.6 percent roughly a decade since it entered the space -- though it still trails the likes of Next, ASOS, and eBay in the country, according to figures cited by The Guardian.

Could the Echo Look be UK-bound next? That way Amazon's digital stylist can have the final say on your newly unwrapped evening wear.

In this article: amazon, AmazonPrime, gear, PrimeWardrobe, services
All products recommended by Engadget are selected by our editorial team, independent of our parent company. Some of our stories include affiliate links. If you buy something through one of these links, we may earn an affiliate commission.