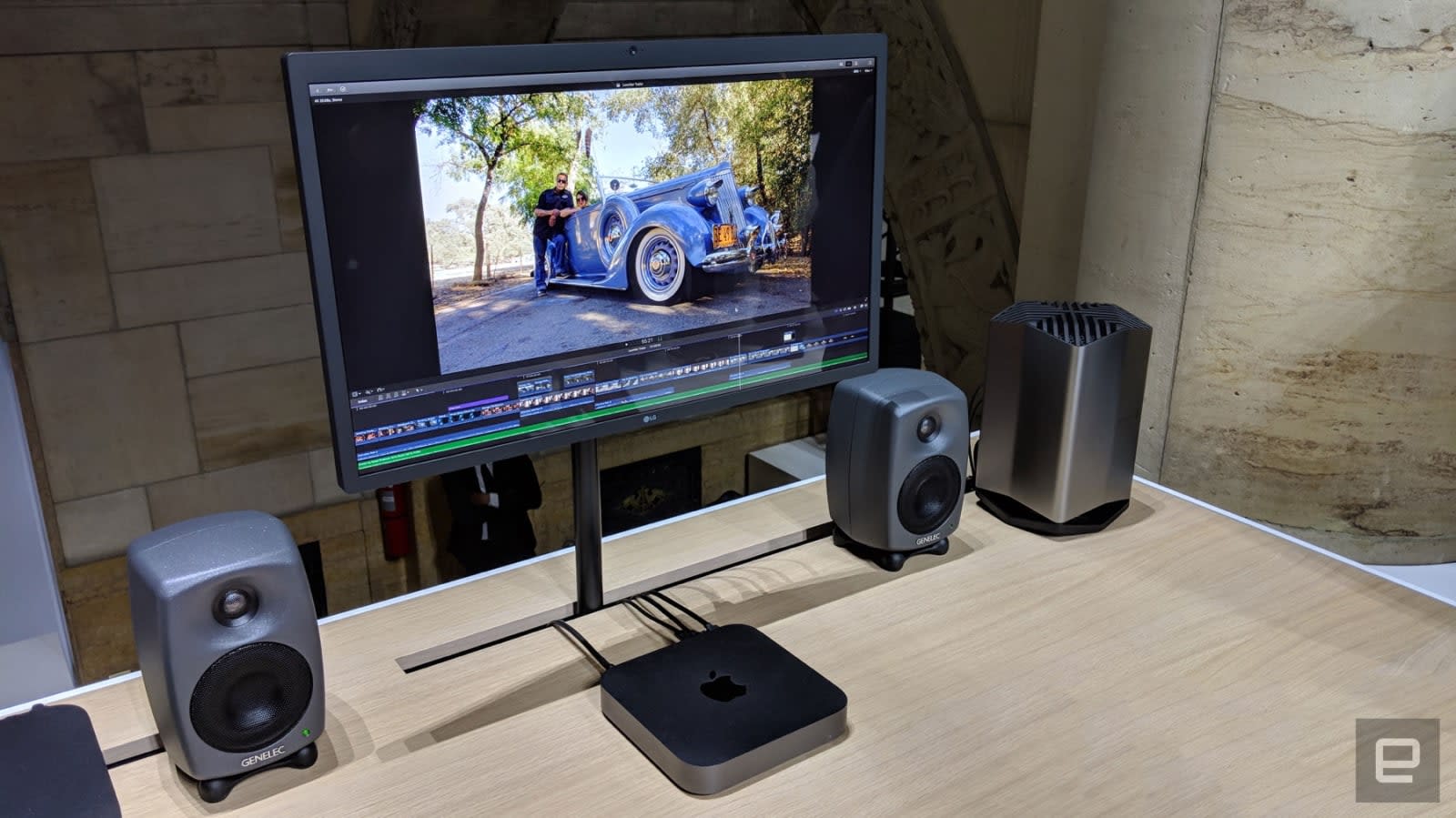 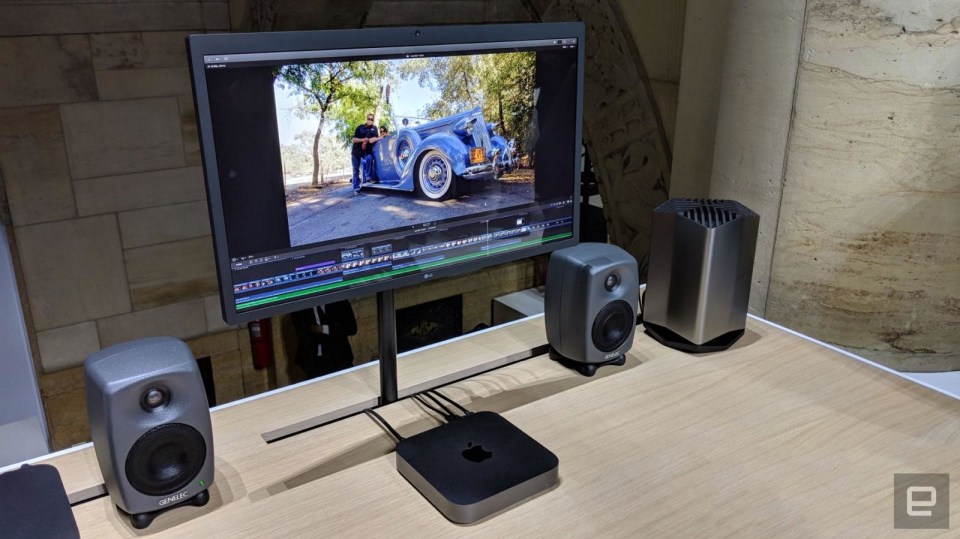 Apple just wrapped a Mac-and-iPad event in Brooklyn, New York, and for most people, I suspect the refreshed MacBook Air and iPad Pro were the stars of the show. But for some of you, there was a more intriguing announcement in store: The Mac Mini, long neglected, has finally received some attention. The new model, announced today, has a brand new design, reminiscent of the Apple TV, with fresh specs to match, including quad- and six-core processors, up to 64GB of RAM and up to 2TB of storage. When it comes to ports, you've got four Thunderbolt 3 connections, two USB-A sockets, HDMI, audio and Ethernet (including a 10Gbps option).

The machine is up for pre-order today starting at $799 (with much more modest specs, obviously) and ships next week, on November 7th. We spied some units on display here at the demo area set up at the event venue, but it's not like anyone gets to sit down and simulate real work on this thing. We won't pretend to be able to vouch for the performance, then. In the meantime, though, we thought it would be helpful to include some photos, especially shots at scale that show what this tiny thing looks like situated in a realistic desk setup. Have a look, and stay tuned for a proper review, hopefully sooner than later. In this article: apple, gear, macevent2018, macmini, personal computing, personalcomputing
All products recommended by Engadget are selected by our editorial team, independent of our parent company. Some of our stories include affiliate links. If you buy something through one of these links, we may earn an affiliate commission.