Audio-Technica debuts a wireless model of its popular M50x headphones

Audio-Technica's M50 headphones may have been designed for studio use when they debuted in 2007, but the original fixed-cable model and its successor (the M50x) became a popular option for everyday use. Now that wireless is all the rage -- thanks in part to fewer ports on our devices -- it makes sense that the company would stick with the M-Series for a Bluetooth model. Today, Audio-Technica revealed the M50xBT, which, as the name suggests, puts the "sonic signature" of its predecessors in a cable-free set of headphones for $199.

With a closed-back design, Audio-Technica promises the same clarity and wide frequency response as the M50x. In fact, the M50xBT houses the same magnets and voice coils as that set. The overall design is the same too, with 90-degree swiveling earcups that allow the headphones to fold flat for easy storage. Bluetooth 5.0 with aptX and AAC will also contribute to the overall sound quality and on-board controls for volume, music and phone calls sit on the left side. Those controls will also activate Siri or Google Assistant when you need them. 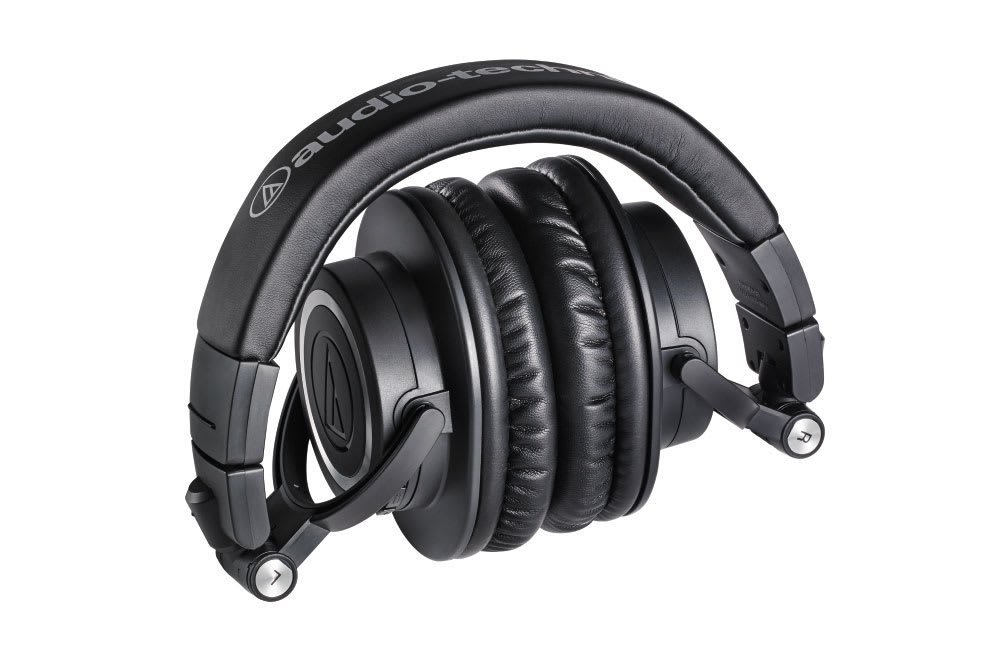 While the M50xBt doesn't offer active noise cancellation, you can expect up to 40 hours of battery life on a charge. The lack of ANC may be disappointing for some, especially when you consider how common the feature is in 2018. Speaking of charging, when the time comes, you can do so via a micro USB jack. No, there's no USB-C here. Other companies have already made the switch, and it's clear that's where the industry is heading, but it's going to take some time. For what it's worth, Audio-Tehcnica cited increased cost for the consumer when The Verge asked about the lack of USB-C.

Perhaps the best part of the news is that the M50xBT is available today in the US and Europe for $199 (£179/€199). If true wireless earbuds are more your style, Audio-Technica announced a set of those back at IFA with the ATH-CKR7TW.