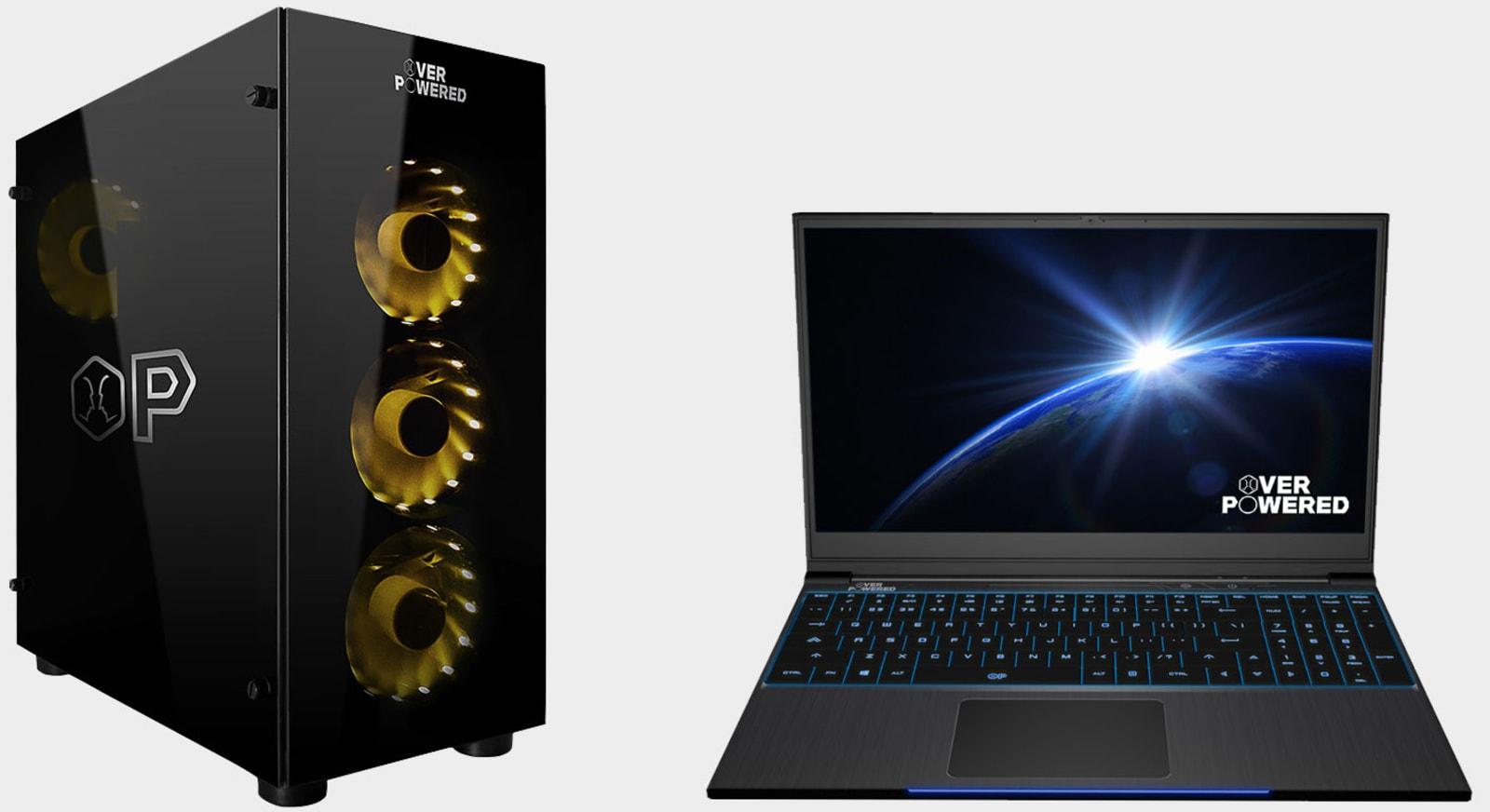 Walmart is getting into the gaming PC business. The retailer has announced an exclusive line of three laptops and three desktop towers under the name Overpowered -- and the specs are actually pretty good. The machines, available only from Walmart, have been designed in partnership with Esports Arena.

Walmart's not gone into great detail about its desktop offerings, but we know the three models -- DTW1, DTW2 and DTW3 -- each come with a Core i7-8700 processor, and, respectively, a GeForce GTX 1070 GPU, a GeForce GTX 1080 and a GeForce GTX 1080 Ti. More specs and pricing details on the desktop models will be announced in due course, although some reports suggest the mid-range model will retail around $1,899. A good price for high-spec kit you wouldn't expect to find at Walmart.

Update 10/30/18 12:15PM ET: This post has been updated to indicate that Esports Arena helped design the computers, not built them.

In this article: av, Corei7, desktop, EsportsArena, gaming, GeForce, laptop, Overpowered, PC, personal computing, personalcomputing, Walmart
All products recommended by Engadget are selected by our editorial team, independent of our parent company. Some of our stories include affiliate links. If you buy something through one of these links, we may earn an affiliate commission.