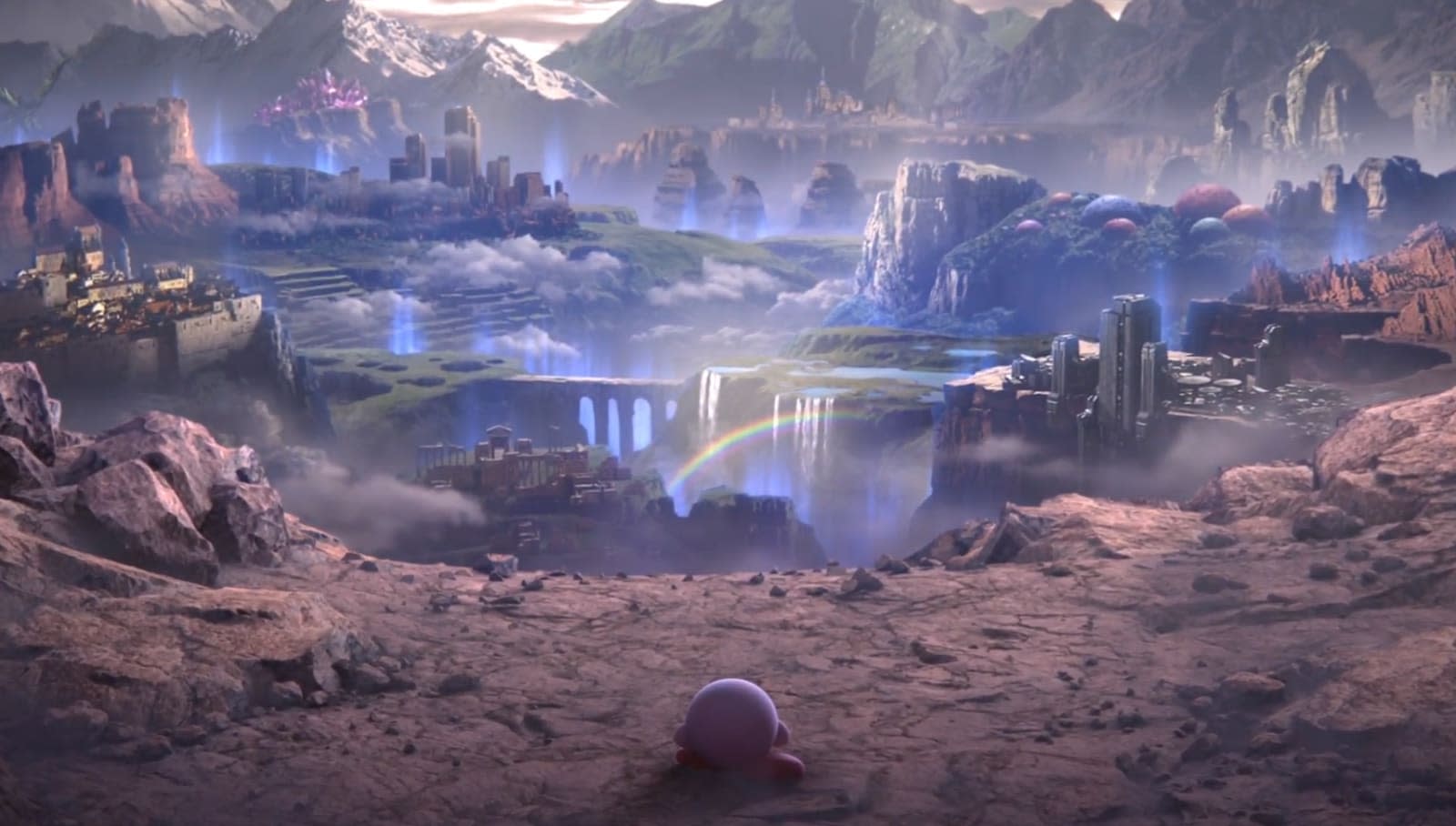 Super Smash Bros. Ultimate is getting a single-player mode, and the latest Nintendo Direct offered a first glimpse on what to expect when the game launches on December 7th. Nintendo is calling it Adventure Mode: World of Light, and promises that it's "more about fun than story."

The trailer offers some backstory to the mode. It shows dozens of well-known Nintendo characters lining up on a cliff edge, ready to battle Master Hands that descend from the sky. But the Master Hands transform into looping beams of light that carry away the characters, turning them into spirits. Kirby seems to be the sole survivor.

Nintendo is keeping most of the mode's details under wraps until SSBU launches on Nintendo Switch, though it seems to tie into the Spirits mode. You'll explore a map and encounter other fighters. Winning battles against them could earn you spirits, new support characters that buff your fighter's abilities and grant them additional ones when you're in a regular battle, or perhaps just unlock more characters for adventure mode.

Spirits are similar to "equipping a charm or accessory in an RPG," according to Nintendo, and they include characters such as Dr. Wily, Tails and Revolver Ocelot. The company claims it's "a way for players to enjoy a massive amount of additional video game characters outside of selecting them as playable fighters."

In this article: av, gaming, nintendo, nintendoswitch, ssb, ssbu, SuperSmashBros, supersmashbrosultimate
All products recommended by Engadget are selected by our editorial team, independent of our parent company. Some of our stories include affiliate links. If you buy something through one of these links, we may earn an affiliate commission.