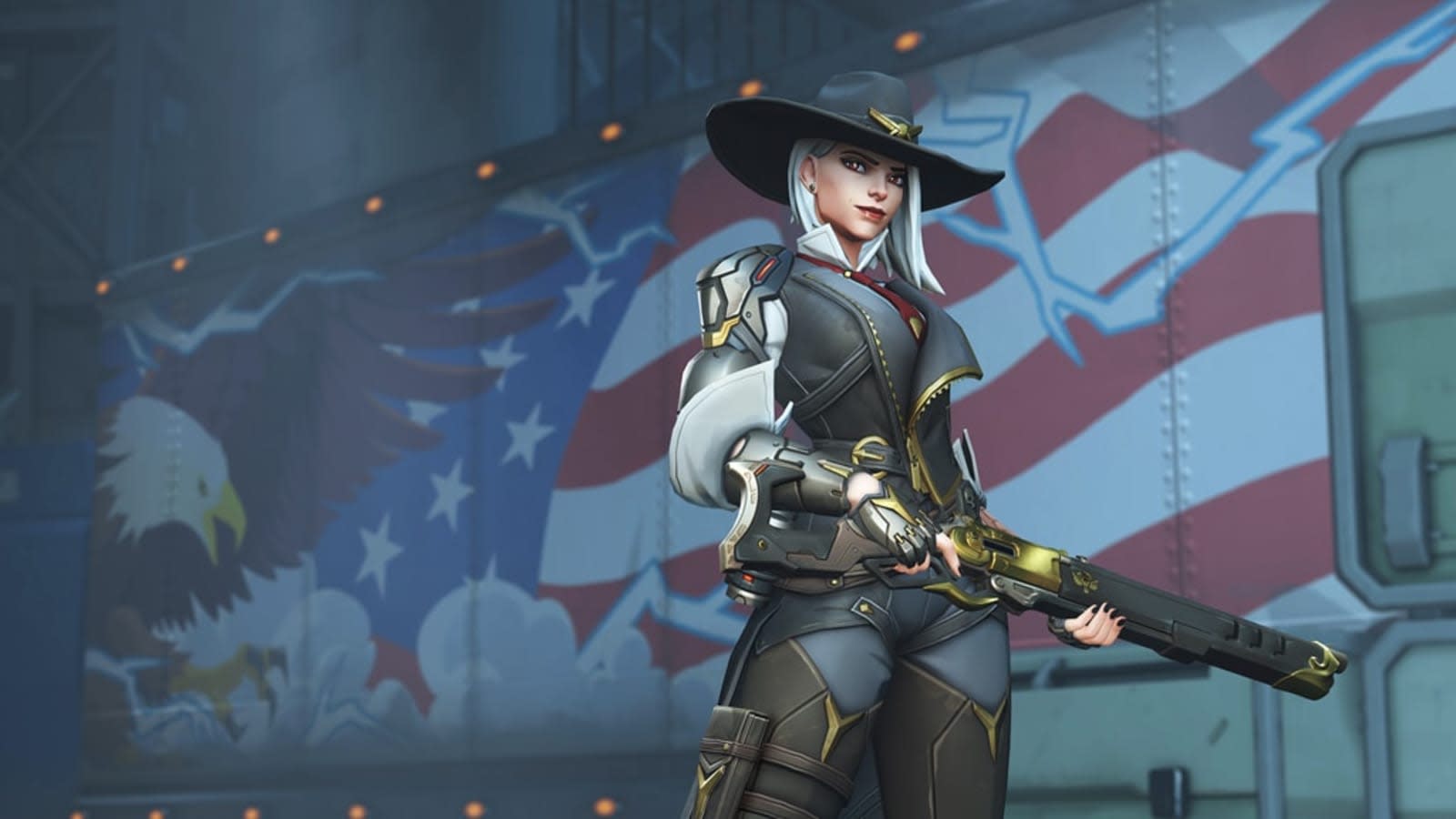 As ever at Blizzcon, Blizzard had a new Overwatch hero to reveal. The 29th playable character is Ashe, the damage-dealing leader of the Deadlock Gang. Along with her main weapon, a semi-automatic rifle, she can use her coach gun to knock enemies away and thrust herself backwards. Her dynamite attack sets enemies on fire, dealing some extra damage over time. For her ultimate ability, she can call in her Omnic cohort, B.O.B., to barrel through the opposing team and attack them with his arm cannons.

Introducing Ashe—leader of the Deadlock Gang and rebellious gunslinger who's not afraid to get her hands dirty.

Blizzard also revealed a new animated short, "Reunion," which highlights Ashe's relationship with outlaw McCree. Set on the Route 66 map, it shows just what happened with that train robbery outside the diner.

The studio had previously confirmed that, unlike at the last two Blizzcons, it would not announce a new map at this year's event. The Overwatch side of Blizzcon continues over the weekend with the Overwatch World Cup -- you can watch the matches from any perspective using a new viewer tool. Oh, and you can also get your hands on a cereal based on everyone's favorite wall-riding Brazilian, Lucio, as well as the DJ's debut album.

In this article: activisionblizzard, av, blizzard, blizzcon2018, gaming, overwatch, overwatchhero
All products recommended by Engadget are selected by our editorial team, independent of our parent company. Some of our stories include affiliate links. If you buy something through one of these links, we may earn an affiliate commission.