The smartwatch market doesn't show any signs of slowing down, and it might have just hit a major milestone in the process. Strategy Analytics estimates that smartwatch shipments grew a whopping 67 percent year-over-year in the third quarter of 2018, with 10 million devices heading out the door. The frontrunner won't surprise you -- Apple is believed to have shipped 4.5 million watches (nearly a million more than last year) thanks to the debut of its overhauled Series 4. Fitbit proved to be the real upstart, through, jumping from zero to 1.5 million thanks mostly to the Versa.

Other competitors did grow, but in smaller numbers. Samsung held on to third place with 1.1 million devices due in no small part to the Galaxy Watch launch. Garmin, however, was struggling. While its shipments did go up to 800,000, the relatively small increase (200,000) left it losing market share to its faster-growing challengers.

There's a good chance this trend continues. The holiday is likely to see a surge in sales, especially for brand new models like the Apple Watch Series 4 and low-cost options like the Versa. If there's a danger for the market, it's that smaller companies might find themselves squeezed out as gift-givers flock to the major options. 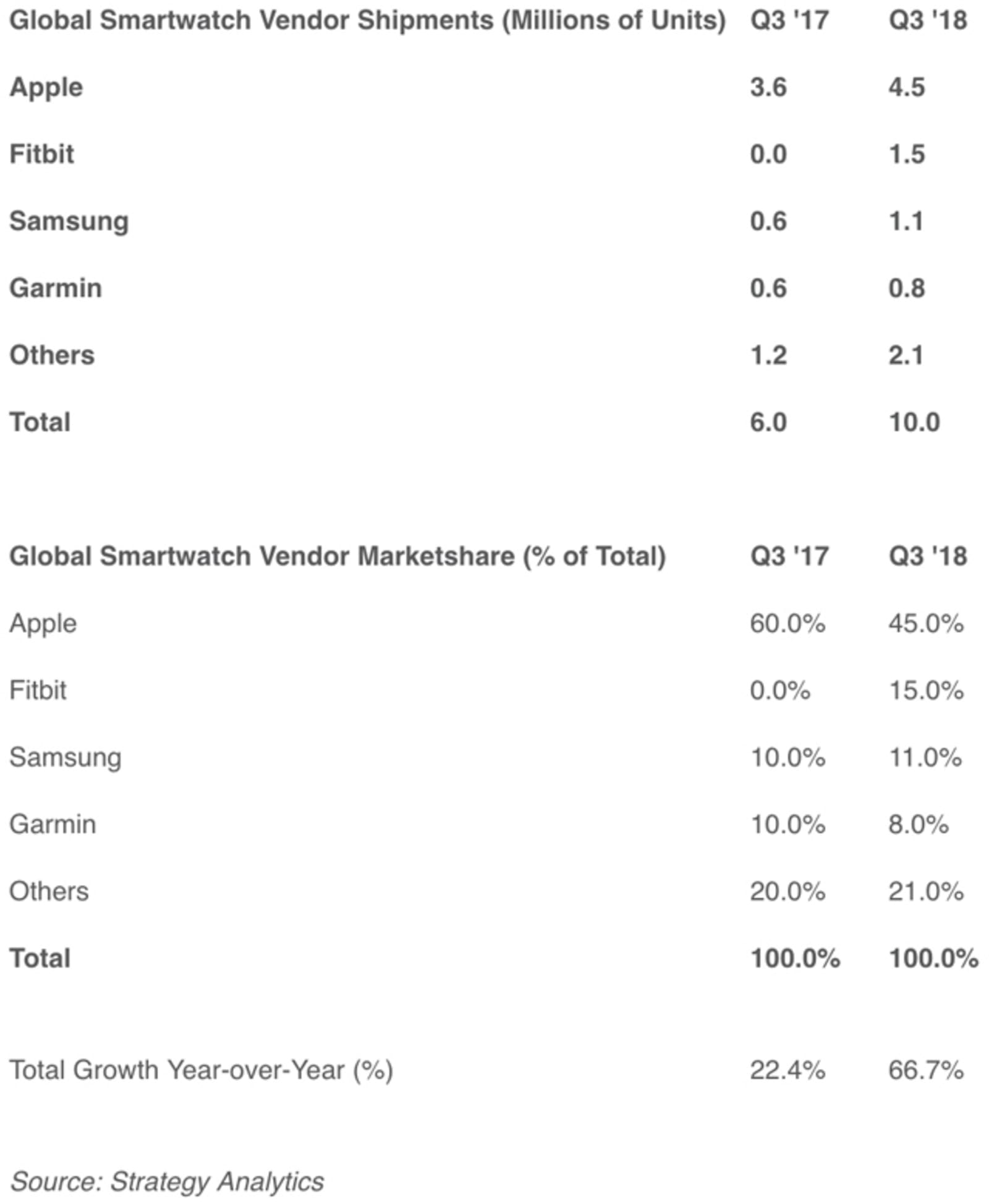