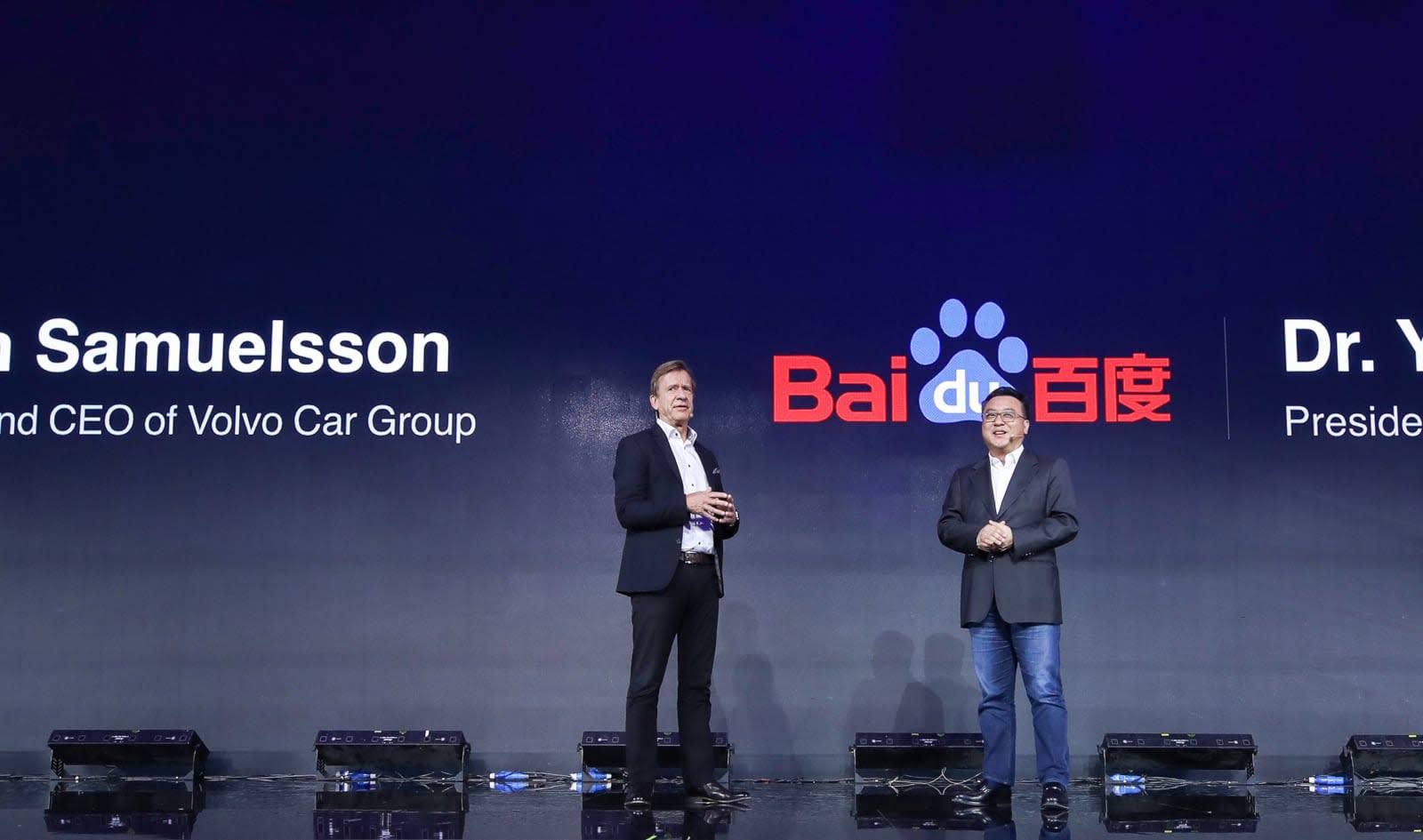 It's not just Ford that's working with Baidu to develop self-driving cars for the Chinese market -- Volvo has also revealed its team-up with the tech giant. While Ford announced the partnership earlier, the Swedish luxury automaker says it's the "first foreign car maker to collaborate this closely with Baidu" when it comes to autonomous vehicles. The two companies will pool their resources to create and mass produce electric and fully autonomous vehicles when the time comes: Volvo will be in charge of developing the cars themselves, which will be powered by Baidu's Apollo autonomous driving platform.

Their ultimate goal is to create and sell Level 4 autonomous vehicles -- those that don't need a human driver at all -- but it's unclear if they're also releasing semi-autonomous models before they achieve that. At this point in time, Baidu's Apollo is already capable of driving in basic urban environments, even at night.

By investing time and money in autonomous vehicles, the partners are making sure that they're getting a piece of what could become a massive market in the Asian country. London-based analyst IHS Marking believes that around 14.5 million autonomous cars will be sold in China by 2040.

Håkan Samuelsson, president and chief executive of Volvo Cars, said in a statement:

"With Baidu we take a big step forward in commercialising our autonomous compatible cars, built on Volvo's industry-leading safety technology. There is a strong development in autonomous drive in China, where Baidu is a leading player, and the market there offers huge opportunities for us as the supplier of choice for autonomous fleets."

In this article: autonomouscars, baidu, gear, self-driving, transportation, volvo
All products recommended by Engadget are selected by our editorial team, independent of our parent company. Some of our stories include affiliate links. If you buy something through one of these links, we may earn an affiliate commission.