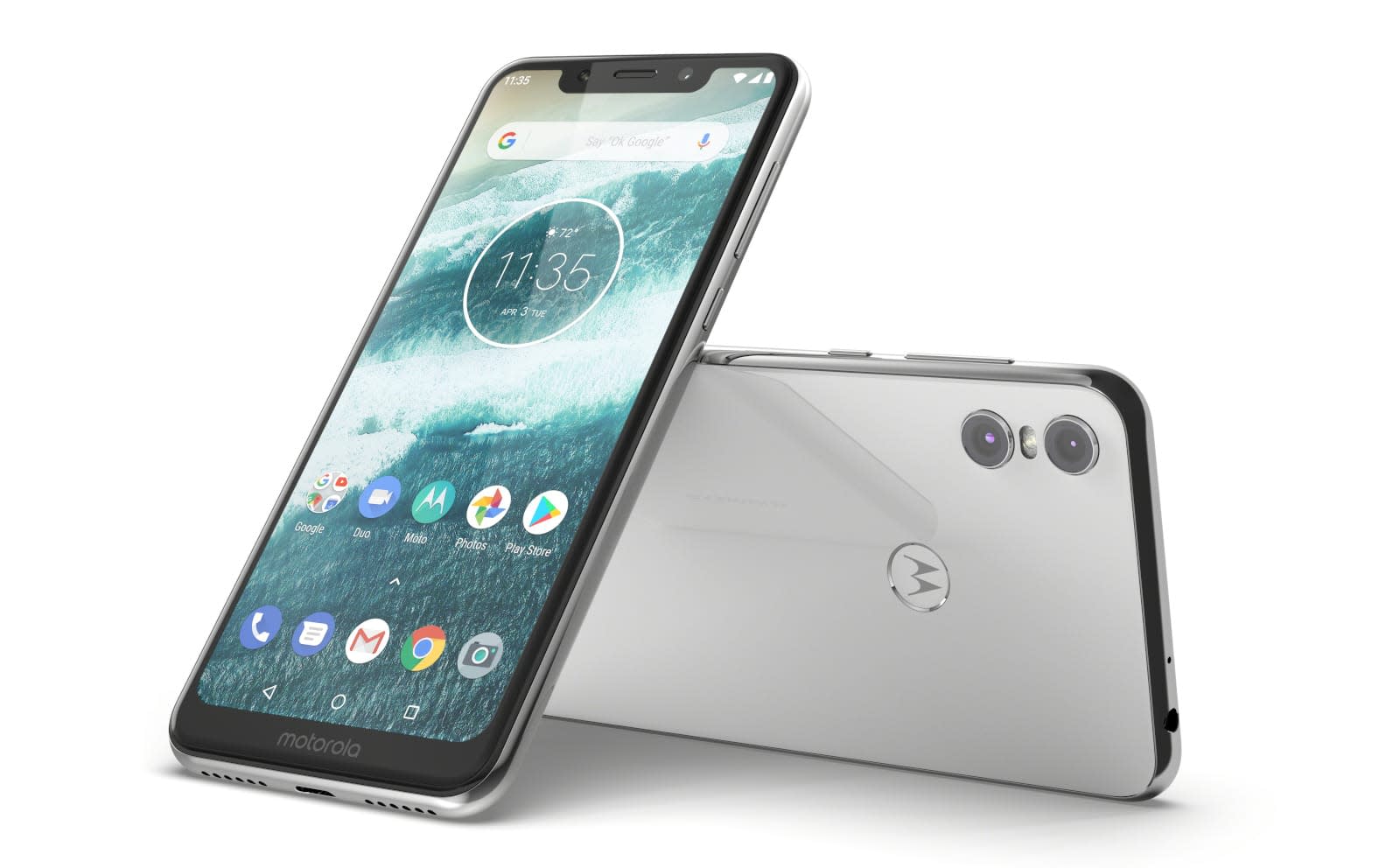 You'll soon be able to buy the Motorola One in the US. The phonemaker says it's bringing the Android One phone stateside "after a successful launch" in Latin America, Asia Pacific and Europe where it's sold for €299. In the US, the device will set you back $399 as an unlocked GSM device. It's already up on Best Buy's website for pre-sale and will be available in store starting on November 11th. Take note, though, that its black version is an online exclusive, while the white one will be sold in brick-and-mortar outlets.

The Android One program was originally created to release entry-level devices in developing markets. Eventually, it turned into Google's mobile initiative for a series of smartphones running the company's stock mobile OS -- as such, they receive the latest Android updates more quickly than others.

The Motorola One has a 5.9-inch HD screen, a 13-megapixel dual smart camera system and an 8-megapixel selfie camera. It's powered by the two-year-old Snapdragon 625 2.0 GHz octa-core processor, has Google Lens and comes equipped with a 3000 mAh battery. The device was one of the two Android One phones with an iPhone X-like notch the company introduced in August -- the other phone is the slightly more robust Motorola One Power. Unfortunately, a Motorola spokesperson told us that the company has no confirmed plans to release the One Power in North America at the moment.

In this article: bestbuy, gear, mobile, motorola, motorolaone, thebuyersguide
All products recommended by Engadget are selected by our editorial team, independent of our parent company. Some of our stories include affiliate links. If you buy something through one of these links, we may earn an affiliate commission.