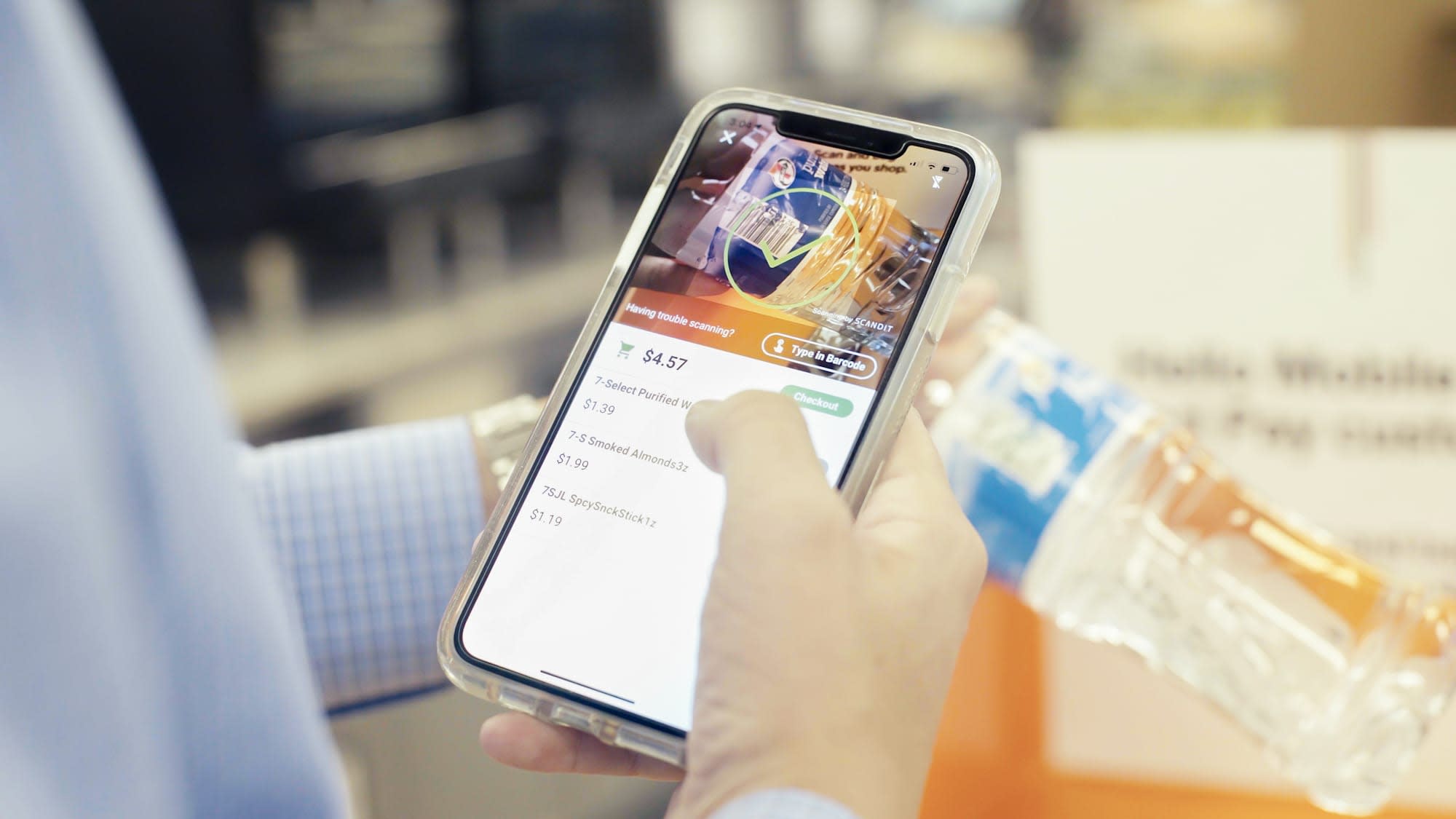 Cashier-less checkouts are supposed to be all about convenience, so it's only right that a convenience store gets in on the action. 7-Eleven is launching a new pilot program called Scan and Pay that lets you scan your purchases and checkout with your smartphone without needing to visit the cashier. The chain is testing Scan and Pay at 14 locations in Dallas.

Here's how 7-Eleven's Scan and Pay program works: Shoppers will download the 7-Eleven app on their phone and sign up for the 7Rewards loyalty program. Once inside an eligible store, a "Start scanning" option will appear in the app. Using the phone camera, shoppers will scan the items they want to buy, then pay for them with Apple Pay, Google Pay or a credit or debit card. Once the payment goes through, the app will give customers a QR code that they'll have to scan at a confirmation station before leaving the store.

7-Eleven's stores aren't quite as elaborate as Amazon's sensor- and camera-filled Amazon Go stores that can tell when you take an item off the shelf, but the convenience store has the brick-and-mortar infrastructure that Amazon lacks. While it's piloting Scan and Pay just in Dallas for the time being-- the same city in which Sam's Club is launching its own store with a smartphone-based checkout system -- the company plans to expand the service to other cities starting in 2019.

In this article: 7-eleven, 7Eleven, business, cashierlessstore, gear, scanandpay, services
All products recommended by Engadget are selected by our editorial team, independent of our parent company. Some of our stories include affiliate links. If you buy something through one of these links, we may earn an affiliate commission.