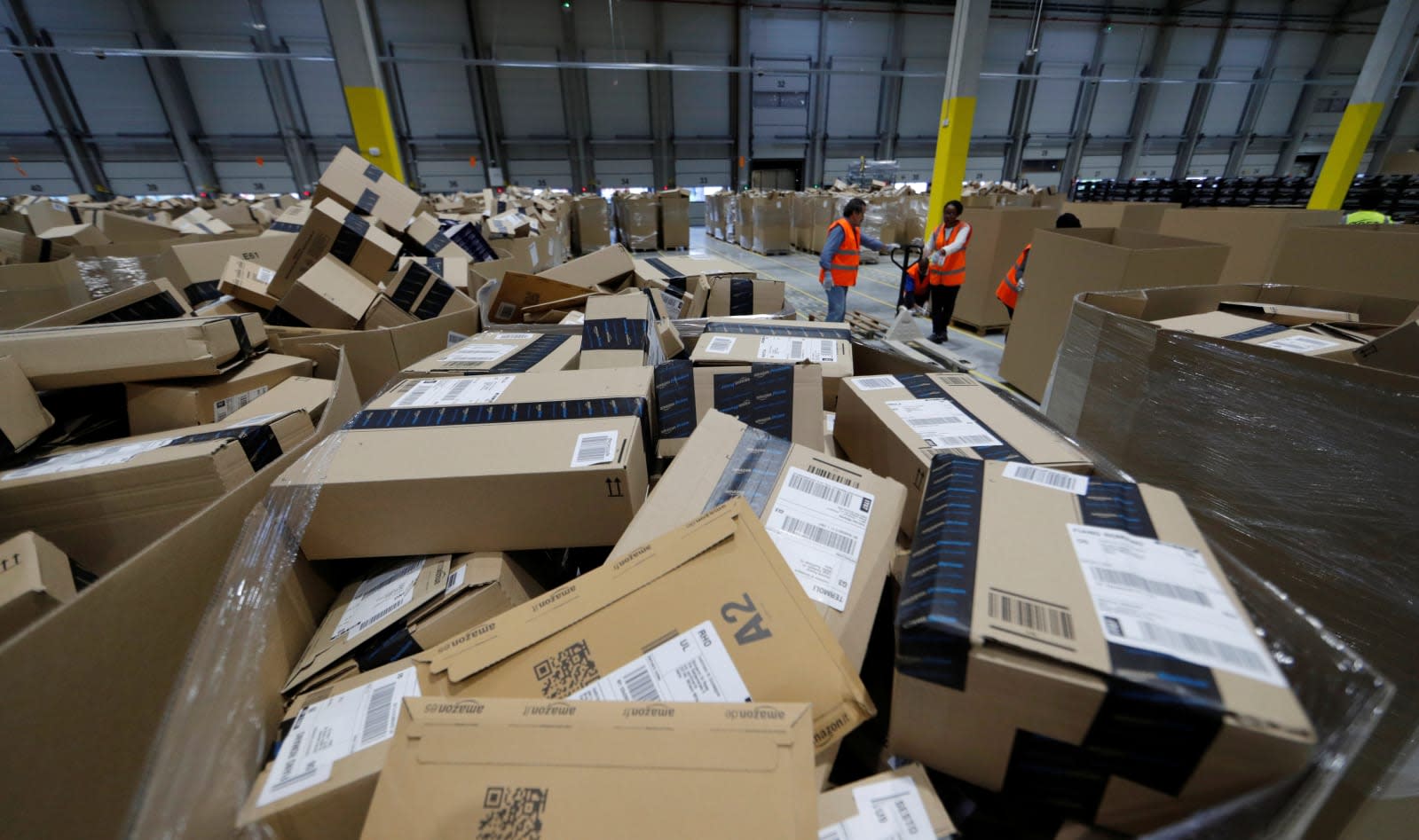 Amazon is making rivals like Walmart sweat a bit more over the holidays by offering free shipping with no minimum purchase to everyone. The company announced that it's waiving the usual $25 minimum fee required for non-Prime customers in a US-only promotion -- the first time it's done that, according to Reuters. The deal is effective starting today, and will last until just before Christmas, when Amazon can no longer promise free delivery in time for Christmas.

Amazon notes that it has the largest selection in the US of products available for free shipping, with "hundreds of millions" of items. To make sure it doesn't miff Prime clients who pay $120 for the same privilege, Amazon is extending free same day delivery to those folks on "over 3 million items," it said, on top of the regular two day free shipping.

While over half of all US households have a Prime subscription (think about that for a second), the deal still covers plenty of other folks. Amazon spent $21.7 billion on shipping in 2017, and with the holiday deal, will no doubt lose money on some lower-priced items. However, Amazon is no doubt hoping to convert users still on the fence over to Prime, which generates much of its profits.

Update 11/5/2018 10:07 AM: Amazon has confirmed to Engadget that it has expanded free same-day deliveries to Prime members for over 3 million products. A spokesperson told us:

Prime Free Same-Day is continuing to grow in both selection and coverage. This is the first time we are disclosing that tens of millions of Prime members in the U.S. have access to Prime Free Same-Day, and that we now have over three million items available to ship with Prime FREE Same-Day. This is the largest same-day selection in the U.S. For reference, we had previously stated one million items eligible for Prime FREE Same-Day delivery.

In this article: amazon, business, FreeShipping, gear, Holidays, internet, NoMinimumPurchase, Prime, Shipping, thebuyersguide, Walmart
All products recommended by Engadget are selected by our editorial team, independent of our parent company. Some of our stories include affiliate links. If you buy something through one of these links, we may earn an affiliate commission.