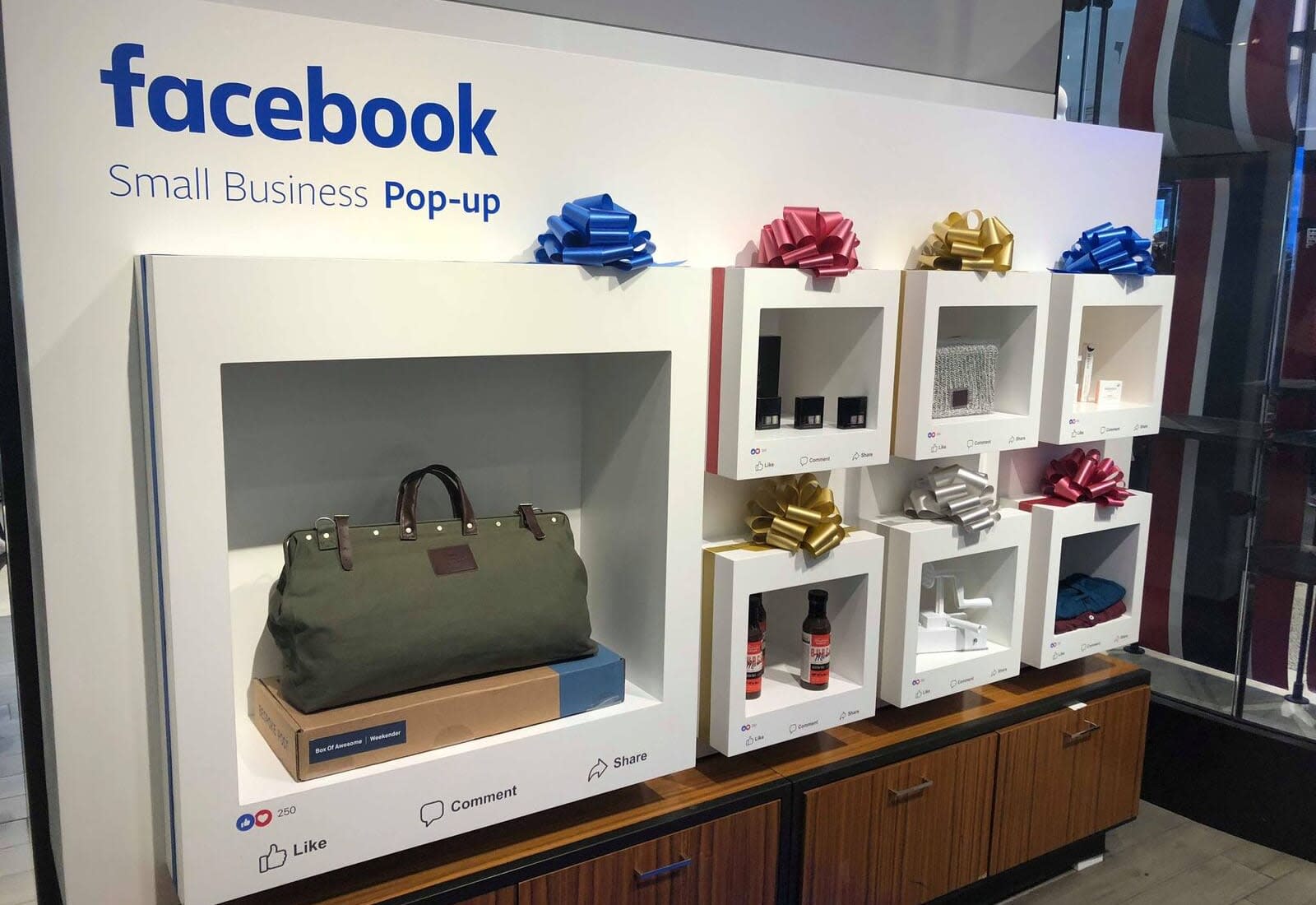 Facebook is bringing around 100 digital-native brands and small businesses that have found success on the social network and Instagram to physical retail locations. It's opening pop-ups at nine Macy's stores as the holiday shopping season gets underway.

The Facebook Small Business Pop-ups opened Monday in New York City, Pittsburgh, Atlanta, Fort Lauderdale, San Antonio, Las Vegas, Los Angeles, San Francisco and Seattle, and they will be available until early February. The brands featured at the pop-ups include Love Your Melon, an apparel brand that's helping the fight against pediatric cancer; Charleston Gourmet Burger Company, which sells a burger marinade; and Two Blind Brothers, a clothing company that donates all of its profits to research for a blindness cure.

The Macy's partnership could be a case of Facebook testing the water for broader retail efforts. The company is making a push into the hardware market, including with its Oculus VR headsets and Portal video chat displays. If the Macy's pop-ups go well, it's not difficult to imagine a scenario in which Facebook opens stores for its own products. The Macy's collaboration follows Amazon growing its own physical retail footprint, such as with its Amazon Go shops, Whole Foods business and its new 4-star stores, which stocks new and trending items on Amazon as well as products that users have rated four stars or more.

In this article: business, facebook, gear, instagram, macys, popup, retail, smallbusiness
All products recommended by Engadget are selected by our editorial team, independent of our parent company. Some of our stories include affiliate links. If you buy something through one of these links, we may earn an affiliate commission.