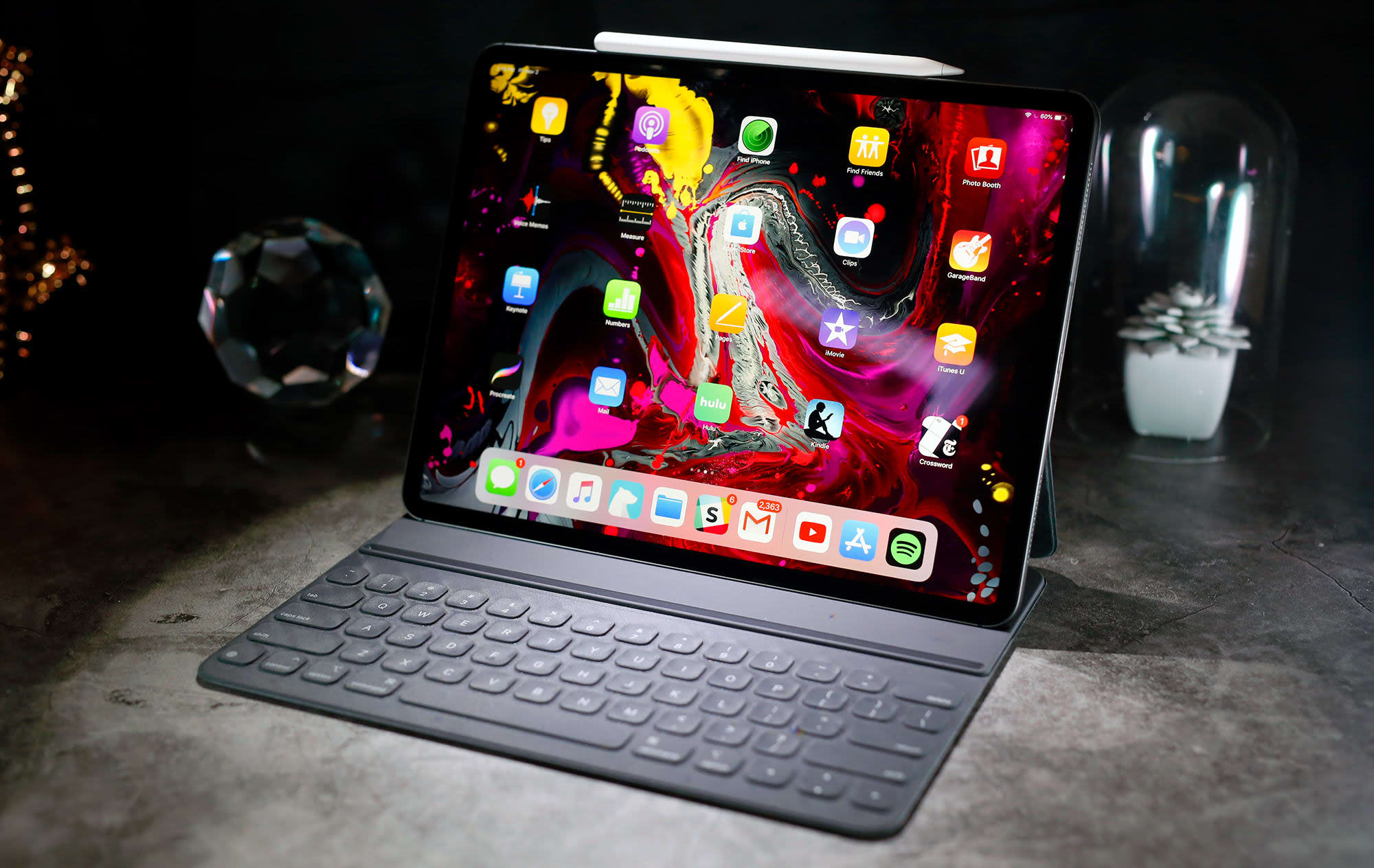 Apple's new tablet is a big step forward, but it has its quirks.

Apple's newly updated iPad Pro is, to put it bluntly, a spectacular bit of hardware. In fact, it's so spectacular that we haven't been able to completely put it through its paces yet. Frankly, there's so much going on here that to try and pretend we could thoroughly test it in the four days we've had it would be a disservice to you and anyone else considering buying one. After all, these machines don't come cheap: The model we've been testing is the fully specced-out 12.9-inch Pro with 1TB of storage, and once you factor in the keyboard case and a new Apple Pencil, you're looking at more than $2,000. To really decide if something like that is worth it, we needed a little more time.

That's why we're saying to hell with embargoes and holding off on publishing our full review for a few more days. Don't worry: You'll be able to read it soon, so you'll have our full verdict ready just as the new Pros go on sale. In the meantime, though, we've learned a lot about the 12.9-inch iPad Pro over the past few days, and I wanted to share some of those first impressions with you.

Let's start with some numbers. The bigger of this year's new iPad Pros is about two-tenths of a pound lighter than the original. And while that might not sound like a lot, it makes a huge difference in how easy the Pro is to use. It's also a millimeter thinner than the older 12.9-inch Pro, and it's about a full inch shorter, too.

All of these changes to the original iPad Pro formula really add up. What used to require two hands to use can now be handled with one hand (though people with small hands might prefer the smaller 11-inch model). Reading on the subway is easier. Holding it up while watching YouTube videos in bed is easier. It fits more easily into my already too full backpack. Perhaps more important is the fact that the Pro's Retina display is the exact same size and resolution as before; there's just less bezel running around it.

Apple says this is the iPad it's wanted to build all along, and I'm not surprised. All the horsepower tucked away inside (and there's a lot of it) is more accessible because of this streamlined design, and I don't think I could go back to an iPad that wasn't this trim. Even with the $200 Smart Keyboard folio attached, the Pro still feels more manageable than the 13-inch MacBook Pro I use at home, not that that's a surprise. If nothing else, Apple built a big, pro-level iPad that physically fits better into people's lives. For someone like me who wanted to love the original 12.9-inch Pro but just couldn't, that's a notable step forward. 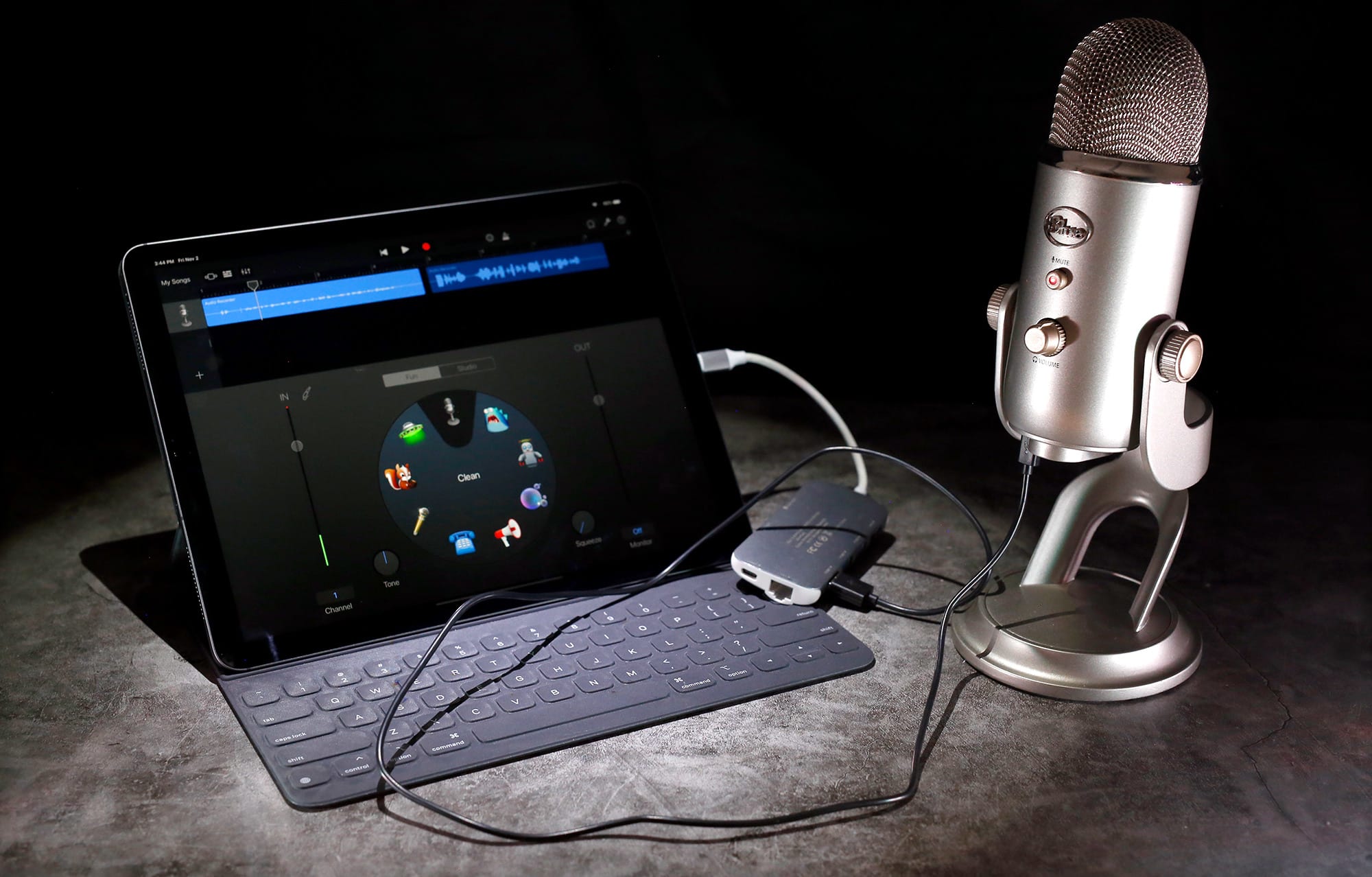 By now you're probably aware that Apple finally ditched its proprietary Lightning port here in favor of the ubiquitous USB-C standard. Forget the screen, and the A12X Bionic chipset and just about everything else: This might be the single most important change to how people actually use the iPad. My main work computer is a MacBook Pro, and to really get anything out of it, I had to buy a USB-C dongle with a load of extra ports: a few USB-As, an SD card slot, Ethernet and so on. Turns out, this little accessory has come in remarkably handy in testing the iPad Pro, because I've been able to put every single one of those ports to good use.

While messing around in GarageBand, I used that port to connect a Blue Yeti microphone and record audio that sounded noticeably better than when I used the tablet's built-in mic. (The lack of input controls meant it was tricky to get my levels right, but a little determination goes a long way.) When it came time to edit the photos you see in this story, I just popped in my Canon's SD card -- the iPad launched the Photos app and allowed me to directly import my pictures to the device's internal storage. And since iCloud generally does a fine job syncing images between multiple devices, I could start tweaking those photos in Photoshop on my Mac without having to reimport them there too.

I even connected the iPad to my home network through Ethernet, and it worked seamlessly. Will you ever actually need to do that? Probably not, unless you're, I don't know, setting up an iPad as a kiosk of some kind. The point is, you can if you want to, and that's a degree of flexibility I'm just not used to on an iPad.

Not everything I tried actually worked, though. Rather than allowing you to, say, move images and documents around using iOS's built-in Files app, plugging in a USB thumb drive just prompts Photo to try and import whatever is on it. That's the thing about using this connector sometimes, though: You'll never really know what to expect until you plug something into it. Aside from briefly outlining a few use cases for USB-C during its launch event last month, Apple hasn't really explained how else people can expect to use it, making my time with the Pro one long trial-and-error session. I've been pleasantly surprised with how I've been able to put that new connector to use, but I'm starting to get tired of this guessing game. 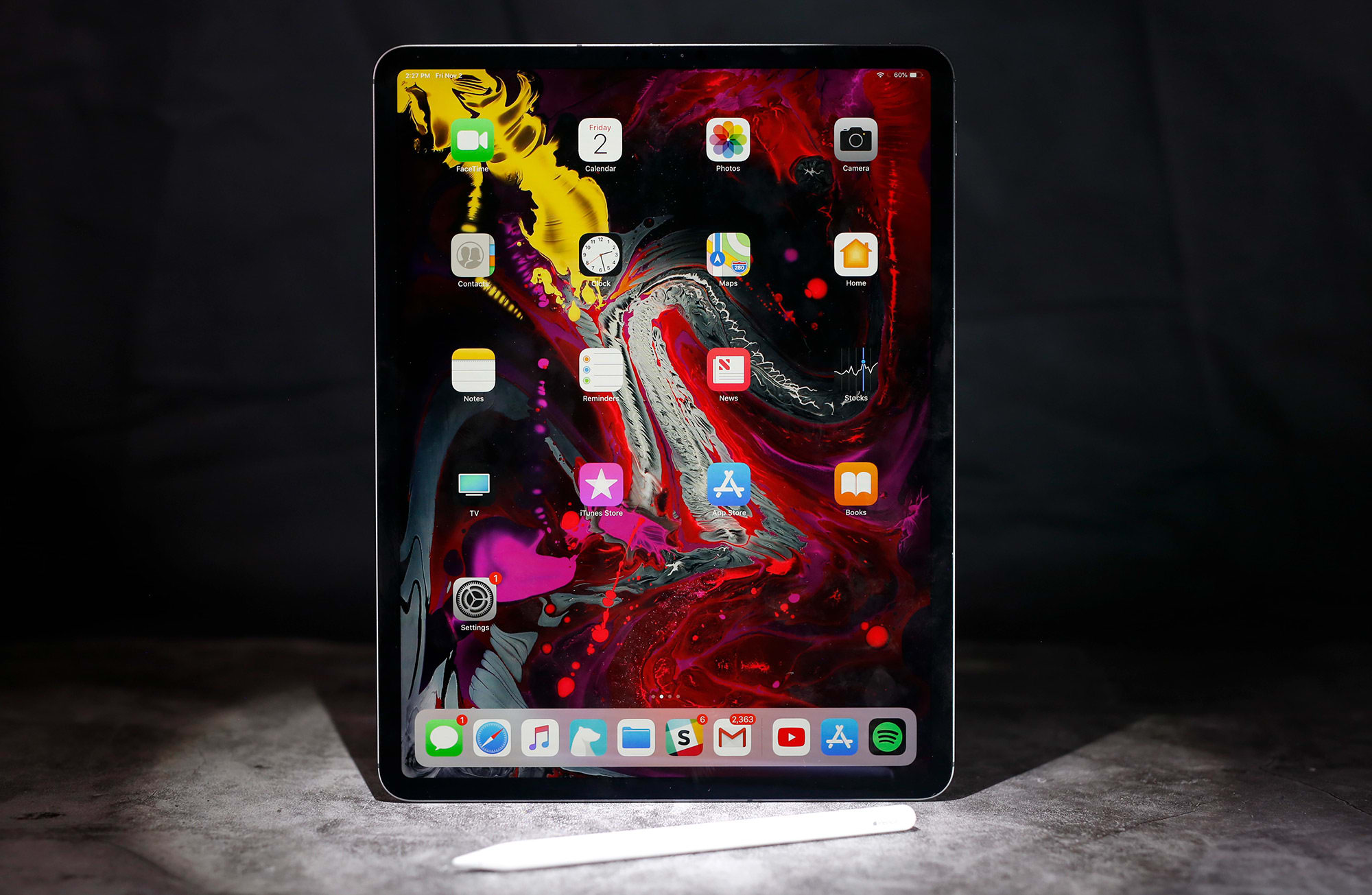 In the process of putting together our review, I've been trying to do everything -- writing, image editing, formatting the layout -- right from the iPad. The experience has been mixed, to say the least. This version of the iPad has come the closest to actually replacing my work computer, but it's still not there yet. As always, your mileage will vary; I can imagine a few scenarios where this iPad Pro could all but replace a standard laptop for daily use.

Key parts of my workflow, however, were built with a more traditional computer in mind, and they just don't translate well to iOS. Take Engadget's publishing system, for instance: I tried writing a news story on it last week, but unfortunately our CMS doesn't quite know what to do with touch inputs. You're definitely not going to run into this specific problem (unless you're a co-worker, in which case sorry, friends, no dice), but I'm sure there are other legacy applications that iOS doesn't play nice with.

That said, writing this story on the iPad's Smart Keyboard has been relatively painless: It's still covered in the same liquid-resistant fabric, which feels odd, but it's perfectly usable even for long stretches of drafting. And Lightroom CC has been terrific at editing the photos I imported onto the iPad, though I had to push those files back to my Mac to watermark them. (There's probably a way to do this with a Siri shortcut, but I haven't cobbled one together yet.)

From battery life to USB-C accessory testing to doodling with the Pencil, there's still plenty more digging to do here. What I can say for now is that this new generation of the iPad Pro feels more capable than any other I've tested, and it seems to advance the idea that an iPad could, under certain circumstances, be a person's primary computing machine. We'll be able to tell how big a step forward it is only after more testing, though, so stick around for the full verdict in the next few days.