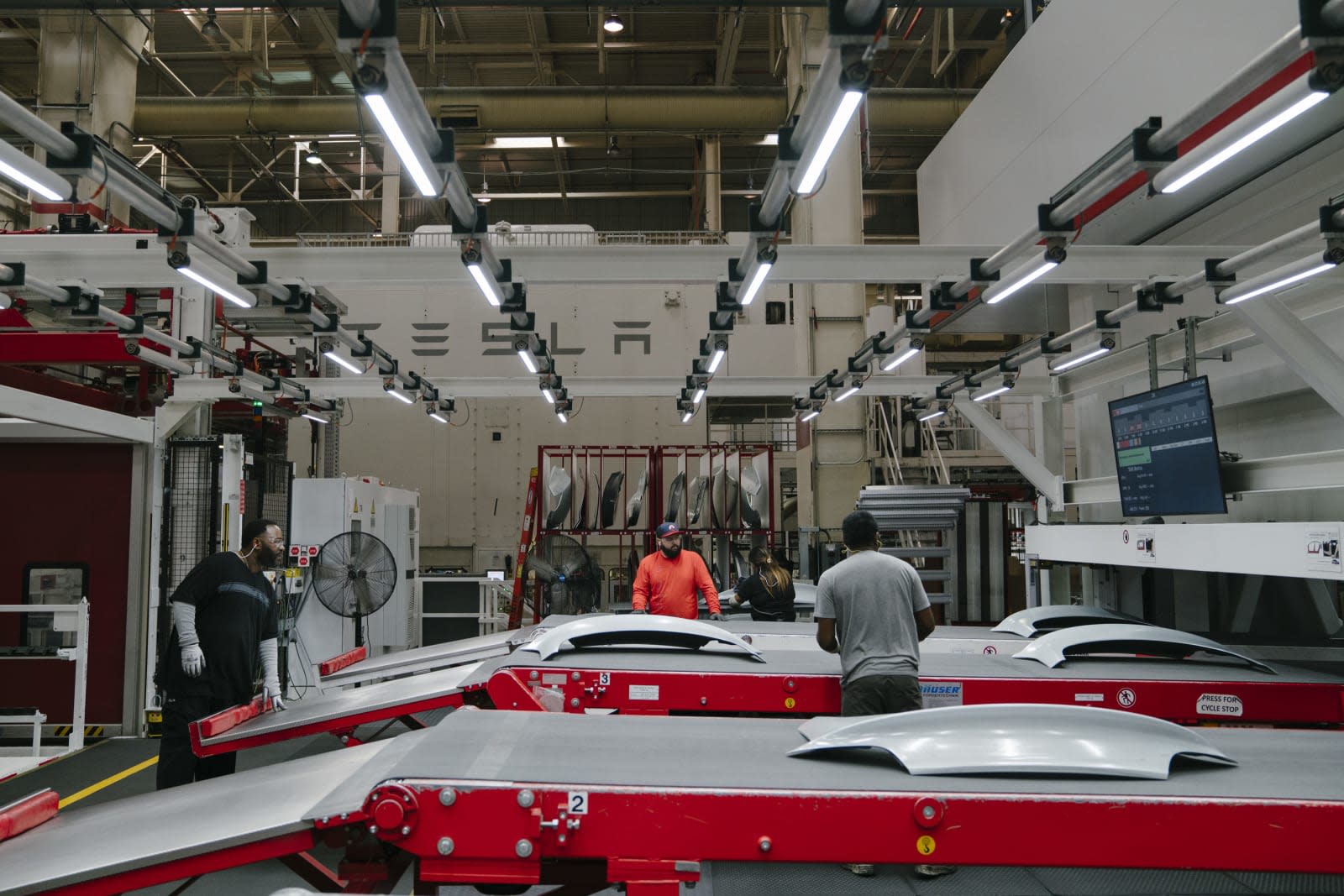 Earlier this year, The Center for Investigative Reporting's Reveal published a report claiming Tesla was undercounting its worker injuries and ignoring safety concerns presented by its factory managers. Now, in a new report, Reveal says the company's medical clinic has withheld medical care and work restrictions in order to minimize how many injuries Tesla has to include on its official injury records.

"The goal of the clinic was to keep as many patients off of the books as possible," Anna Watson told Reveal. Watson is a physician assistant who worked at the medical clinic in Tesla's Fremont factory earlier this year. "The way they were implementing it was very out of control," she said. "Every company that I've worked at is motivated to keep things not recordable. But I've never seen anybody do it at the expense of treating the patient."

Watson and four other former clinic employees told Reveal that the company's on-site medical clinic, which has been run by Access Omnicare since June, frequently turned away temp workers, left medical assistants unsupervised and denied care like stitches and braces in order to keep injuries off the logs. According to internal records obtained by Reveal, reducing recorded injuries was a benefit Access Omnicare said it could offer Tesla.

One Access Omnicare employee told Reveal that Tesla pressured the medical company to dismiss injuries. Staff were then reportedly told to stop recommending stretches for back and shoulder injuries, told they couldn't call 911 for injuries without a doctor's permission and told they couldn't give injured employees work restrictions. Instead of an ambulance, workers were allegedly told to use Lyft.

Basil Besh, the doctor who owns Access Omnicare, said the reduced injury counts aren't due to pressure from Tesla, but are instead a reflection of more accurate diagnoses. He also disputed claims that medical assistants worked alone and said 911 calls were only discouraged when workers weren't in a life-threatening situation. Additionally, while Watson says she was fired by Besh for not deferring to doctors, Besh said in a statement that he couldn't comment on why he "severed ties" with Watson as she's "currently the subject of an investigation by the California Medical Board."

"As a physician, my foremost obligation is to perform a careful history and physical examination, order additional tests when clinically indicated, make an accurate diagnosis and deliver the absolute best care possible," Besh said in his statement, which you can read in full below. "If patients are injured and continued work presents safety issues for the patient, myself and my fellow physicians prescribe the appropriate work restrictions. Any suggestion that myself or any of my medical team at AOC allow external factors to influence our medical care in any way is false and inaccurate."

In April, the National Council for Occupational Safety and Health named Tesla one of the most dangerous places to work in the US and cited Reveal's previous report in its assessment. For its part, Tesla released a blog post pushing back on Reveal's earlier claims, saying it painted "a completely false picture." Tesla declined to comment on Reveal's new report, which you can read here.

"I spent nearly one hour with Reveal detailing Tesla's decision earlier this year to bring me and my medical team on site at Fremont, providing its employees with state-of-the-art occupational and musculoskeletal health care. I detailed our vision for exemplary patient care and I gave specific examples of protocol improvements and subsequent successes in outcomes in only four short months, including accurate diagnoses and reducing needless delays for advanced testing and treatment. I patiently educated Will Evans on how Tesla allowed me to give the same care to Tesla employees that I do to my private patients including ones who are professional athletes, with the ability to get necessary testing and treatment in a timely manner without being hindered by an often cumbersome California Worker's Compensation System that sometimes negatively effects injured workers.

"I counseled Will on the difference between subjective complaints of pain, which cannot be proven and are often magnified, and objective signs found only on careful clinical examination by an experienced physician. I even mailed Will a copy of a relevant chapter from the American Medical Association Return to Work Guidelines and offered to make myself available for additional questions. Research and evidence-based medicine indicate that deconditioning injuries involving sore muscles should not be treated with inactivity as this only exacerbates the problem, but should instead be treated by proactive conditioning, ergonomic modifications and supportive care. Not all patients in pain should be off work, at home and on opioids. In fact, it is most often in these patients' best interest to have supportive care that enhances their activity, their function, and their well-being.

"As a physician, my foremost obligation is to perform a careful history and physical examination, order additional tests when clinically indicated, make an accurate diagnosis, and deliver the absolute best care possible. If patients are injured and continued work presents safety issues for the patient, myself and my fellow physicians prescribe the appropriate work restrictions. Any suggestion that myself or any of my medical team at AOC allow external factors to influence our medical care in any way is false and inaccurate.

"Rather than deliver an informative and balanced piece of journalism, Reveal has instead chosen to hitch its wagon to Ms. Anna Watson, a provider with whom we severed ties after less than two weeks at our clinic and about whom I cannot provide any additional comment as she is currently the subject of an investigation by the California Medical Board. Instead of highlighting the tremendous progress being made in both patient safety and patient care at Tesla, this report uses poor sourcing to tell a story consistent with a predetermined agenda."

In this article: business, gear, injury, osha, safety, tesla, transportation
All products recommended by Engadget are selected by our editorial team, independent of our parent company. Some of our stories include affiliate links. If you buy something through one of these links, we may earn an affiliate commission.