Dropbox taps third-party apps for file editing on the web

Dropbox started out as a simple online vault for your most important files, but over the years the company moved from just having a place to store and share documents to a place where you can get collaborative work done on them. Today, Dropbox is announcing a new tool called Extensions that'll make it a lot easier to get basic tasks done through the Dropbox web interface. Thanks to partnerships with a host of software companies like Adobe, DocuSign, Vimeo, Nitro, Pixlr and Smallpdf, Dropbox users will be able to run various "workflows" to edit files on the web without having to download anything or open any apps.

If you've ever right-clicked a file in Windows or macOS and picked "open with" to edit in your app of choice, you'll be familiar with what Dropbox is doing here. Now, hovering the mouse over a file will reveal an "open with" menu which contains all enabled extensions that apply to the file type. (That means you won't see an "annotate Vimeo video" prompt on a PDF, for example.) When you pick an extension, like "edit in Pixlr" for an image, the file opens in a new tab where you can make the desired changes and save it right back to Dropbox. 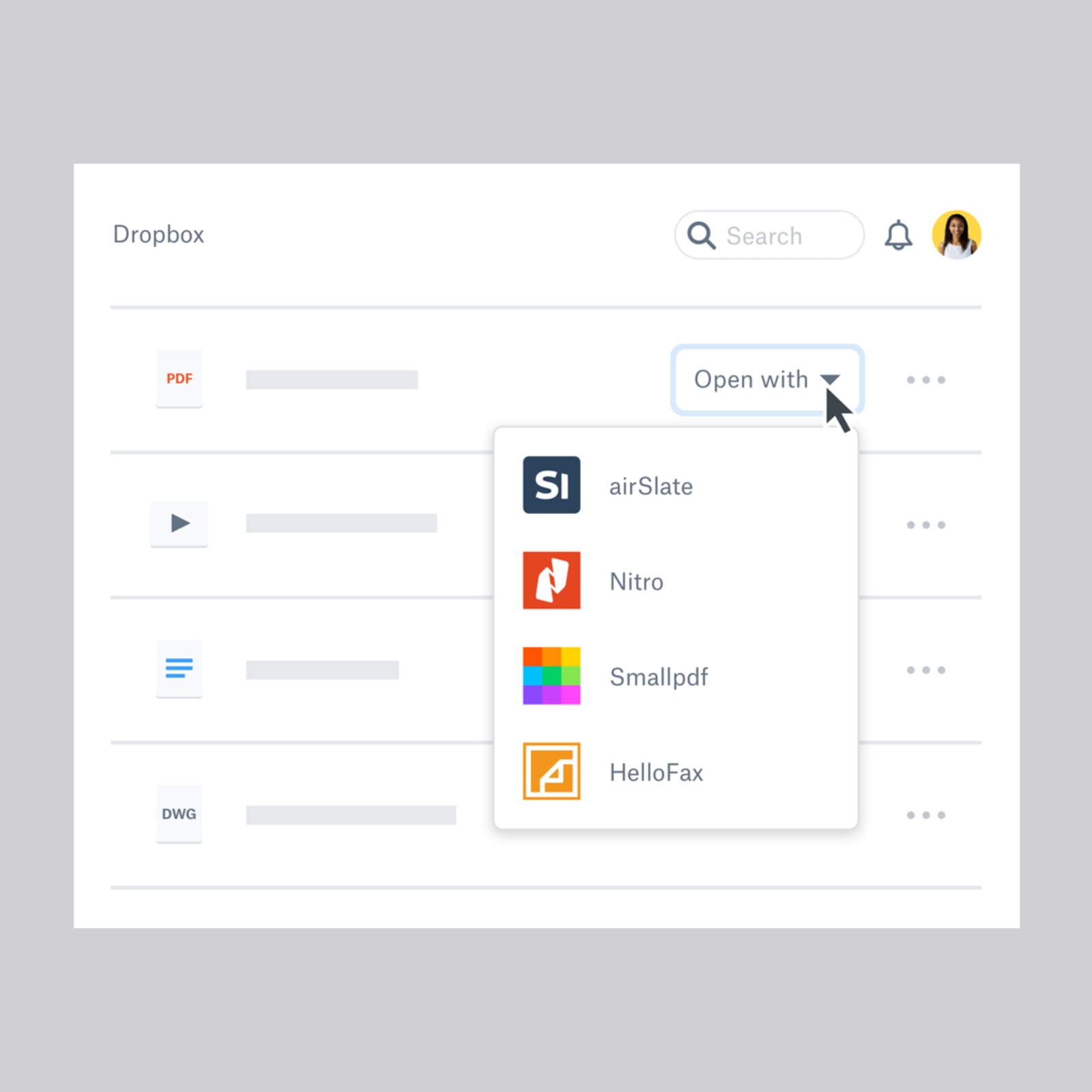 Instead of positioning these new extensions as isolated experiences, Dropbox is positioning them as part of workflows to get various tasks done. Besides doing some light photo editing, Dropbox extensions also support things like sending files for eSignature. That workflow uses Adobe Sign, DocuSign or HelloSign to share PDFs or Word documents, get the signatures needed and save the final signed copy back to Dropbox. Another workflow lets users edit PDFs with Nitro, AirSlate or Smallpdf, while a Hellofax extensions makes it easy to send a Word doc or PDF as an electronic fax. (We hope not too many people need to send faxes anymore but also acknowledge that this could be useful for the poor souls who do.)

Most of these are pretty basic features, but there are a few more notable workflows included in today's launch. An Autodesk extensions displays DWG files through the AutoCAD web app and allows for editing without the need to install any apps. The Vimeo extension enables multiple collaborators to comment and annotate video files; it includes time-coded feedback so that comments can be left for specific parts of the video. Any changes made in any extension are either saved back to the master file or saved in a new document -- for example, once a shared document gets the requested eSignatures, it is saved as a new "signed" file. 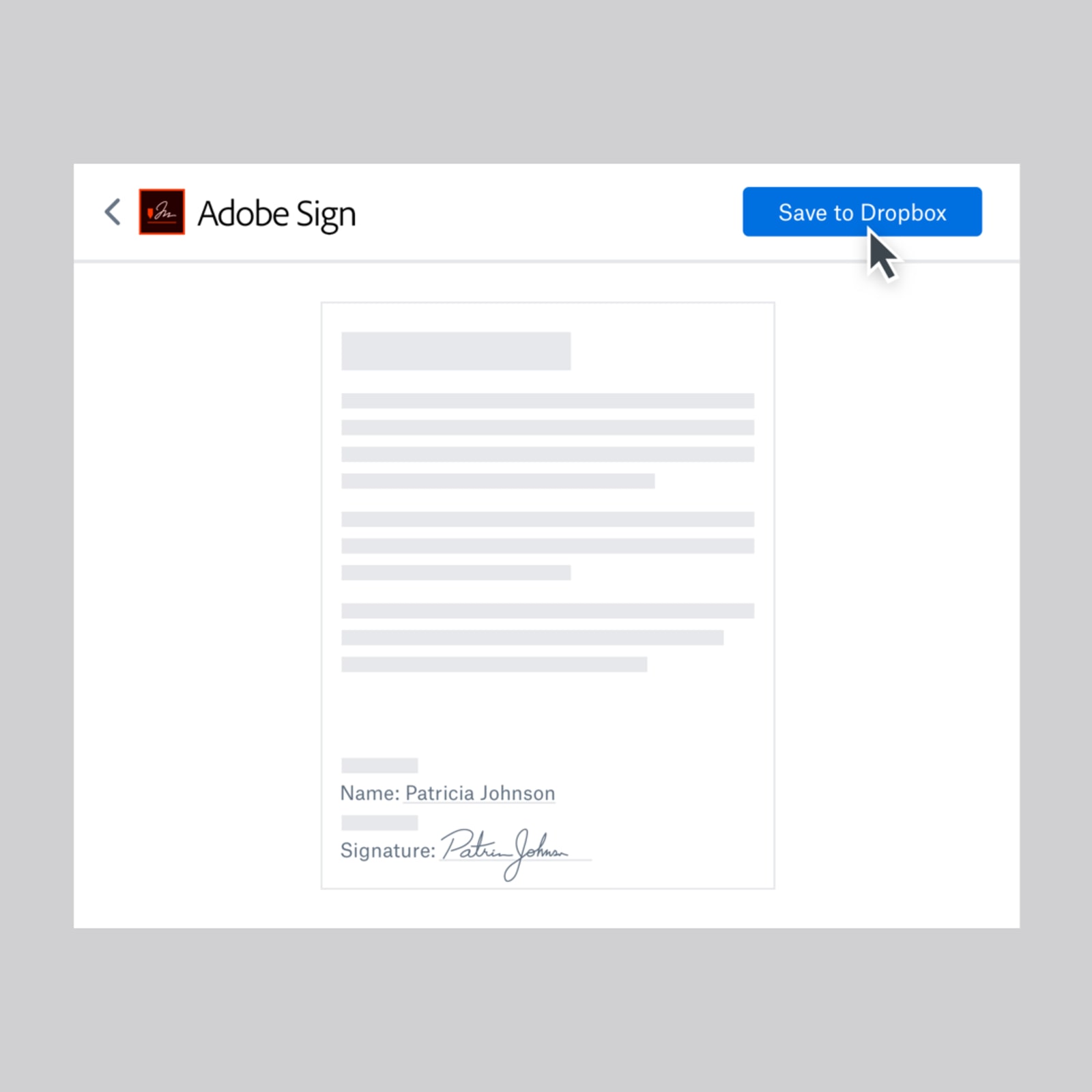 Dropbox is launching with 10 extensions that are part of six workflows -- not a huge selection, but the company says it looked at the features people were requesting most and tried to get most of them covered in this first rollout. And the company also says it plans to expand the extensions offered over time. While Dropbox isn't saying exactly how it'll work, it's not hard to imagine a situation in which developers could proactively build and submit their own extensions that Dropbox could then approve and make available.

Regardless of how it works going forward, extensions support makes a lot of sense as files are increasingly saved and shared over the web. Being able to make changes in a browser rather than downloading, editing and then re-uploading is a smart addition for Dropbox. The company says they'll be available starting on November 27th for both teams and individuals, even those who are using Dropbox for free.