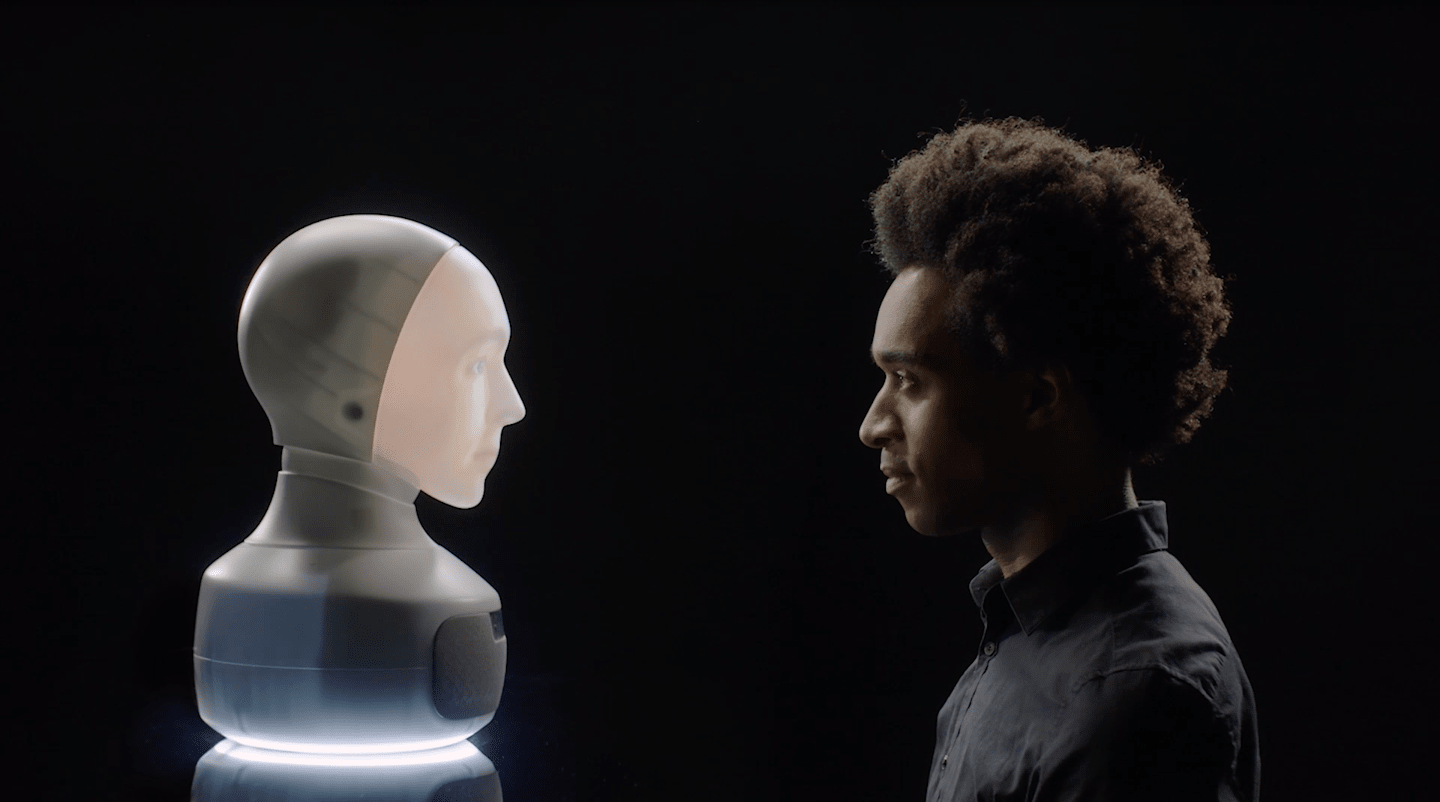 Voice assistants have their benefits, but it can be a bit weird to talk to a faceless robot voice all day. Stockholm-based technology startup Furhat Robotics is putting a face to our interactions with AI with Furhat, a social robot that is capable of displaying humanlike expressions and emotions on a customizable face. The company showed off the latest generation of the social robot today at WebSummit.

If you took your standard smart speaker and slapped a disembodied head on top of it, you'll get Furhat. The robot uses a projection system to display a pretty lifelike looking face onto a head-shaped display. The social robot has been programmed with a wide range of animations that project facial expressions that we'd recognize on any human. According to the company, Furhat speaks, listens, and reacts accordingly -- all while maintaining eye contact. The bot achieves this thanks to a wide-angle, high fidelity camera and beamforming stereo microphones that give it situational awareness.

Furhat's is also entirely customizable. Users can change up the face that is displayed, the types of expressions it uses and the voice that it uses. The company says it's possible to create entirely separate characters complete with their own, unique personalities. It's all in the name of making human-to-robot interactions feel more natural, which is an area AI often struggles. A 2016 survey conducted by Creative Strategies found that 20 percent of people who don't use voice assistants cite feeling uncomfortable talking to AI as one of their biggest hangups.

You probably are never going to see Furhat in your home -- at least in its current form. The creators are positioning the bot as a tool primarily for businesses and organizations. The robotics firm suggests Furhat can be used to interact with customers, train employees or teach a language. Furhat Robotics is already working with companies like Disney, Merck and Honda to find roles for the bot in the workplace. So keep an eye out, your next HR meeting might be run by a robot.

In this article: ai, ArtificialIntelligence, furhat, furhat robotics, gadgetry, gadgets, gear, robots, services, SocialRobot
All products recommended by Engadget are selected by our editorial team, independent of our parent company. Some of our stories include affiliate links. If you buy something through one of these links, we may earn an affiliate commission.