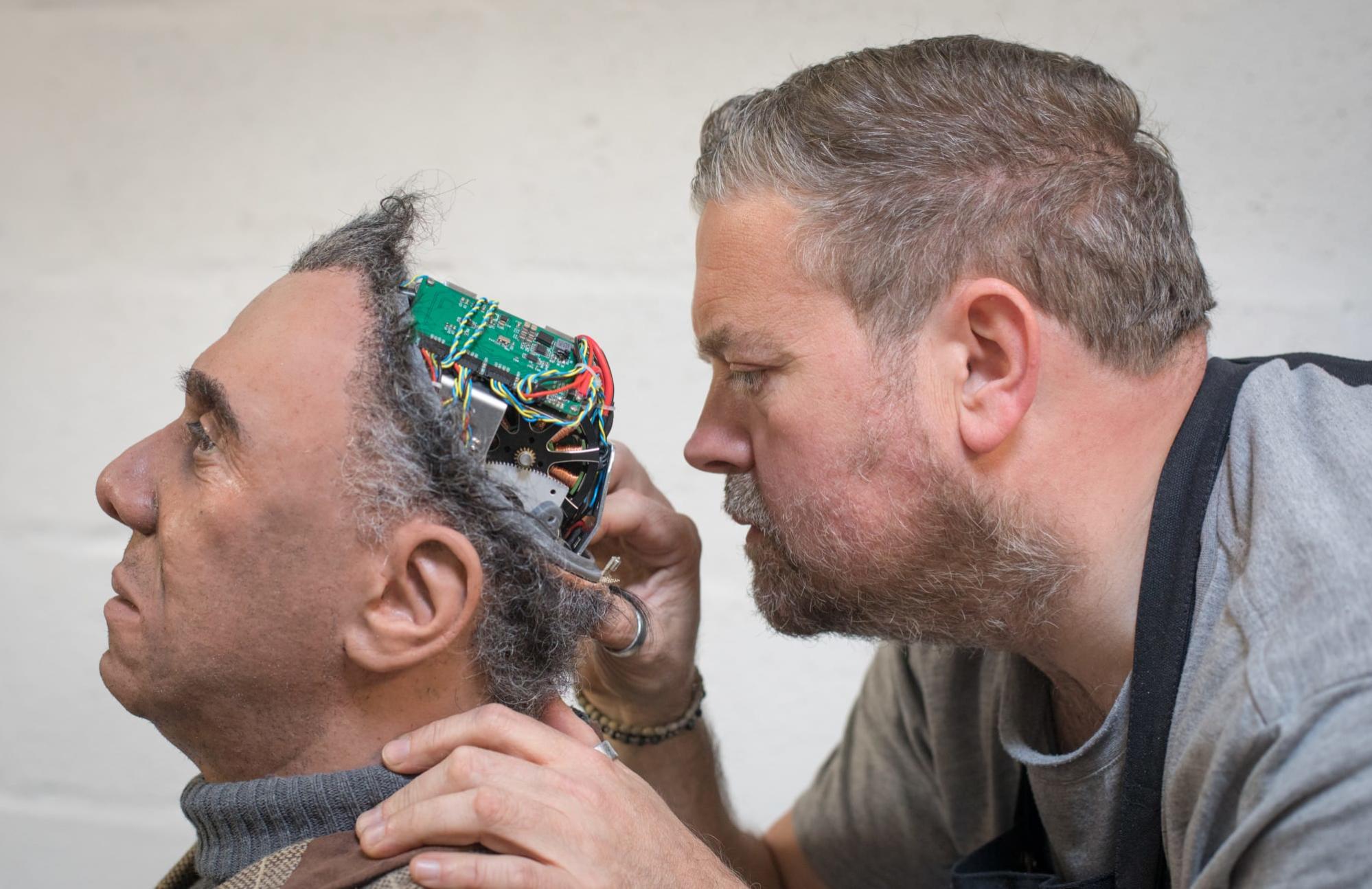 We all love Westworld, but its main premise -- that we'll be able to build robots identical to human in the near future -- still seems impossibly far-fetched. That said, a company called Engineered Arts is definitely exploring the edges of the uncanny valley. It has built a number of life-sized, humanoid robots that look incredibly realistic and move smoothly, quietly and relatively naturally.

The company's robots have been sold for research, education and entertainment purposes. However, it recently unveiled its top-of-the line "Mesmer" series, realistic down to the pores and individual hairs. They're "skinned by the best in the TV and film business," Engineered Arts explained in the (Westworld-like) promotional video, below. (The model above, called "Fred" is being worked on by Engineered Arts' prosthetic expert Mike Humphrey.)

It developed "powerful, silent, high-torque motors" to drive Mesmer's body and head movements, and all the components were designed from scratch so that everything works together perfectly. By contrast, "other companies use a hodgepodge of bits from various vendors that often don't work well together," Engineered Arts claims. Each motor can be controlled independently, and what's more, the main parts (including motors, cameras, depth sensors, LIDAR and microphones) are internet connected devices.

That means that all the robots can be "controlled, monitored, reprogrammed and maintained remotely from anywhere in the world," said Engineered Arts. (Hopefully there's incredibly strong encryption, as they'd be an awfully tempting target for hackers.)

The company also developed browser-based software to control the robots' movements. It works much like the 3D software used to control CG or game characters, allowing for smooth, realistic motion. At the same time, the animation for one character can easily be transferred to another, letting your robots switch loops, if you will.

Finally, and most freakily, the robots can sense your proximity and face in order to maintain eye contact while they chat you up. Mesmer comes with the same telepresense software Engineered Arts has used on its earlier, non-realistic RoboThespian and SociBot models.

So how does it look? The facial animation is not bad, and thanks to the curved mechanical vertebrae, the head movements look pretty decent, too. When he speaks, however, Fred looks like he just had a shot of novocaine in his entire lower face. And the body movements, for the moment, seem limited to stiff gesticulations.

There's no word on the price for the Mesmer series, but the more basic RoboThespian models cost upwards of $79,000. The new bots show that when companies pay attention to facial realism, it's easy to overlook weird facial or body movements and other issues. It's a good start, but looking at the big picture, it's clear that our Westworld fantasies and fears are still a distant dream.

In this article: animatronic, biomechanical, EngineeredArts, entertainment, gear, RoboThespian, robots, TheBigPicture, thenewbigpicture, tomorrow, video, Westworld
All products recommended by Engadget are selected by our editorial team, independent of our parent company. Some of our stories include affiliate links. If you buy something through one of these links, we may earn an affiliate commission.