It will take off on a rocket dropped 40,000 feet over the ocean.

Need something else to watch after all the results come in? Tonight NASA's launching a mission to explore Earth's ionosphere, but this isn't the average rocket launch. The Ionospheric Connection Explorer (ICON) will take off on a Northrop Grumman Pegasus XL rocket -- in use since the 90s, and scheduled for use with the giant Stratolaunch once that's ready to fly -- that's being dropped from a specially designed plane at about 40,000 feet over the open ocean.

Dubbed Stargazer L-1011, the carrier aircraft will take off from Cape Canaveral ahead of a 90-minute launch window that opens at 3 AM ET. As Space.com notes, the launch has been delayed over concerns about the rocket, but all the testing is complete and now it's ready to fly. 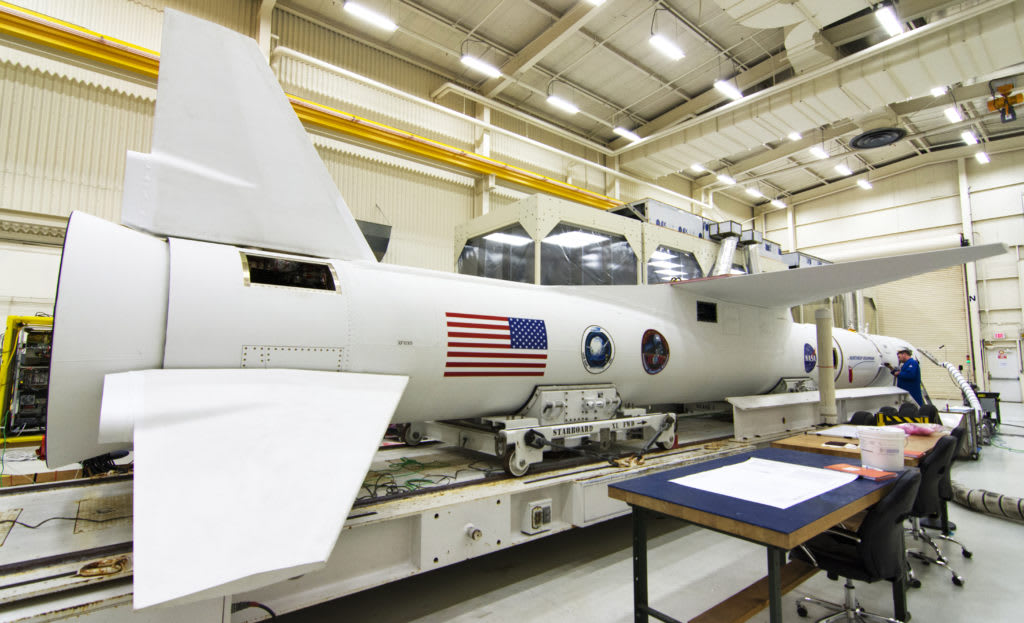 ICON is designed to track "airglow," light that shines from the ionosphere in a process that's similar to an aurora, except it's constant around the globe and much fainter. According to NASA, until now we've learned very little about the gases, solar radiation and magnetic fields in the ionosphere because it's too high for balloons and too low for satellites. Understanding more about it could help us deal with interference that impacts tech and communications.

ICON will carry four instruments on its two-year mission flying 357 miles above the Earth: MIGHTI to measure wind and temperature, EUV to monitor the density of gases, IVM to track the motion of gases and FUV to "determine daytime thermospheric composition and altitude profiles of the nighttime ion density."

The launch will be covered live on NASA TV starting at 2:45 AM ET, which you can watch right here.

Update (3:15am ET): The launch has been delayed again due to an "anomaly," so its carrier vehicle will return to base and they will try to launch again tomorrow night.

Unlike other 🚀 we utilize, there is only a short amount of time between launch of the #PegasusXL and 🛰 separation, approximatly 11.5 minutes for #NASAICON. pic.twitter.com/7VBxJjfAWS

We have encountered an anomaly while ferrying the #PegasusXL for the launch of #NASAICON. The L-1011 is returning to base for investigation. The team is evaluating the next launch attempt.

UPDATE: The launch of our #NASAICON spacecraft aboard a @northropgrumman #PegasusXL Rocket is scrubbed for today. The next launch opportunity will be Thursday, Nov. 8. For more updates, visit: https://t.co/bZs2wAlN7E pic.twitter.com/sYDX5aRvnE

All products recommended by Engadget are selected by our editorial team, independent of our parent company. Some of our stories include affiliate links. If you buy something through one of these links, we may earn an affiliate commission. All prices are correct at the time of publishing.
View All Comments
NASA's ICON launch to the ionosphere delayed (update)