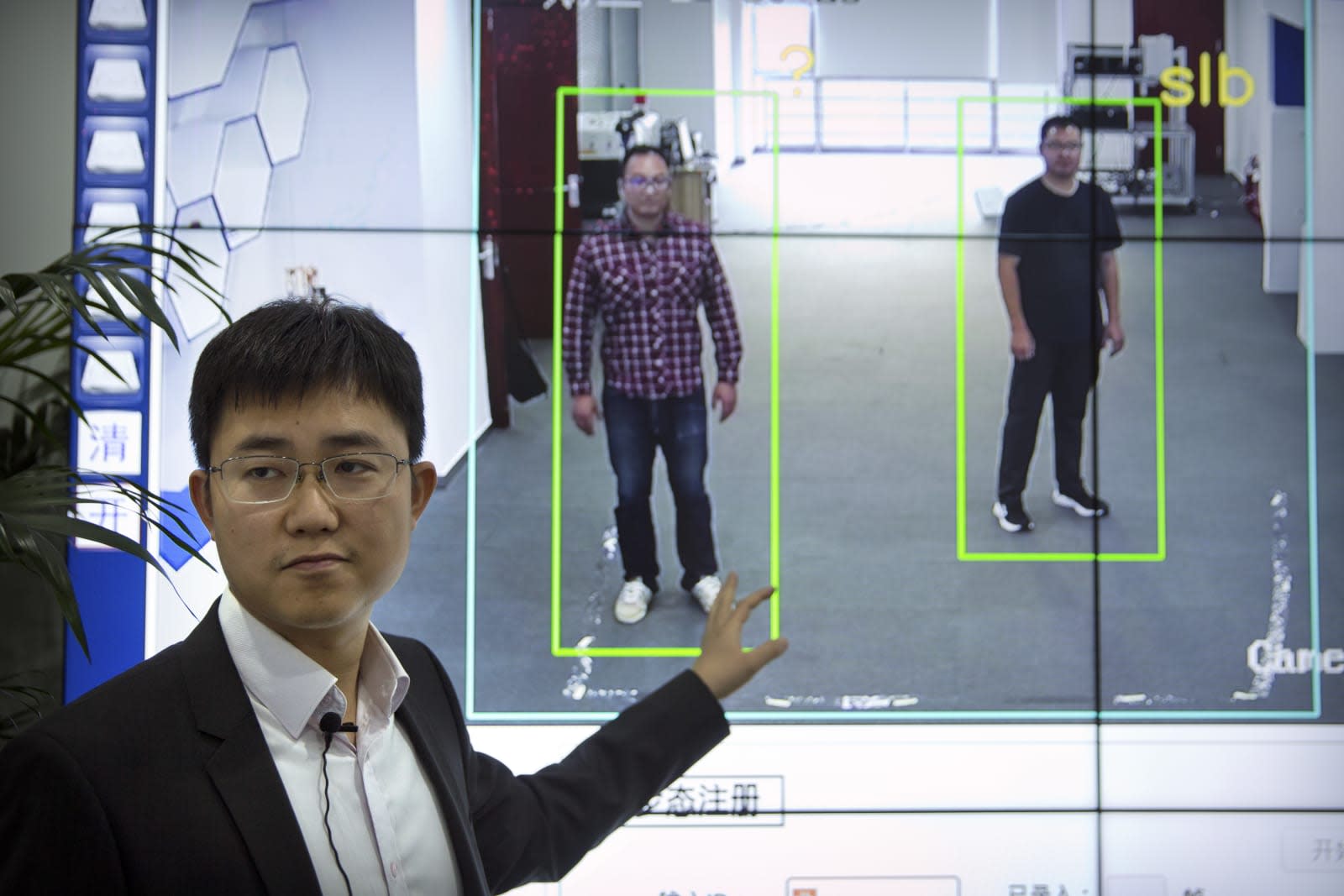 A Chinese surveillance company, Watrix, has developed a new system for "gait recognition" that can identify people up to 165 feet away based on how they walk. This means that if a person is wearing a mask or is at an awkward angle, the software can use existing footage to detect them. CEO of Watrix, Huang Yongzhen, told the Associated Press in an interview that the software can't be fooled by limping or other out-of-the-ordinary stances because it analyzes a person's entire body.

Watrix's gait recognition technology is fed a video clip of the person walking, cuts a silhouette and creates a model of the way a person walks. While Watrix claims its technology has a 94 percent accuracy rate, analysis is not done live and in real-time. And it should be noted that these claims have not been independently verified and the effectiveness of this software is still largely unknown.

Police in Beijing and Shanghai have already started using gait recognition, and is part of a push to develop data-driven AI surveillance around the country. It's especially scary for some groups within China, as security officials in the Muslim-majority western province, Xinjiang, have expressed interest in utilizing the software. This is on top of the already-established facial recognition technology that has been implemented in Xinjiang. People of this far-western region, known as Uighurs, have been detained, tortured and forced to do things against their beliefs in what China calls "vocational education and training." China has rejected UN claims of mass internment -- which it made public in August of this year -- saying that the reports were politically motivated.

Gait recognition itself isn't a new technology, as scientists in Japan, the UK and the U.S. Defense Information Systems Agency have all been researching it. It just hadn't been commercialized, well, until Watrix entered the space. Huang believes that this technology will actually help Chinese citizens, such as when an elderly person falls over. But the virtuousness of gait recognition will be put to the test as it continues to roll out across China.

In this article: camp, china, detain, gaitrecognition, gear, internment, islam, muslim, politics, security, surveillance, torture, Uighurs, watrix
All products recommended by Engadget are selected by our editorial team, independent of our parent company. Some of our stories include affiliate links. If you buy something through one of these links, we may earn an affiliate commission.