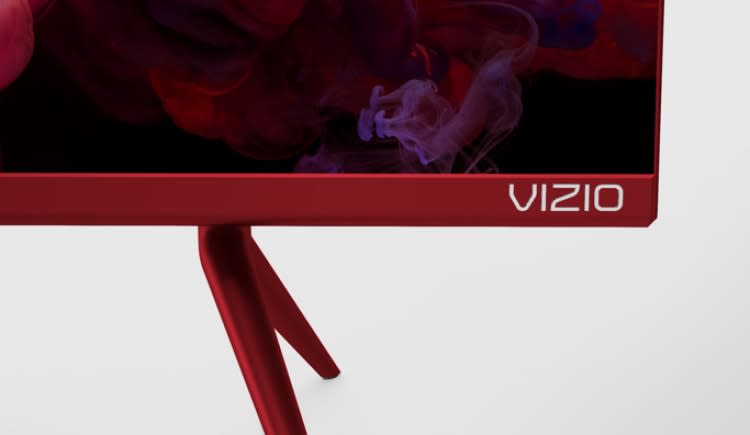 If you've ever found yourself looking at your TV, wishing its gray or black casing was a little more exciting, Vizio might have the answer. Plus, you might help out a good cause, too.

The manufacturer is teaming up with Product RED for a red version of the 55-inch P-Series 4K TV. At least 10 percent of the purchase price of each set will go towards Product RED's campaign to fight HIV and AIDS in Africa. It's not yet clear how much the red edition will cost, but the set typically retails for around $800. Vizio plans to launch it in time for the holiday season.

Having a red TV in your living room might be novel (and a heck of a conversation starter), but it's not the first time Product RED has teamed up with tech companies to help it combat AIDS. It has enjoyed a long partnership with Apple, for instance. Earlier this year, Apple started selling red versions of the iPhone 8 and 8 Plus to benefit the cause. Amazon has also helped the initiative, with a red version of the Echo Plus arriving last year.

In this article: av, gadgetry, gadgets, gear, projectred, pseries, tv, vizio
All products recommended by Engadget are selected by our editorial team, independent of our parent company. Some of our stories include affiliate links. If you buy something through one of these links, we may earn an affiliate commission.