As I made my way into the Metrograph movie theater in New York City, I felt like I was attending a screening for the Tribeca Film Festival. There was a red carpet, people posing for professional photographers, an official film guide and, of course, drinks and popcorn. This isn't quite what I expected when I learned I'd be attending Giphy's first Film Fest. If that name sounds like an oxymoron, the event was a showcase of 118 videos of 18 seconds or less from five different categories: narrative, animated, stop-motion, experimental and wild card. Considering that most of my GIF consumption happens on a laptop or phone, I wasn't expecting this big a to-do.

But that was Giphy's goal for the event: to show that GIFs can also live on the big screen as "micro-films." That's why the company and sponsor Squarespace went all out to make the Film Fest feel like a traditional movie theater, the kind used for premieres at Sundance or Tribeca. Giphy said it had more than 900 submissions, 118 of which were picked as finalists and had the chance to compete for the grand prize, which included $10,000, a Squarespace membership and the chance to curate a Spotify playlist.

The micro-films being screened included something for everyone: Some were funny, others dark and a few made me consider the meaning of life. At least that's how I felt about the eventual winner, "Washed Up," which was shot with a drone and shows an individual lying on a black sand beach with waves lapping at her body. I thought about how, in the grand scheme of things, humans are only a microscopic part of the universe. That's ultimately what I enjoyed about Giphy's Film Fest: Most of the projects were open to interpretation.

My favorite by far was the one where a young lady is so into her phone that she's clearly not aware of her surroundings. With a cup of bubble tea in one hand and her phone in the other, probably glancing at memes on Twitter or Instagram, she's walking up the stairs at the subway station and eventually trips, landing eye first on the straw of her cup. It's hilarious, disgusting and sad, all the same time. And the project has the perfect name too: "☹️."

Giphy's Film Fest is part of a larger push from the company to expand beyond GIFs and create a platform for short-form videos. That platform launched on Friday with a beta site. Unlike the 18-second limit on the projects from its Film Fest, though, videos on there can be up to 30 seconds and they'll support audio, too. "Everything now is just this way of expressing through movement what people have been saying in picture form, and it's just evolving," Tiffany Vazquez, Giphy's film editor, told Engadget. "There are just so many different ways you can express an emotion with a GIF that you couldn't really do with something as general as 'LOL,' or something as general as an emoji."

And that's true, because GIFs are everywhere now. You could even go so far as to have a conversation with someone using just GIFs. Kids these days. 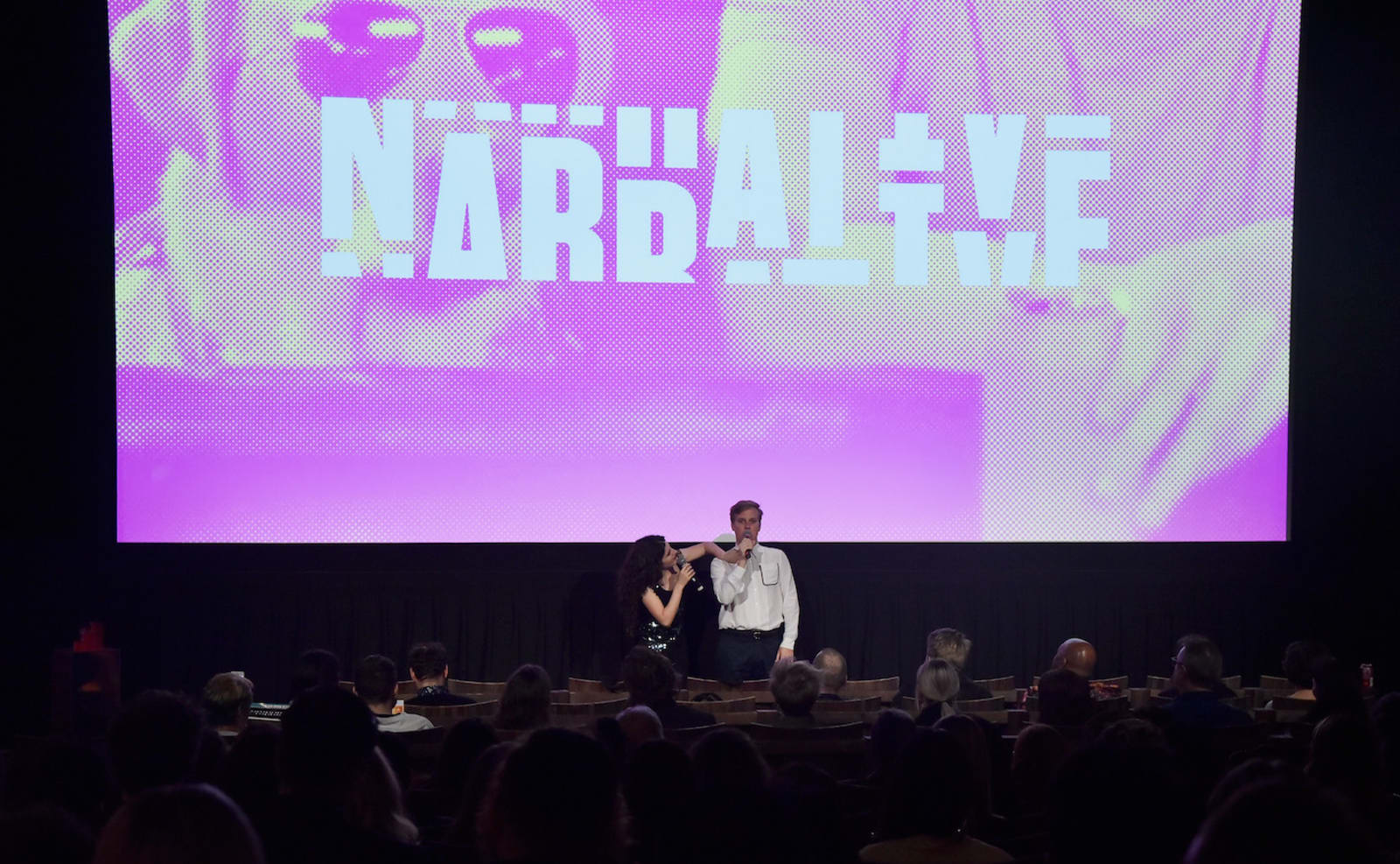 Vazquez said that putting on the Giphy Film Fest was a challenge because her team doesn't have the same resources as Sundance and Tribeca, but that she felt the short-form medium deserved the attention. It's an opportunity for creators to show what they can do under certain time constraints, she said, similar to how Vine paved the way for social media stars like Logan Paul. "We wanted to see compelling work that was original, narrative," she said. "We wanted to see different genres represented, different types of art represented and with this diverse content."

Giphy doesn't have any plans for a second Film Fest right now, but Vazquez said the company is trying to figure out "how this can live on." For now, it's working to flesh out its new short-form video service in the hopes that creators come to Giphy for more than just meme GIFs.