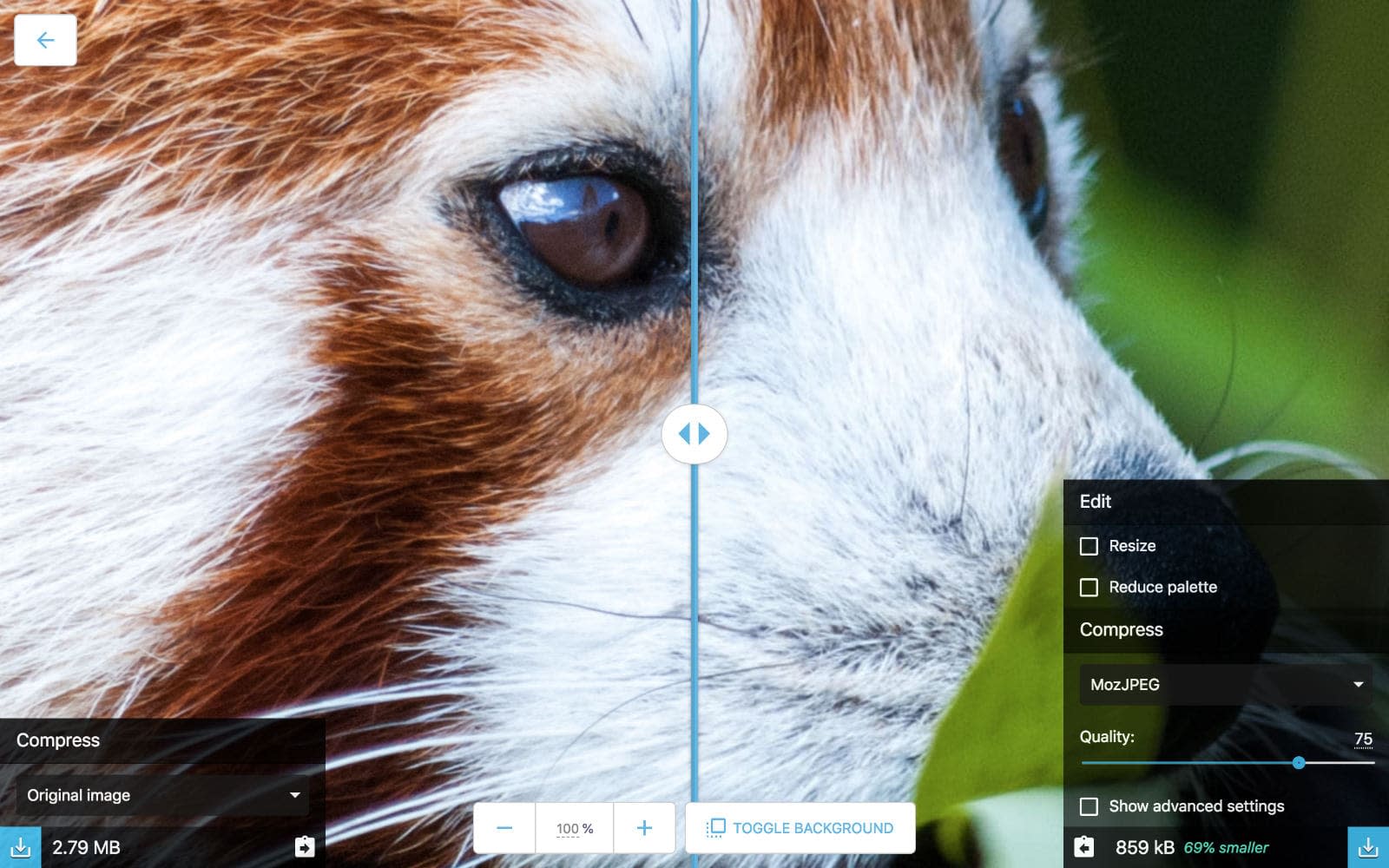 Aside from clamping down on deceptive websites, Google is also looking to make the web faster by taking the fight to cumbersome images. Cue a collective cheer from netizens everywhere. To that end, Google Chrome Labs has designed a new web tool called Squoosh that lets devs compress and reformat pics. The app taps WebAssembly to quickly squash down images using a bunch of codecs and is available on all browsers, though (unsurprisingly) it works best on Chrome.

You can access Squoosh online through its lightweight website and, once loaded, it can also work offline within the browser. The web-based app is relatively straightforward to use: it supports a range of web formats such as JPG, MozJPEG, WebP and PNG. It also shows you a 1:1 visual comparison of the original image and the compressed version, to help illustrate the differences. When you're done editing, just tap download to save the image locally. Squoosh is an open-source tool, so if you're interested in its inner-workings you can peep its code on GitHub.

Googler Jake Archibald told Engadget that the new app has some features that only work on Firefox and Safari. "We expose all the encoders the browser has internally, and Firefox supports encoding to BMP," said the developer advocate at Google. "Safari defers encoding to the OS so it can encode JPEG2000, TIFF, BMP, PDF, GIF. Chrome doesn't have these features."

Still, the irony of Google obsessing over page loading times while ignoring how bloated Chrome is won't be lost on many users. Elsewhere, the big G is also campaigning to turn its fast-loading mobile web pages into a web standard -- in the hopes that they'll expand beyond the handful of current adopters (including itself, Twitter, Bing and Baidu) and bring the entirety of the web into its aegis. Eradicating notoriously bulky images is part and parcel of that masterplan.

In this article: chrome, gear, google, GoogleChrome, internet, squoosh
All products recommended by Engadget are selected by our editorial team, independent of our parent company. Some of our stories include affiliate links. If you buy something through one of these links, we may earn an affiliate commission.