Everybody wants a piece of that green cheese.

The space race is heating up again in ways we haven't seen since the end of the Cold War. We haven't been to the moon since 1972 but a number of private companies and national agencies have begun looking to our nearest celestial neighbor with renewed interest, not only as a site of scientific study but also as a fuel resource and potential staging area for trips further out into the solar system.

Last December, Trump signed Space Policy Directive-1, which directs NASA "to lead an innovative and sustainable program of exploration with commercial and international partners to enable human expansion across the solar system and to bring back to Earth new knowledge and opportunities."

Essentially, the move will help NASA better organize exploratory efforts with its international partners and private spaceflight companies."I don't even like to use the word return -- to go forward to the moon, sustainably," NASA administrator Jim Bridenstine told a Senate subcommittee hearing in September. "What we're doing now is entirely different than what we did back [during the Apollo era]."

To that end, NASA has since submitted to Congress a plan to establish the necessary infrastructure to not just get us back to the moon but to return there regularly. Dubbed the "Exploration Campaign", this plan focuses on three core areas: low-Earth orbit (LEO), the crewed missions to the moon for long-term habitation and study, and robotic missions to Mars and beyond. 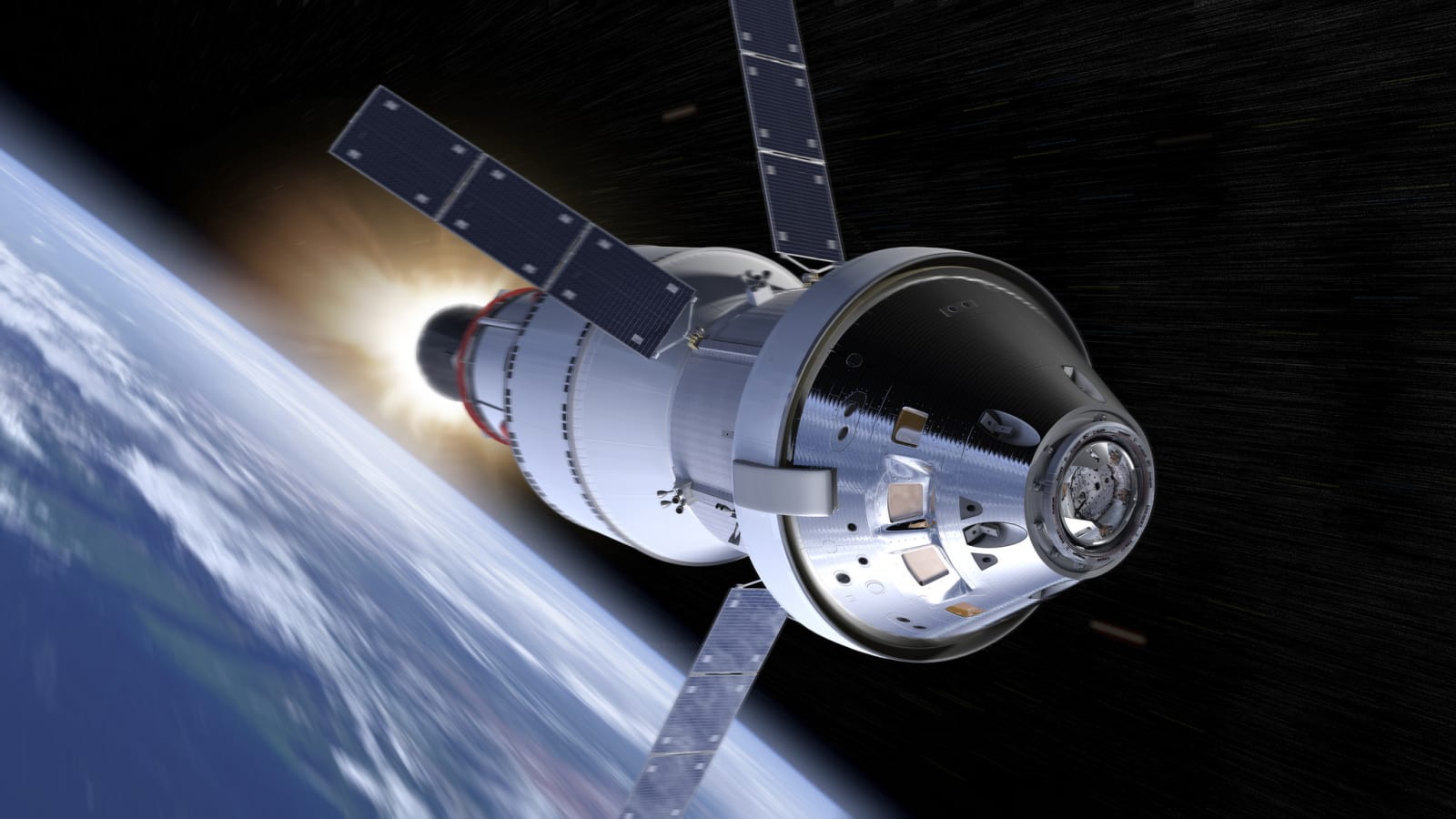 "EM-1 will take Orion and the Space Launch system into a high lunar orbit and that's actually the orbit that NASA has identified to do the asteroid retrieval mission that will bring a large boulder into that orbit" Lockheed Martin's Orion program manager Mike Hawes told the Observer in 2016. "This will essentially be a dress rehearsal for that mission. To go and prove Orion systems and come home."

The LEO phase looks to shutter the ISS by 2025 while simultaneously increasing "the breadth and depth of commercial and international LEO activities." As for its lunar aspirations, NASA hopes to send the first uncrewed SLS flight around the moon on a three-week mission by 2020, followed by establishing the Gateway, an orbital moon base that will serve as a transition point for researchers to and from the lunar surface (aboard Lockheed Martin-designed landers) as well as a jumping off point for missions to Mars. At the same time, NASA plans to send a rover to Mars by 2020 on a sample return mission, which will hopefully pave the way for more robotic missions to the red planet in an effort to search for evidence of life and help scout the way for crewed missions in the future.

The Gateway is going to be wild. It will consist of at least "a power and propulsion element [with] habitation, logistics and airlock capabilities," per NASA. The power and propulsion bits will be launched first, around 2022, via an SLS rocket. These will not only allow the Gateway to adjust its lunar orbit, but they'll also serve as communications platforms for space-to-Earth and space-to-moon messages. The habitation elements are expected to be delivered in 2024 and should allow astronauts accommodations for up to 60 days. 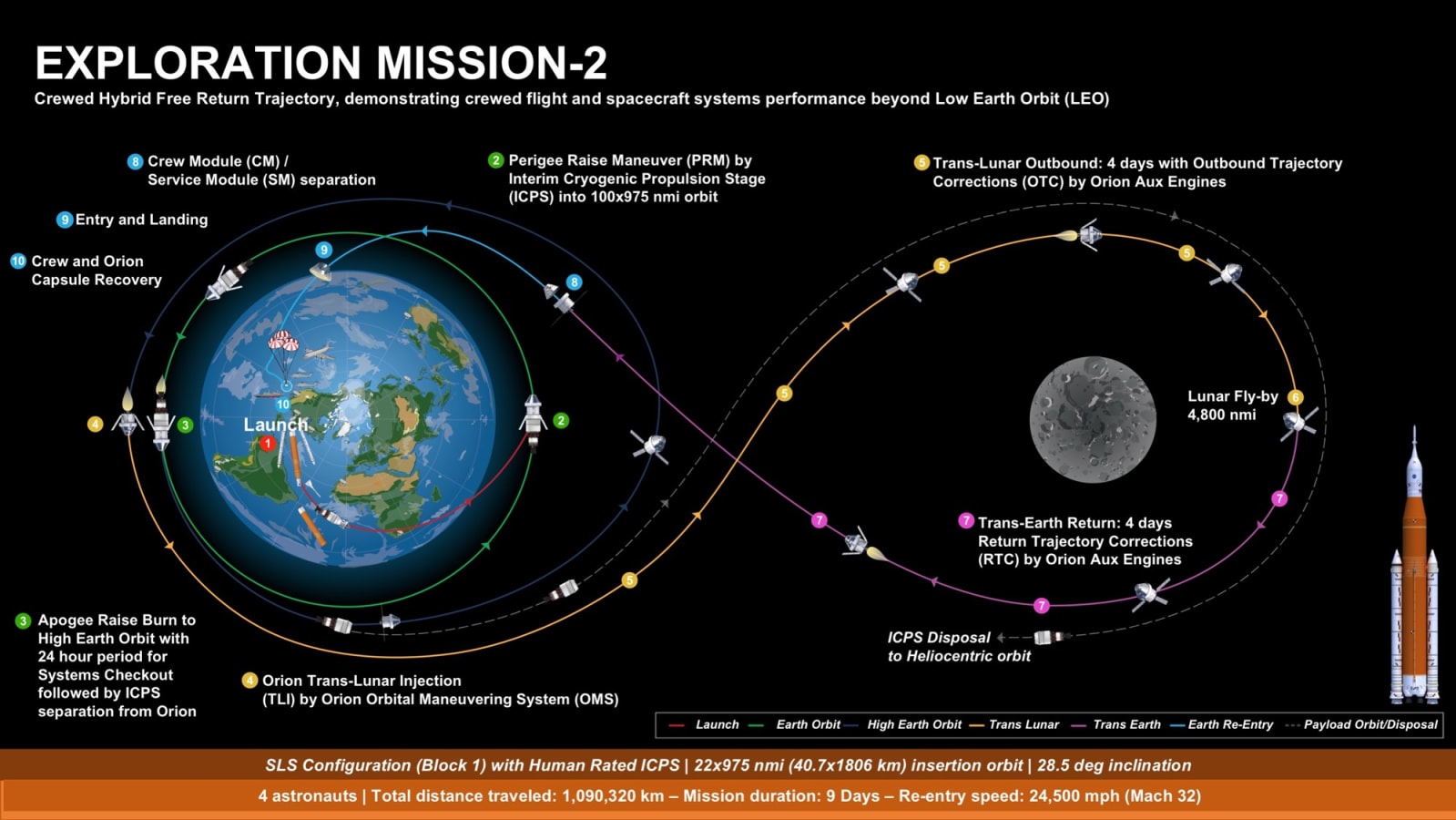 "The Gateway will give us a strategic presence in cislunar space. It will drive our activity with commercial and international partners and help us explore the Moon and its resources," William Gerstenmaier, associate administrator of NASA's Human Exploration and Operations Mission Directorate, said in a press statement. "We will ultimately translate that experience toward human missions to Mars."

But the US will not be heading to the moon alone. China is not messing around when it comes to lunar surveys. The nation's "Chang'e" mission series will seek to return samples from the Moon via robotic rovers and orbiters. Chang'e 5 is slated to launch in 2019 and return with 2 kilos of pure, uncut moon rock. Chang'e 6 is still under development but is expected to take off between 2020 and 2024 for a similar sample return mission.

Japan has announced similar plans to deploy a pair of robotic rovers to the moon in 2020 and 2021. Unlike the US, Russia or China, all of whom put their assets into orbit using house-made rockets, a Japanese company, ispace, has opted to outsource its liftoff to SpaceX and its team of Falcon 9s. The plan is to load an encapsulated HAKUTO rover (which was a finalist in Google's recent X Prize competition) into SpaceX's launch vehicle, lift them into high-Earth orbit, and then release the payloads so that they may slingshot the rest of the way to the Moon using inertial force.

Israel has equally ambitious plans in the works as well. As part of the LDEP (Lunar Discovery and Exploration Program), NASA and Israel-based space launch company SpaceIL will partner to deliver a lunar rover to the moon's surface in 2019.

This mission will hinge on the rover's ability to kick up as much moon dust as possible as it sets down. Doing so will enable NASA's Lunar Reconnaissance Orbiter to scan the plume for signs of mercury and hydrogen, which could eventually be used as rocket fuel precursors. The SpaceIL lander will also be outfitted with laser retroreflectors -- mirror arrays that can be used to hyper-accurately measure distance. There's no plan to use the arrays just yet but they could form the base for a larger navigational array sometime in the future.

But the European Space Agency plans to top all of these missions -- they're moving in. The project, announced this August, involves using the moon's abundant supply of basaltic dust as a building substrate. Specifically, concrete.

"Moon bricks will be made of dust," ESA science advisor Aidan Cowley wrote in a recent press release. "You can create solid blocks out of it to build roads and launch pads, or habitats that protect your astronauts from the harsh lunar environment." Not only that, this moon dust might also hold the key to significantly extending our stay, once we get there.

"One of the great things about the lunar soil is that 40 percent of it is made up of oxygen," Cowley added. If we can figure out a way to efficiently break the chemical bonds binding the oxygen, we'd be able to exploit dust deposits not just for breathable gasses but also as a rocket fuel component. Private enterprise has jumped into this renewed race to the moon as well.

Obviously, you've got the major players like SpaceX, which plans to send its first set of space tourists around the dark side of the moon early in the next decade; Blue Origin, which recently announced reservations for its suborbital spaceflight tours and hopes to make lunar supply runs by 2023; and Virgin Galactic, which, after a tragic flight failure earlier this year, is set to restart powered flight tests on its SpaceshipTwo.

A number of smaller startups are also working their way to la luna. Pittsburgh-based Astrobotic is developing a lunar lander, dubbed Peregrine, which should be able to carry 584 pounds of payload to the moon's surface at a rate of $545,000 per pound. The company expects to make its first trip sometime in mid-2020. "It's a pretty pivotal moment, we think, for the moon, and the country, and the world," Dan Hendrickson, vice president of business development for Astrobotic, told Space in January.

With interest in lunar real estate on the upswing, things are likely going to get pretty crowded up there, which in turn could lead to international conflicts over both territory and finite resources. Unfortunately, the 1979 Agreement Governing the Activities of States on the Moon and Other Celestial Bodies (aka the Moon Treaty) won't be of much use seeing as how none of the major players (like the US, China, or Russia) actually signed on to it. But then again, there's always the Space Force.