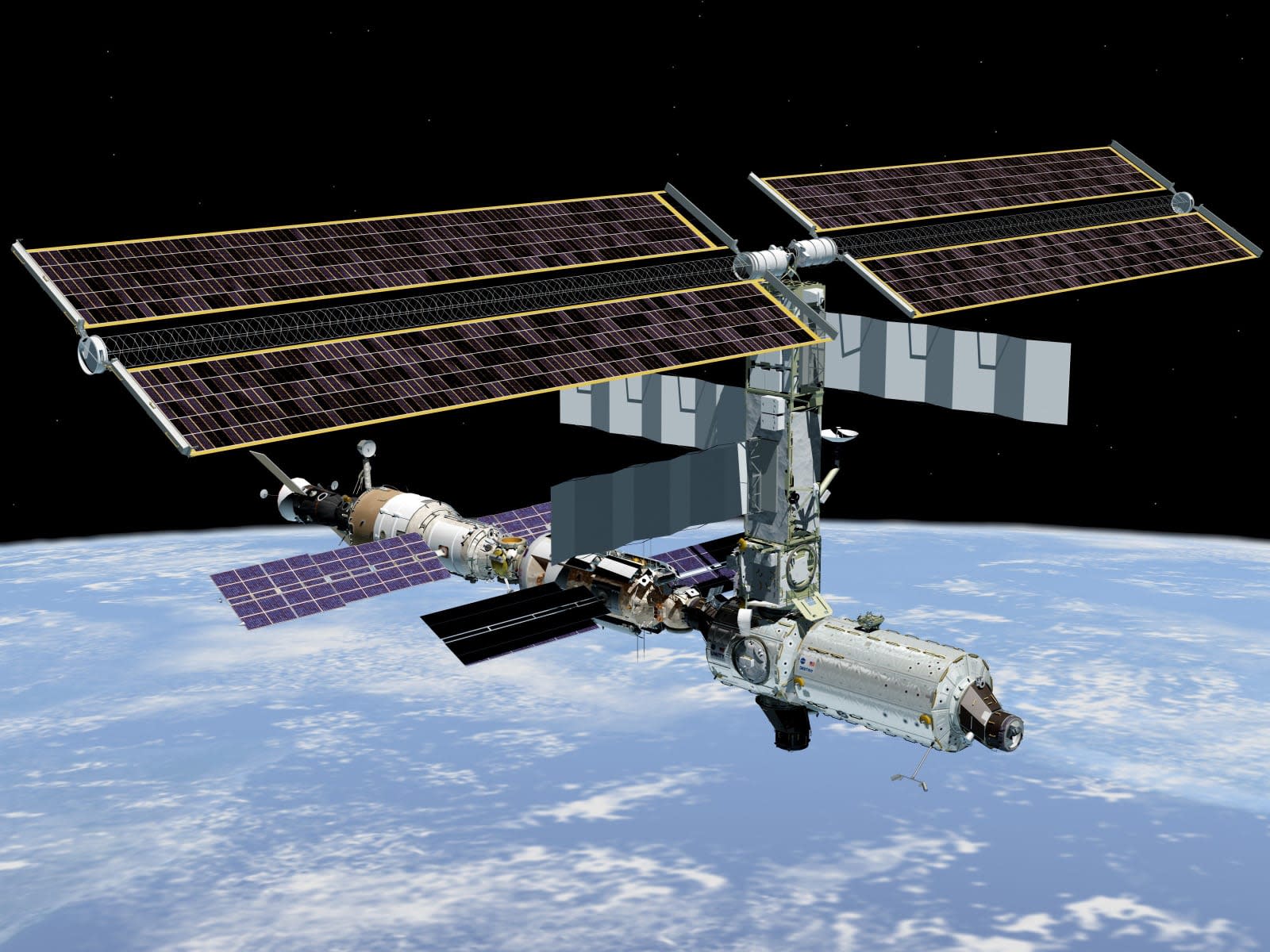 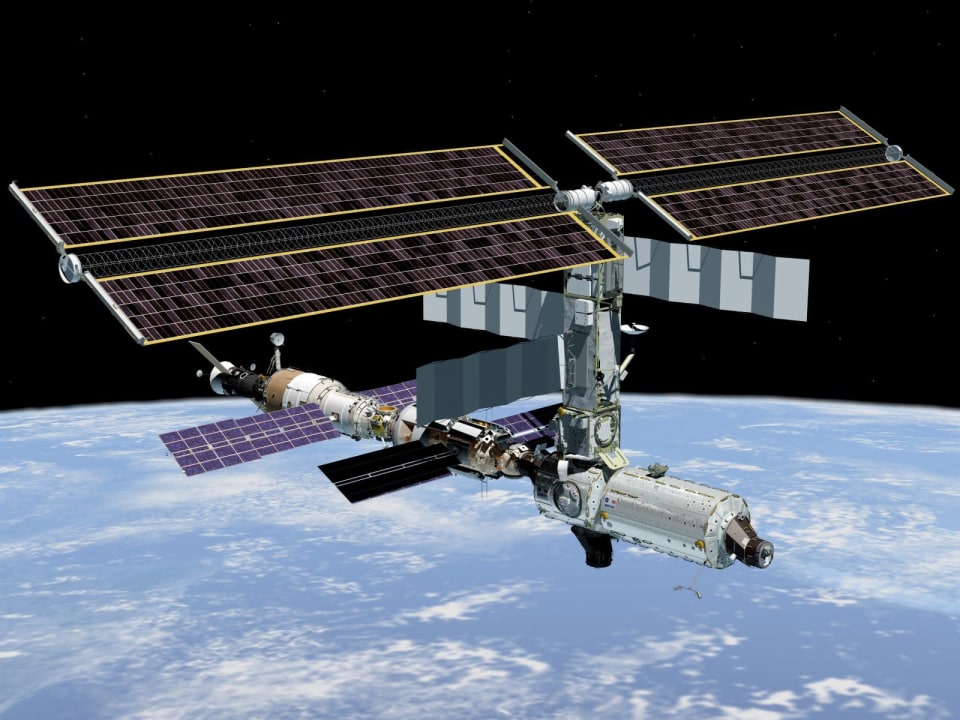 On the other hand, not only does the administration want to cut funding for the Wide-Field Infrared Survey Telescope (WFIRST), which would hunt for exoplanets and dark matter, it also wants to defund the International Space Station after 2024, when the US's commitment to the multinational project expires. Instead, Trump's team hopes that a consortium of private businesses will take over running the station come 2025. The problem is, nobody really knows how (or even if) that would work.

But don't worry just yet, according to NASA documents obtained by The Washington Post, it's not as if the ISS is going to come crashing out of the sky unannounced in the middle of the next decade. "The decision to end direct federal support for the ISS in 2025 does not imply that the platform itself will be deorbited at that time — it is possible that industry could continue to operate certain elements or capabilities of the ISS as part of a future commercial platform," the document states. "NASA will expand international and commercial partnerships over the next seven years in order to ensure continued human access to and presence in low Earth orbit."

Congress has long grappled with what to do with the aging station, which is coming up on 18 years of service. While President Obama extended federal funding to the ISS by a decade in 2014, the debate over what to do with it after that remains a sticking point. During a House Subcommittee on Space meeting in 2017, advocates argued that the station should be privatized in order to keep it operational past 2024.

"The ISS has really been an amazing platform," Dr. Ellen Stofan, NASA's chief scientist from 2013 to 2016, told Engadget. "What we've achieved as an international community with the ISS, I think is amazing on many fronts -- obviously as an international tool of showing how countries can get along in space when they can't get along necessarily on the ground."

"We've done a lot to show that microgravity is a really interesting environment that has a lot of potential that we just fully don't understand," she continued. "To give you one example, some bacteria become more virulent in space. Some become less virulent. There are basically genes switching on and off in response to microgravity, in ways that you can certainly argue we really haven't had enough time to fully investigate."

In fact, NASA has made intriguing advancements in a variety of fields, from the effects of microgravity on combustion to the growth of protein crystals, which is of great interest to the pharmaceutical industry, and especially what microgravity does to the human body, critical information we'll need to know if we're ever going to successfully send people on an eight-month trip to Mars.

"We've learned an awful lot, and we've been putting that to use in terms of saying how do you plan to get humans out further into deep space," Stofan said. "The ISS has been the ideal test platform for that."

However, this scientific progress comes at a cost. Keeping the station running requires an annual investment of $3 billion to $4 billion and totals more than $87 billion since its inception in 1993. What's more, the US has already spent an additional $136 million on a 10-year contract with the Center for the Advancement of Science in Space (CASIS) to manage non-NASA research aboard the station.

In July of last year, NASA extended that contract to 2024 at a further cost of $60 million. However, earlier this year, NASA's Office of Inspector General released audit findings stating that CASIS was severely underperforming despite the fact that, "much of the ISS's future success as a research platform for nongovernment entities hinged on CASIS's ability to attract sufficient funding from private users."

Instead, Stofan believes the more prudent course of action is to take the ISS budget and apply it toward getting people progressively farther from Earth; first to the moon and then to Mars. "In the fiscally constrained budget environment we're in, NASA can't expect another $3 to $5 billion that it's gonna take to get humans beyond low Earth orbit," she explained. "So you have to say, unless we wanna stay in low Earth orbit forever, we're gonna have to take that wedge of money and apply it [to deep space research]."

We'd be buying probably Russian rides to the Chinese space station, which just sounds like a geopolitical disaster.

"NASA's part of the discretionary part of the federal budget," she continued. "There's not another $3 to $5 billion that's coming to us; the federal government just doesn't have that kind of money."

That said, not everybody is onboard with the idea. "I don't think it's an either/or proposition, but what I do think is important to realize that we cannot explore deeper space without having a presence in the Earth's orbit," Michael Lopez-Alegria, former NASA astronaut and commander of the ISS, told Engadget. "If we give up the idea that prematurely we're going to lose our presence."

"It's premature to say we're going to get rid of the ISS on a certain date," he said. Instead, the switchover should occur "whenever we are comfortable that the successor to the ISS is viable such that we can continue to have access to low Earth orbit."

Lopez-Alegria isn't the only one with reservations about this plan. Sen. Bill Nelson (D-Florida) is a vocal opponent of the plan. He worries that ending federal funding for the ISS would be catastrophic for the domestic commercial aerospace industry, much of which is located in his state.

If the administration plans to abruptly pull us out of the International Space Station in 2025, they're going to have a fight on their hands. This would likely decimate FL's commercial space industry and hinder our ability to experiment in low-Earth orbit. https://t.co/MdBVwCYHVR

But Nelson isn't just howling at the moon here. As a member of the Senate Commerce Committee, he helps oversee both NASA-related legislation and the confirmation of officials to the agency. Nelson has already dug his heels in against the Trump administration's recommendation of Rep. Jim Bridenstine (R-OK) as the new NASA administrator, whom Nelson believes is unqualified to hold the position.

There's also the issue that no ISS is an island. The station is not sovereign American territory but rather a 15-nation collaboration. As such, "I think this has to be a conversation," with our international partners Stofan said. "They're interested in going to the moon and going to Mars. And everybody is dealing with tight budgets. All of the partners of the ISS need to come together and have a joint conversation" to make some hard decisions about the fate of the station moving forward.

The US also stands to lose face among the international community, should it pull the plug on the ISS too soon. China has already announced plans to set up its own six-person space station in LEO by 2023. Giving up the ISS and relying on the Chinese to house international astronauts -- much like how the US relied on Russian rockets to ferry crew members to the ISS after ending the Shuttle program -- does not sit well with Lopez-Alegria.

"At the risk of sounding kind of nationalistic, I think that's a terrible idea," he said. "I hate to say it but we'd sort of be abdicating our leadership role [in space exploration]. If we eliminated the ISS partnership, that would put a serious dent in that reputation." Not unlike America's abdication of its leadership role in climate change after withdrawing from the Paris Accords. And we all saw how well that turned out.

Lopez-Alegria points out that NASA has already spent a large amount of money on developing crewed access to the ISS as part of its Commercial Crew Program, which hasn't even gotten off the ground yet. "If ISS went away, if there were no US commercial successor, we'd be buying probably Russian rides to the Chinese space station, which just sounds like a geopolitical disaster."

Of course, this could simply be another example of Trump's bluster and saber-rattling. "I'm not reacting too negatively to this news in the president's budget request because it doesn't take place for a long time, and who knows what's going to happen between now and then?" Lopez-Alegria concluded. "But I do think it is a shot across the bow, so to speak, to both industry and NASA to start working harder on that transition." Lucky for America's space ambitions, there's at least one (probably two) administration changes between now and 2024. We'll have to wait and see how the situation shakes out.

In this article: CASIS, congress, InternationalSpaceStation, ISS, NASA, space, tomorrow, trump
All products recommended by Engadget are selected by our editorial team, independent of our parent company. Some of our stories include affiliate links. If you buy something through one of these links, we may earn an affiliate commission.