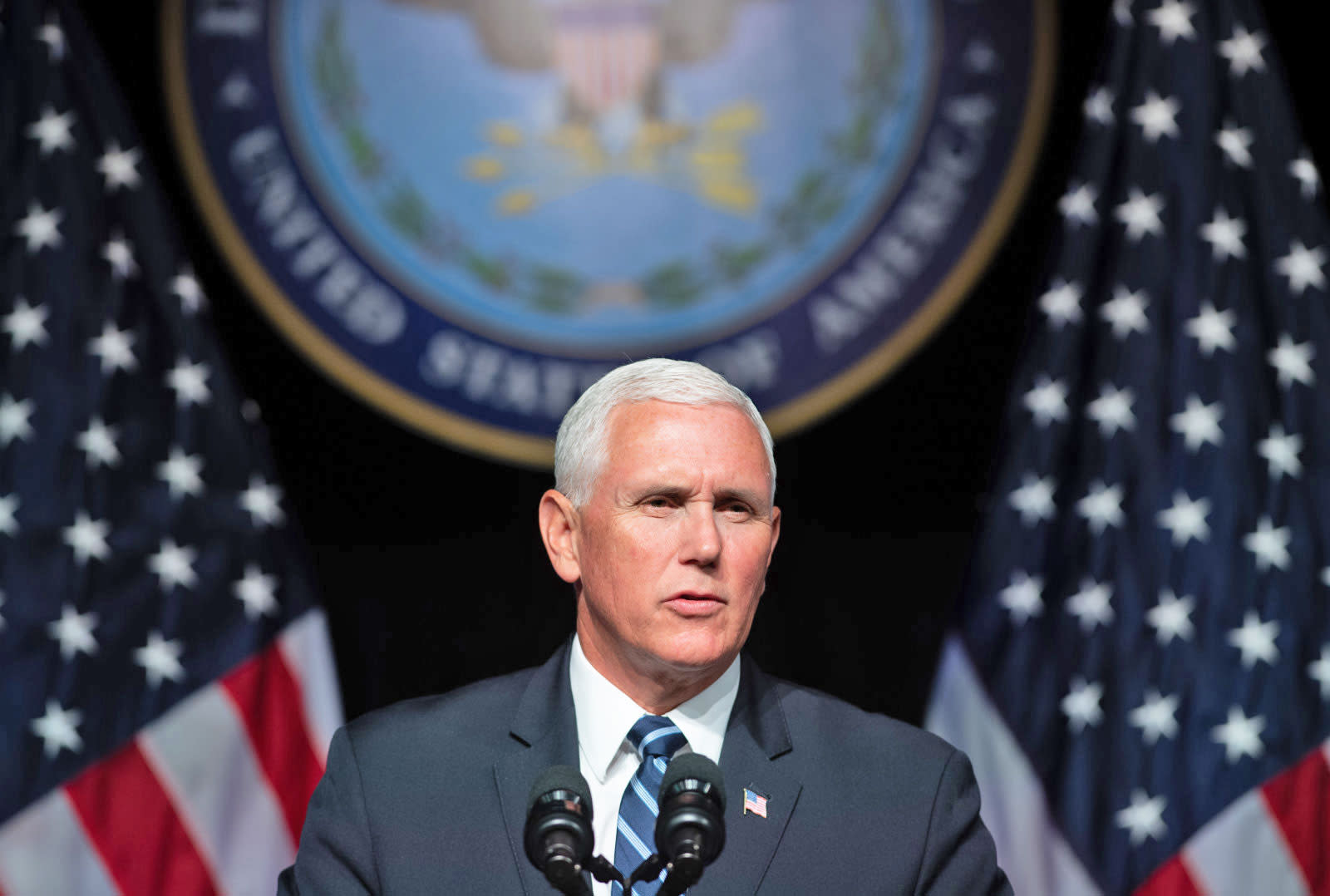 Vice President Mike Pence has detailed a plan to establish Space Force as a new military branch. In a Pentagon speech, he laid out proposals to form a US Space Command (as was previously reported) that would focus on defending space. White House officials aim to establish Space Command by the end of the year and have a four-star general in place to lead it.

"Just as we've done in ages past, the United States meet the emerging threats on this new battlefield," Pence said, according to the Washington Post. "The time has come to establish the United States Space Force."

Under the plan, the Pentagon will recruit a civilian Assistant Secretary of Defense for Space, and set up an office to develop tech and buy satellites to help the US in space combat. If Congress gives the green light to Space Force, the sixth branch of the military could officially be formed as early as 2020.

President Donald Trump ordered the creation of Space Force in June, turning his admitted joke idea into a reality. Some members of Congress last year floated the idea of forming a Space Corps inside the Air Force, which didn't go anywhere after some military officials opposed the move. Space Force is a more expansive project -- eventually, there could be a new member of the Joint Chiefs of Staff representing the new military branch.

In this article: congress, donaldtrump, government, mikepence, military, pentagon, politics, space, spaceforce, tomorrow
All products recommended by Engadget are selected by our editorial team, independent of our parent company. Some of our stories include affiliate links. If you buy something through one of these links, we may earn an affiliate commission.