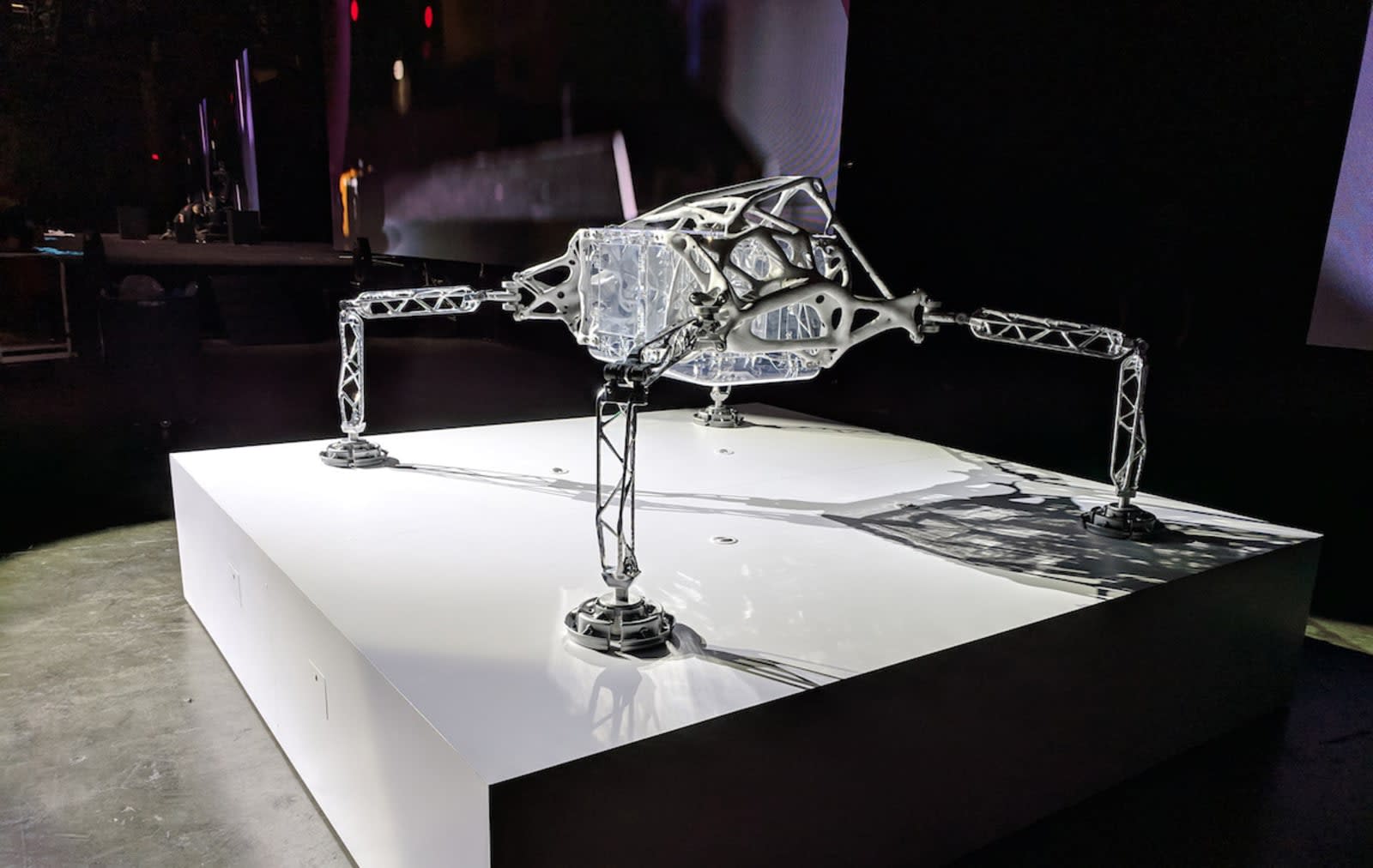 Autodesk, the software company behind AutoCAD, has teamed up with NASA's Jet Propulsion Laboratory (JPL) to look at news ways to create an interplanetary lander that could potentially touch down on the moons of Saturn or Jupiter. When Mark Davis, the senior director of industry research at Autodesk, first approached JPL about the collaboration, NASA wasn't too interested. But when Autodesk showed that it was possible to achieve a 30 percent or more performance improvement by way of new designs and materials, Davis' team had JPL's attention.

Because of the high costs and risks of space travel, NASA engineers tend to stick with what works. That means using tried and tested materials like titanium and aluminum. But traditional designs and materials are often heavy -- and in a field where every gram matters, shedding a bit of weight means adding more sensors and instruments. To push lander designs in new directions, Autodesk is turning to its machine learning technology to iterate faster than it might otherwise be able to.

Autodesk calls this new process "generative design," or design that uses machine intelligence and cloud computing that creates a broad set of solutions based on limitations set by engineers. Autodesk has used this system, available on its Fusion 360 software, in Formula1 racing. Generative design, according to Autodesk, allows engineers to turn around design solutions in as little as two-to-four weeks, much faster than the standard two-to-four months. Either way, Autodesk is hoping its design technology will help JPL put a lander on the moons of Jupiter or Saturn, paving the way for human settlements. (Whether this happens in our lifetime is another question altogether.)

That's not to say that this would be the first time humans have explored Jupiter or Saturn. In October of 1997, NASA, along with the European Space Agency (ESA) and the Italian Space Agency (ASI), launched the Cassini-Huygens probe to study Saturn. It took the probe six years and 261 days to reach the ringed planet, but the photos it sent back were remarkable. It was on September 15th, 2017 that NASA last had contact with Cassini. And currently, the Juno probe is orbiting Jupiter, and has given us insight as to what's going on inside the gas giant. To reach moons of Saturn and Jupiter, around 365-million and 746-million miles away depending on orbit respectively, will always prove to be challenging, but any headway that NASA can make would be welcome if it means the potential for human settlement out in our solar system.

In this article: autodesk, gadgetry, gadgets, gear, JetPropulsionLaboratory, jpl, jupiter, nasa, saturn, space, tomorrow
All products recommended by Engadget are selected by our editorial team, independent of our parent company. Some of our stories include affiliate links. If you buy something through one of these links, we may earn an affiliate commission.