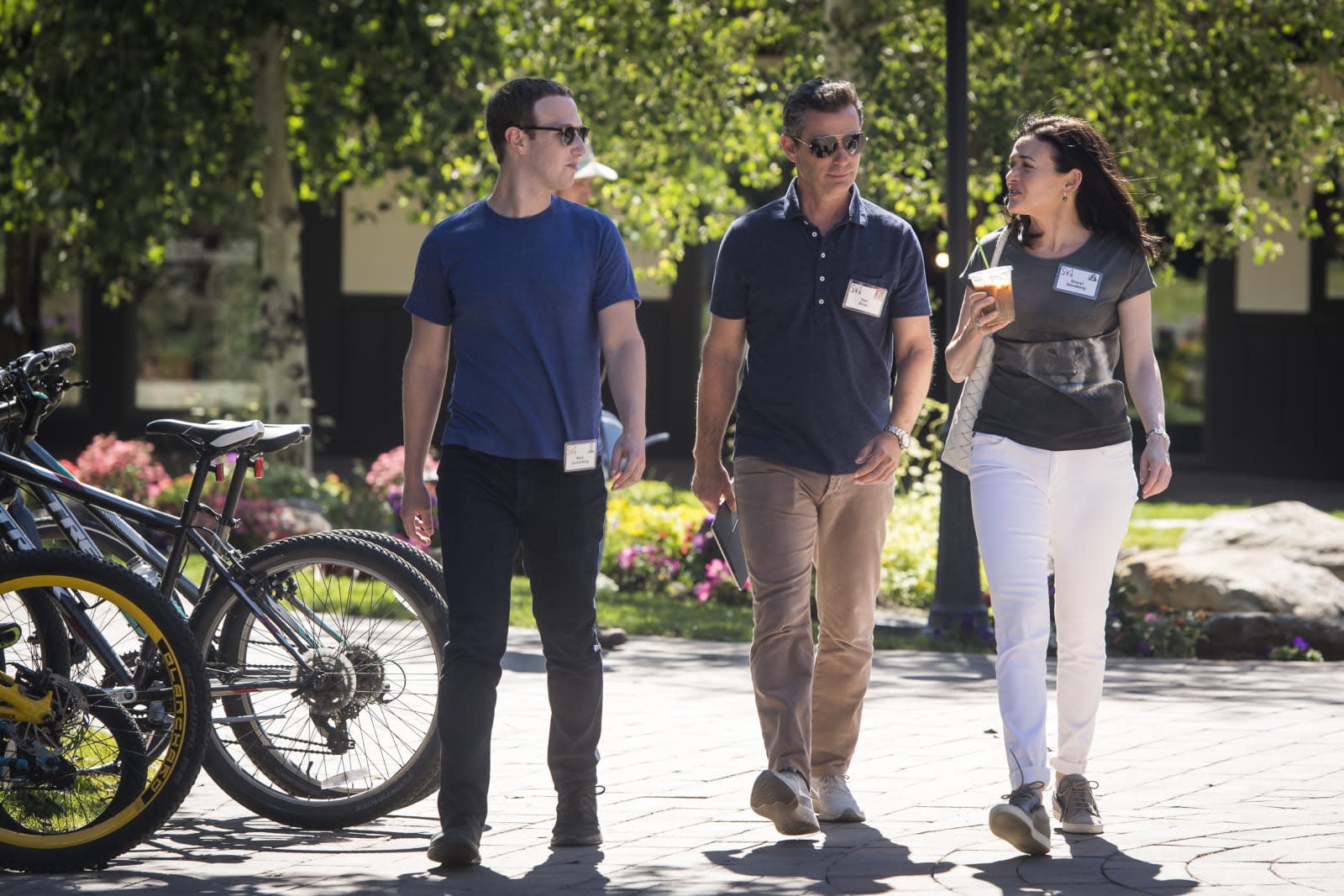 It's no secret that the last couple of years have seen Facebook's reputation take a series of hits -- whether due to data breaches, alleged bias, rumors of intrusive spying or confusing policies -- but a New York Times report tonight exposes more about how the company reacted. Arriving on the heels of a Wall Street Journal article describing declining employee morale, it doesn't reflect well on Facebook's efforts and raises even more questions about an operation already facing calls for increased regulation.

In addition to peering into previously identified problem areas like Facebook's slow response to the spread of misinformation or questionable applications of policies meant to be unbiased, it specifically calls out a strategy where the company tried to distract from criticism. Since late last year, it expanded work with a consultant, Definers Public Affairs, that the Times said used political campaign tactics in public relations. This includes everything from Facebook's public support for FOSTA to articles written on a conservative news site attacking Google and Apple.

While Facebook execs went on an apology tour earlier this year, Apple CEO Tim Cook focused on his company's reticence to collect and sell data from its customers -- a point the report mentions in contrast to Mark Zuckerberg apparently telling his management team to use only Android because of its larger user base. It's unclear if any actually switched.

Other details range from the bizarre -- apparently Facebook needed pollsters to determine that Zuck's testimony on Capitol Hill came off as robotic -- to deeply unsettling. George Soros has been a target of anti-Semitic attacks for many years, and even though Facebook worked with one group to describe some of the criticism it received as anti-Semitic, the Definers agency pushed material suggesting a link between Soros and groups aligned against Facebook. Variety points out a writer for the Daily Caller who confirmed the contact.

As for specific executives like Zuckerberg and COO Sheryl Sandberg, they're cast as either unaware of threats or, in the case of Sandberg, angry when she found out that then-security chief Alex Stamos had begun looking into Russian misinformation without getting approval first. Arguments against coming out strongly against Russian meddling or determining that a post by Donald Trump violated its TOS are attributed to former George W. Bush administration member, and current Facebook exec, Joel Kaplan.

While we've continuously heard from Facebook about its shifting response to issues like Russian-sourced pages and posts of misinformation, it has not yet responded to this report -- which the NYT said it based on interviews with more than 50 people -- to confirm or deny details.

Update: While there hasn't been any official response, CEO Mark Zuckerberg did make an interesting appearance on social media this evening, via a tweet from Kanye West. Meanwhile, House of Representatives member and likely incoming chairman of the Judiciary Subcommittee on Regulatory Reform, Commercial and Antitrust Law David Cicilline tweeted that "Facebook cannot be trusted to regulate itself."

Update 2: Early Thursday morning, the New York Times reported, based on a source, that Facebook has cut ties with Definers. It also included a statement from Facebook that said "It is wrong to suggest that we have ever asked Definers to pay for or write articles on Facebook's behalf, or communicate anything untrue. The relationship with Facebook was well known by the media — not least because they have on several occasions sent out invitations to hundreds of journalists about important press calls on our behalf."

We sang Backstreet Boys I want it that way pic.twitter.com/IzGHk7i7OP

This staggering report makes clear that @Facebook executives will always put their massive profits ahead of the interests of their customers.

In this article: business, entertainment, facebook, politics
All products recommended by Engadget are selected by our editorial team, independent of our parent company. Some of our stories include affiliate links. If you buy something through one of these links, we may earn an affiliate commission.
Share
Tweet
Share