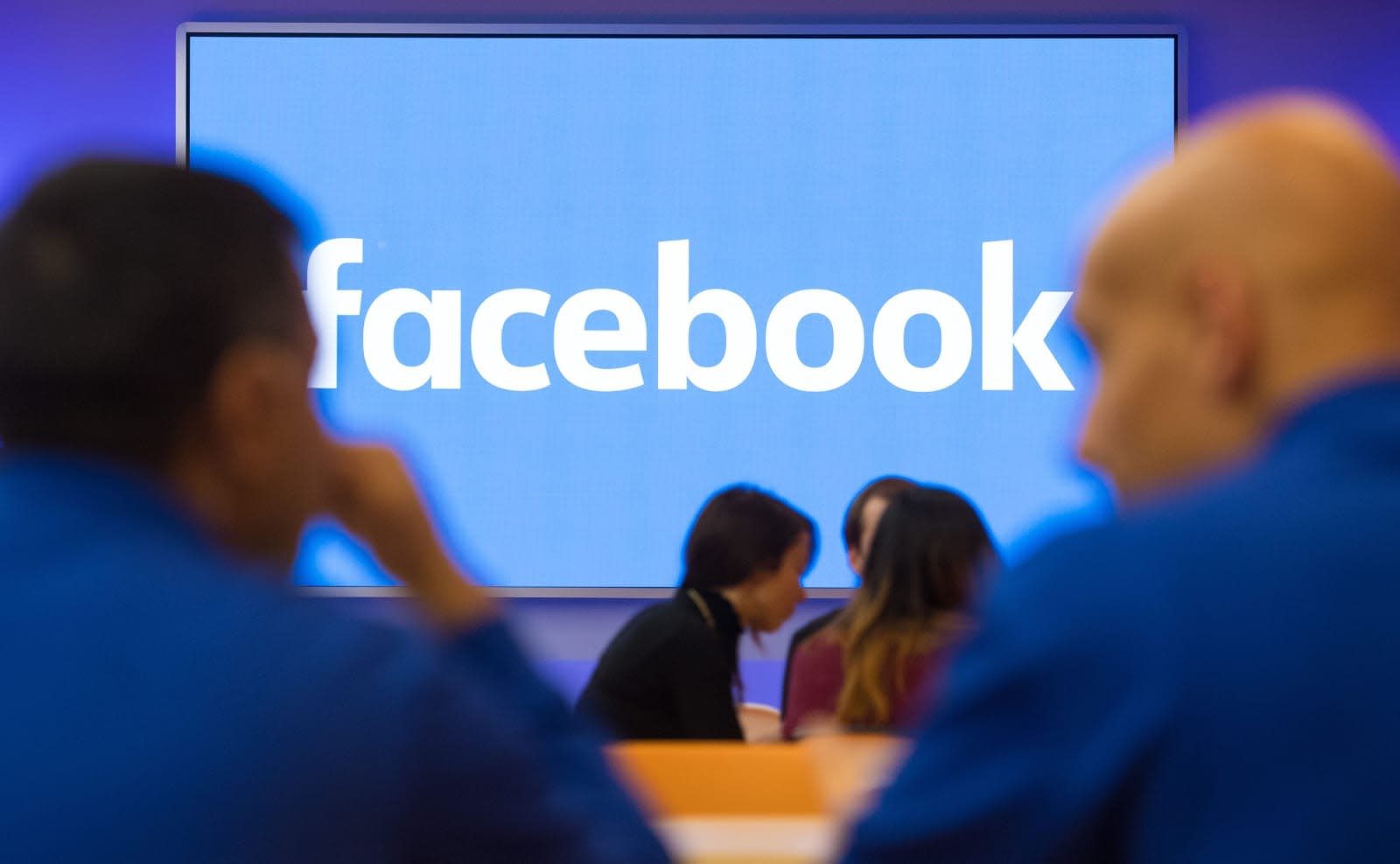 Facebook has been mired in bad news lately, including numerous data privacy scandals, criticism over its role in Myanmar violence and a tumbling stock price. As such, employee morale has fallen, with just 52 percent of employees saying they're optimistic about Facebook going forward, according to the Wall Street Journal. That's down from 84 percent a year ago, meaning a third of Facebook's employees think the company's future is less than rosy than they did in late 2017.

Just under 29,000 workers (of more than 33,000 in total) at the embattled company participated in the biannual pulse survey, which takes place each April and October. In the most recent poll, just over half reportedly said they felt Facebook was making the world a better place -- a drop of 19 percentage points from last year. Meanwhile, 70 percent said they were proud to work at Facebook, down from 87 percent, and overall favorability towards the company dropped from 73 to 70 percent since last October's poll.

Workers said they plan to stay with Facebook for another 3.9 years, on average, down from 4.3 years in late 2017. Around 12 percent apparently plan to leave within a year. Some ex-employees told the WSJ that those numbers typically increase with each survey.

Some respondents claimed they were concerned about Facebook's emphasis on growth, which it's apparently prioritizing over things such as innovation, and the company's focus on its core platform over the likes of Instagram and WhatsApp. Leadership changes haven't helped bolster confidence either, with the company's top lawyer, Instagram's co-founders and WhatsApp's creators all departing recently.

CEO Mark Zuckerberg discussed the survey results in a Q&A earlier this month, according to the report, and said that he and Facebook's other executives were working on ways to address issues. Whether he can mitigate the damage to employees' stock options is another matter -- the stock price has fallen 35 percent over the last four months.

There was some positive news for Facebook from the survey, as most employees (81 percent) are on board with the company's mission to "give people the power to build community and bring the world closer together." That number is about the same as a year ago. Morale has also apparently started to improve after the company handled the midterm elections seemingly without any significant problems, a stark counterpoint to the widely-slammed way it dealt with issues surrounding the 2016 election. However, that uptick in sentiment wasn't reflected in the survey, which was carried out before voters went to the polls.

In this article: business, employeemorale, facebook, gear, instagram, markzuckerberg, morale, shareprice, stockoptions, stockprice, whatsapp
All products recommended by Engadget are selected by our editorial team, independent of our parent company. Some of our stories include affiliate links. If you buy something through one of these links, we may earn an affiliate commission.