Episode search, improved syncing and Siri Shortcuts are just some of the additions.

Even with a number of workable free services for listening to podcasts, Pocket Casts is a popular option for episodic audio. Indeed, it does cost you a few dollars, but the app is well designed and offers a more comprehensive feature set that some of the free software doesn't. Following its sale, in May, to a public radio group that includes NPR, Pocket Casts is debuting a big overhaul today that makes what many consider to be the best podcast repository even better.

The UI will feel somewhat familiar, but you'll notice that a few things have been tidied up. Specifically, the individual podcast episode lists and the player interface were where the tweaks stood out to me the most -- with changes to color, icons and layout. However, everything you need to use regularly is still easy to find.

As far as more features are concerned, Pocket Casts now offers a truckload of new tools for your podcast habit. For me, someone who uses the app daily, the two biggest additions are episode search and the ability to play a podcast without having to subscribe to it. The latter was a minor annoyance I could overlook, but still, being able to immediately get at what you need without having to commit is much better. After using the new version of the app for a few days, episode search comes in handy for locating an archived show you want to revisit or an older installment that a friend recommends. It's also super easy to use, thanks to a search box that sits atop the episode list on each podcast's page. 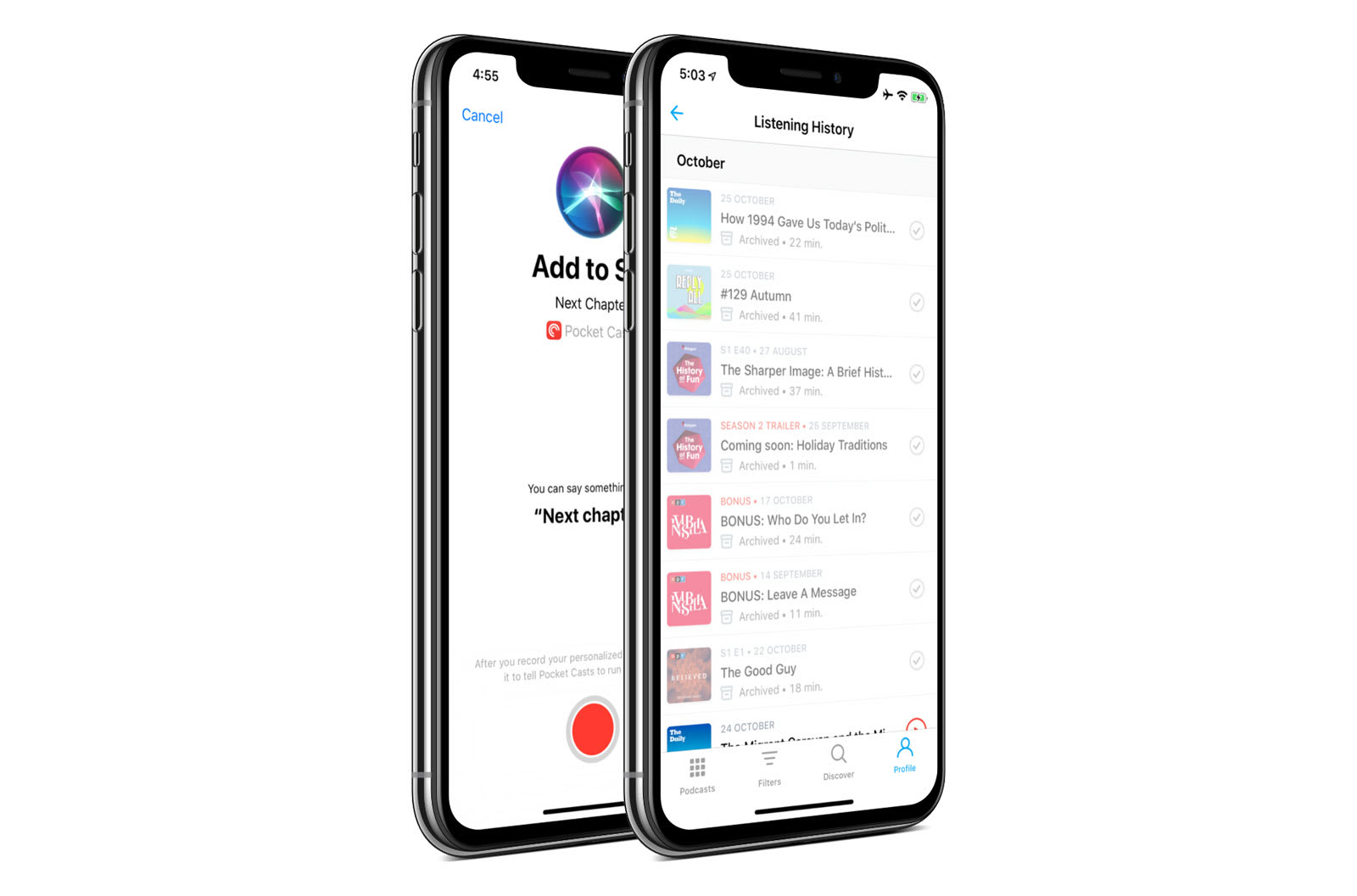 Siri Shortcuts are also available as part of this new version, bringing more specific voice control to Pocket Casts. Once you set it up inside the iOS version of the app (by recording your voice cue), the virtual assistant can quickly help with things like playing a specific podcast or playback controls like resume, pause, skipping chapters and more. Pocket Casts also touts improved recommendations and better syncing across devices among the changes. Lists and episode progress syncing across mobile and desktop hasn't been great in the past, so, as a frequent user, that's a welcome change. And speaking of the desktop, the web-based interface has been revamped with a new look and new features, too.

There are some changes to existing features as well -- tweaks to items like filters, archiving, playback effects, listening history and Apple Watch support, all of which are aimed at helping you stay organized and making that podcast habit seem like less of a chore. Pocket Casts is available on iOS and Android ($3.99) as well as the web ($9). It's compatible with both CarPlay and Android Auto, for your commute, and with speaker setups like Sonos, Google Home (via Cast) and the HomePod (via AirPlay 2).

All products recommended by Engadget are selected by our editorial team, independent of our parent company. Some of our stories include affiliate links. If you buy something through one of these links, we may earn an affiliate commission. All prices are correct at the time of publishing.
Pocket Casts' new features make it arguably the best podcast app
android
app
audio
av
entertainment
gear
hands-on
ios
pocketcasts
podcasts
software
thebuyersguide