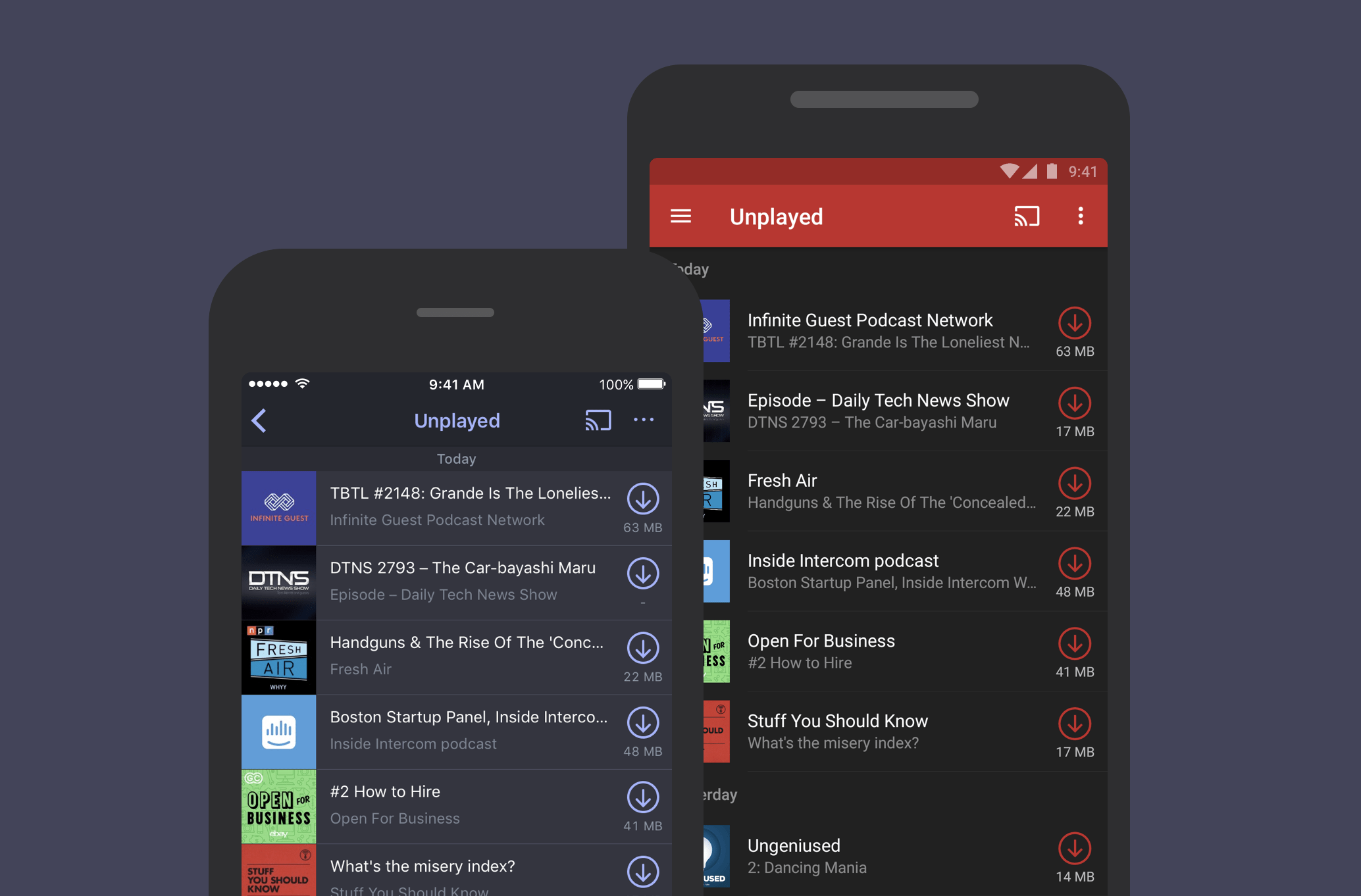 Pocket Casts' discover section currently highlights featured, trending and popular shows. The app also includes an Up Next function, which can automatically build a podcast queue for you.

Developer Shifty Jelly said in a blog post while it had received previous offers from other suitors, it had turned them all down. It accepted the group's offer because "everything from their not-for-profit mission focus, to their unwavering belief that open and collaborative wins over closed walled gardens resonated deeply with us." The developer hammered home the point that nothing is immediately changing in the app. Instead, it's using its new resources to improve Pocket Casts.

There's no real indication that the NPR group will use Pocket Casts as their exclusive podcast home -- they are in public radio, after all, and Pocket Casts is a paid app. NPR has its own app, NPR One, and still distributes its podcasts through other apps and platforms.

Shifty Jelly hinted at some future plans for Pocket Casts. It may be the case that some of NPR One's features are rolled in, such as letting the app know when you like a story on its personalized stream and skipping the ones you're less interested in. That might help Pocket Casts learn your preferences and suggest new shows in a more tailored fashion, perhaps through the Up Next queue.

At the very least, the move will help the public radio group have more of a dedicated home amid the podcast app diaspora. The members could harness the immense popularity of their shows to direct listeners to Pocket Casts, though NPR has been reluctant to promote its own podcasts and app.

In this article: app, business, gear, mobile, npr, pocketcasts, podcast, podcasting, services, shiftyjelly, thisamericanlife, wbez, wnyz
All products recommended by Engadget are selected by our editorial team, independent of our parent company. Some of our stories include affiliate links. If you buy something through one of these links, we may earn an affiliate commission.