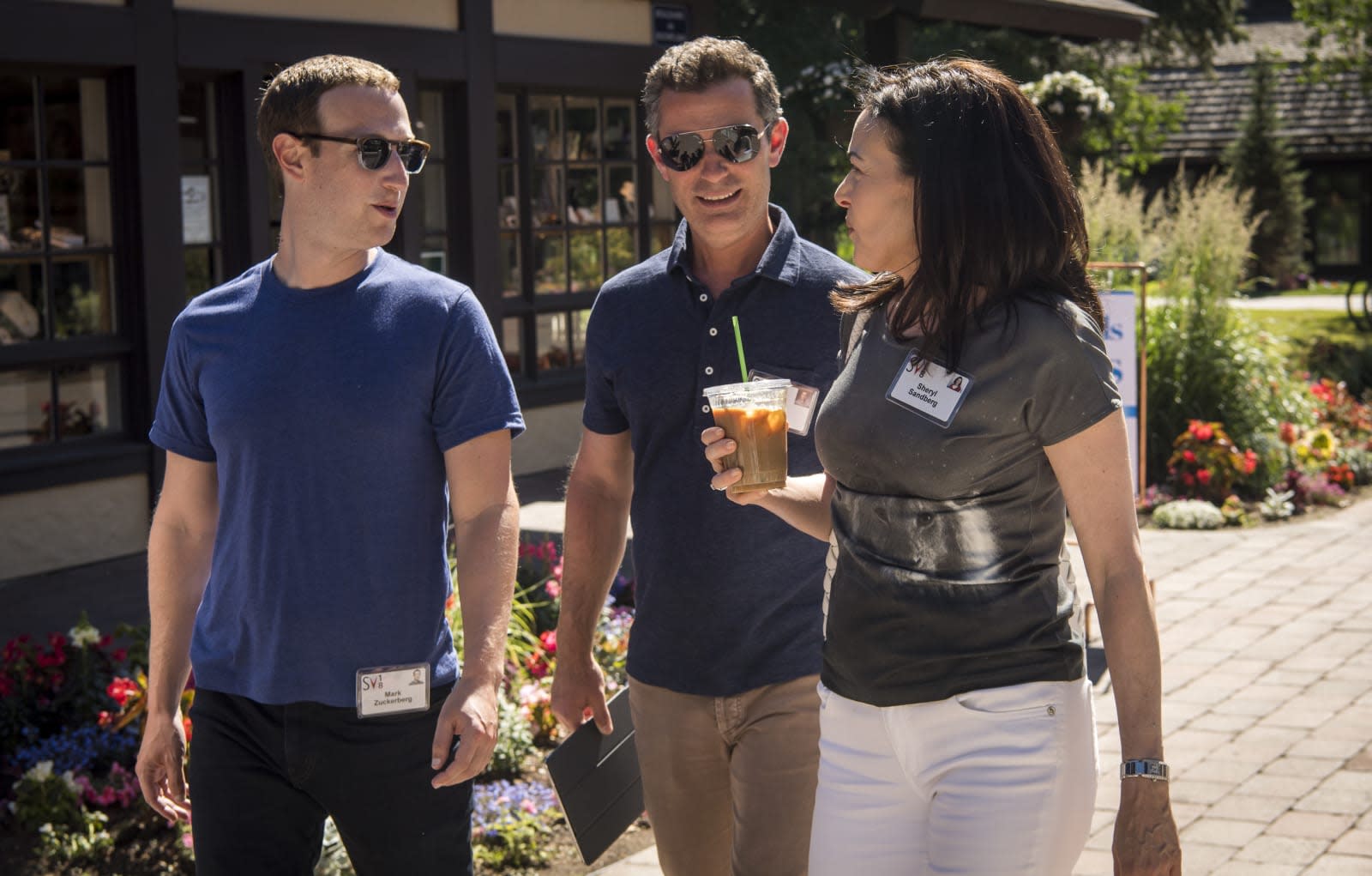 The New York Times recently published a bruising Facebook report saying, among other things, that the social network knew about Russian interference well before it said, feared Trump supporters and lobbied against critics. The nature of the article stunned even jaded tech observers, but now Facebook has issued a point-by-point rebuttal. It denied that it knew about Russian activity as early as spring of 2016, prevented security chief Alex Stamos from looking into it and that it discouraged employees from using iPhones out of spite for Tim Cook's comments.

Because of the length and complexity of the original article, the NYT published a mini-version with "6 key takeaways." The first, and most devastating, is that Facebook found signs well before the election, in the spring of 2016, that Russian hackers were "poking around the Facebook accounts of people linked to American presidential campaigns." Worse, it claimed that the company held the information back, even internally, for "over a year."

Facebook denies much of that, saying it and only noticed the meddling "leading up to election day in November 2016," and shut down the affected accounts. It added that it never discouraged Stamos from investigating Russian activity, but rather, "Mark and Sheryl expanded Alex's work." However, the NYT never actually said that Zuckerberg prevented Stamos from investigating the Russian leaks, only that Sheryl Sandberg was angry that he did it without permission.

Mark and Sheryl have been deeply involved in the fight against false news and information operations on Facebook — as they have been consistently involved in all our efforts to prevent misuse of our services.

Another major NYT critique was that "the company feared Trump supporters," which is why it decided to let his comments about the Muslim ban stand on the site. However, Facebook said while they were "abhorrent to many people, [the comments] did not break our Community Standards for the same reasons The New York Times and many other organizations covered the news: Donald Trump was a candidate running for office. To suggest that the internal debate around this particular case was different from other important free speech issues on Facebook is wrong."

Facebook also said that "Mark and Sheryl have been deeply involved in the fight against false news," rather than fighting against it, and that Sandberg championed sex trafficking legislation because "it was the right thing to do," not to make rival tech companies look bad. It added that "we've long encouraged our employees and executives to use Android because it is the most popular operating system in the world," and never did it to spite Tim Cook.

Finally, Facebook said that it used the consultant Definers Public Affairs to look into the funding of "Freedom from Facebook" to prove it was not a grass-roots organization, "but supported by a well-known critic of our company," presumably liberal financier George Soros. "To suggest that this was an anti-Semitic attack is reprehensible and untrue," the company said.

Tim Cook has consistently criticized our business model and Mark has been equally clear he disagrees. So there's been no need to employ anyone else to do this for us. And we've long encouraged our employees and executives to use Android because it is the most popular operating system in the world.

Except for the dates when it knew of the Russian attacks, Facebook doesn't appear to be attacking the facts of the reports, but the interpretation. For instance, the NYT never said that what Facebook did was anti-Semitic, but rather that it was using Definers to depict attacks against it as anti-Semitic. "It also tapped its business relationships, lobbying a Jewish civil rights group to cast some criticism of the company as anti-Semitic," the report stated. Many of its other responses, including the Stamos investigation, fall along the same lines -- rebutting points that the NYT never made.

Facebook said it never tried to hide its ties with Definers or asked it to spread false information. "It is wrong to suggest that we have ever asked Definers to pay for or write articles on Facebook's behalf, or communicate anything untrue," a spokesperson said. Nevertheless, last night the NYT reported that the company had cut ties with the firm.

In this article: AlexStamos, business, facebook, gear, internet, MarkZuckerberg, NYT, politics, Russia, SherylSandberg, TimCook
All products recommended by Engadget are selected by our editorial team, independent of our parent company. Some of our stories include affiliate links. If you buy something through one of these links, we may earn an affiliate commission.