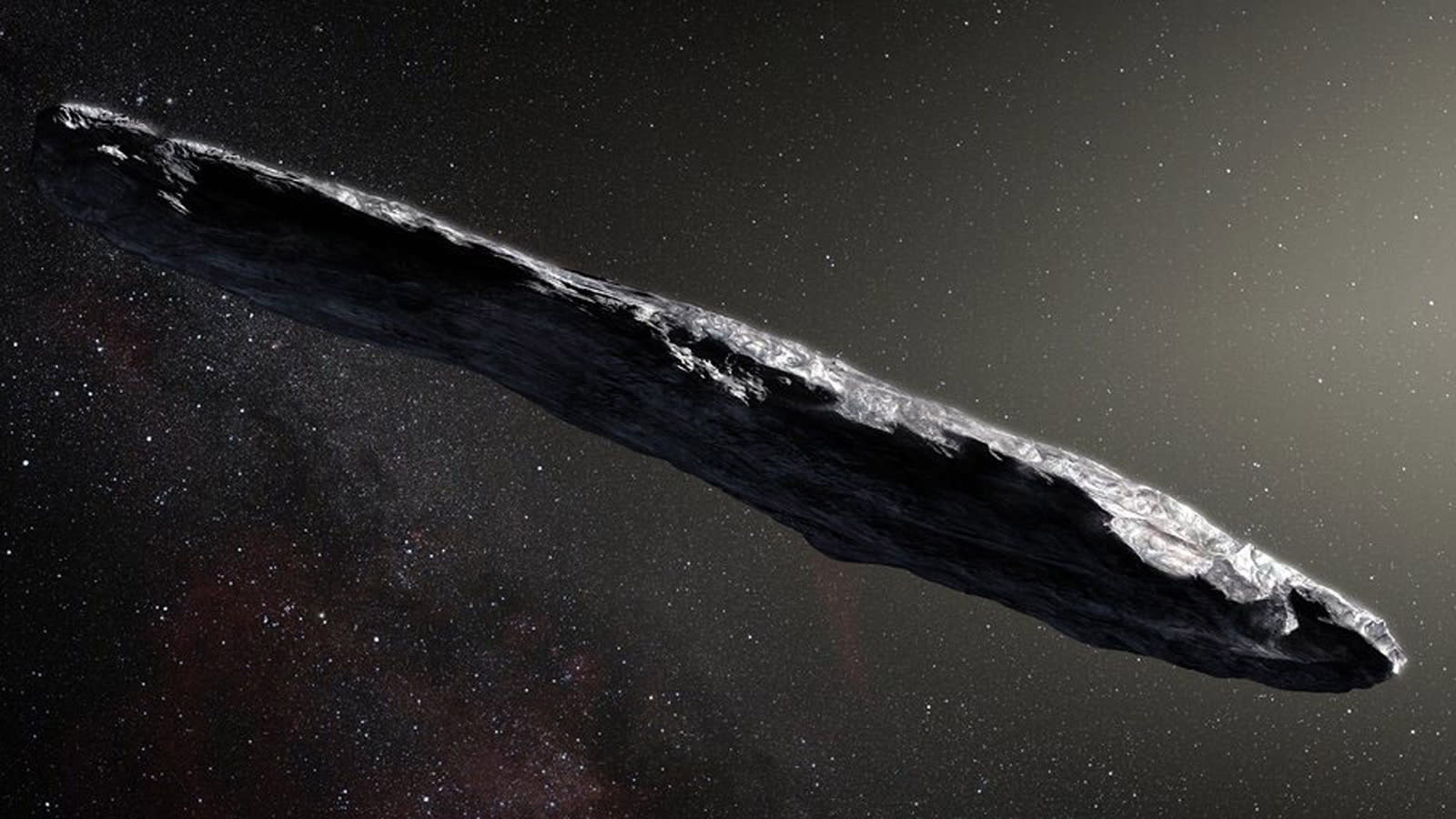 After no small amount of mystery, we're starting to understand more about 'Oumuamua, the first known interstellar object to visit the Solar System. A newly published study indicates that the object can't be that large, for one thing. As the Spitzer Space Telescope's infrared detection couldn't catch the cigar-shaped entity, that makes it relatively small. It's likely less than half a mile (2,600 feet) at its longest. It also can't have a diameter larger than 1,440 feet, and that figure could be as small as 320 feet.

The research also found something unusual: it's extremely reflective, potentially up to 10 times more than Solar System comets. Just what caused this isn't certain, though. It could be that 'Oumuamua lost a lot of its surface dirt and dust as it passed near the Sun, which (combined with gas from the object itself) left it covered in reflective ice and snow. This happens with local comets, although not necessarily to this degree.

There's one major problem with verifying details: it's likely too late. The object is now roughly as far from the Sun as Saturn, and that puts it too far away for study by current space telescopes. Whatever its exact nature, we may have to wait a long while to get more answers -- if we get any at all.

In this article: astronomy, astrophysics, comet, gear, interstellarobject, oumuamua, space, SpitzerSpaceTelescope
All products recommended by Engadget are selected by our editorial team, independent of our parent company. Some of our stories include affiliate links. If you buy something through one of these links, we may earn an affiliate commission.